Who is after Lukashenka: which Belarusian president would be beneficial to Russia 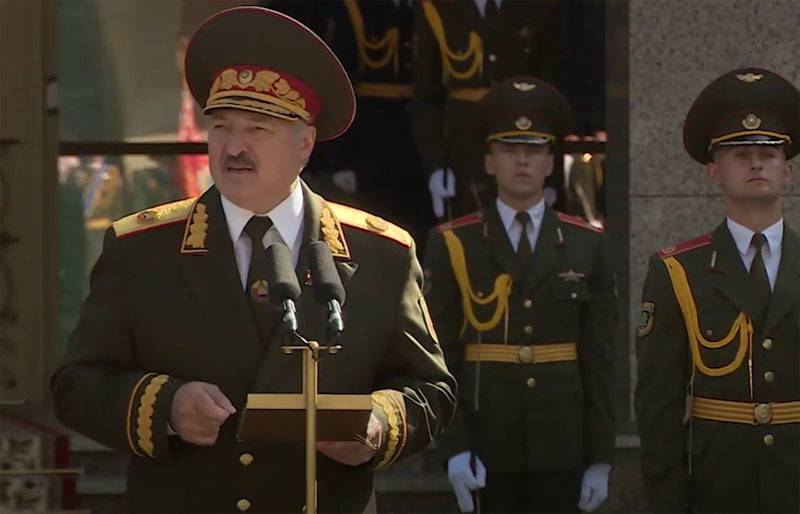 The tumultuous events in Minsk showed that Alexander Lukashenko is still a "tough nut to crack," as "Mike and Nick" used to say. The pro-Western forces did not succeed in dropping him like Viktor Yanukovych: the scenario of the Kiev Maidan in Minsk turned out to be untenable. The siloviki fully supported the president, and the sympathies of the bulk of the population, as it should be assumed, are rather on his side. But the fact that Lukashenka manages to retain power today does not mean that it will be so tomorrow: everything passes, and the time of the “Belarusian daddy” rule will also come to an end.


Which president in Belarus would be beneficial to Russia. It's worth pondering.

So, today the question of a successor inevitably arises. And here Lukashenka himself has a weak spot: like many authoritarian rulers, he did not think in time about who could replace him as the head of state, or made plans to erect one of his sons after himself as president. The latter option, by the way, is not so unviable: for example, Bashar al-Assad has long led Syria after his father Hafez Assad passed away. Why go far, even in the "stronghold of democracy" of the United States there are hereditary presidents like the Bush.

But it is one thing - whom does Lukashenko himself want to keep in the presidency, and quite another - who in this capacity will be beneficial to Russia. It is in the interests of our country to leave Belarus in the sphere of Russian influence, while preventing pro-Western proteges from coming to power. Accordingly, the promising president of Belarus should have, first of all, immunity from excessive love for everything American and European. The course is towards Moscow and the further development of relations with Russia within the framework of both the project of the union state and the broader Eurasian partnership.

At the same time, the promising president of Belarus should not flirt strongly with Belarusian nationalism. In recent years, Lukashenko has significantly changed his foreign policy and tried to show Russia his teeth. It didn't work out - as soon as protesters poured out onto the streets of Minsk, it turned out that there was simply no one to turn to Vladimir Putin, no one in the West saw him at the head of the Belarusian state, and homegrown nationalists always opposed him, considering him too pro-Russian ...

By the way, a nationalist president will not be useful to Belarus itself, as this will inevitably entail internal problems in the Belarusian state itself. Artificial confrontation between the Belarusian and Russian according to the Ukrainian scenario can lead, if not to the disintegration of the country, then to a significant destabilization of the situation, and least of all the Belarusians themselves need it.

Thus, the President of Belarus, who will replace Lukashenko, should be guided not by the West, but by Russia, but at the same time not repeat the mistakes of the old man and not flirt with anti-Russian nationalism. The support of such a person should be the inhabitants of Belarus, and not the bureaucracy or narrow political forces.

At the same time, he must be such a politician who would be strong enough to prevent numerous provocations and in the bud crush subversive activities against Belarus as an ally of Russia. After all, there is no doubt that the West will not stop its hostile activities in Belarus.

With the departure of such a strong figure as Lukashenko, the United States and NATO will try to further shake the situation in the republic and achieve the coming to power of anti-Russian forces. For this, a variety of measures will be taken - from attempts to bribe representatives of the Belarusian elite to provoking mass riots, it is possible that with planned victims.

Finally, which is also very important for the modern Belarusian reality, such a leader should have unconditional authority among the Belarusian security forces. Lukashenka has it with interest: he was unconditionally supported by the army, and the security organs, and the internal affairs bodies. Therefore, it is also important for his successor to enlist the support of people in uniform, otherwise the consequences, in conditions of constant pressure from the West and provocations of the pro-Western opposition, may be the most unpredictable.

But, perhaps, the most important feature of a person who will ascend to the presidency after Alexander Lukashenko is predictable and, if I may say so, "one-vector". In case of the well-known "shuffling" from side to side, the internal political field in Belarus itself will not become calm and beneficial for development.

Ctrl Enter
Noticed oshЫbku Highlight text and press. Ctrl + Enter
We are
Situational analysis of the death of the MH17 flight (Malaysian Boeing 777), made on the basis of engineering analysis from 15.08.2014Results of the week. "God forbid to see Russian revolt, senseless and merciless!"
Military Reviewin Yandex News
Military Reviewin Google News
118 comments
Information
Dear reader, to leave comments on the publication, you must sign in.