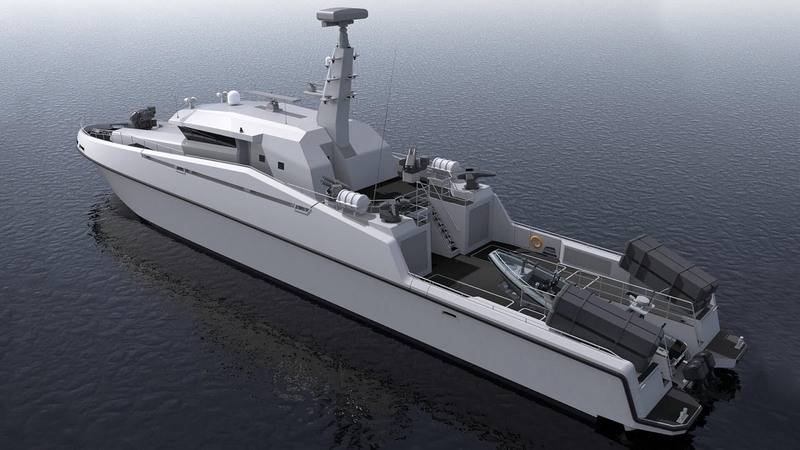 The British boats proposed for construction for the Ukrainian Navy will not have Ukrainian anti-ship missiles "Neptune". It is reported by the Odessa edition "Dumskaya".


Naval Forces Commander Rear Admiral Oleksiy Neizhpapa met with the Defense Attaché at the British Embassy in Ukraine, Royal Navy Commodore Tim Woods. As the newspaper writes, the parties discussed obtaining new types of weapons, including the issue of building new boats for the Ukrainian fleet.

According to Dumskaya, the Commander-in-Chief of the Naval Forces of Ukraine has given preliminary consent to equip boats with Norwegian Naval Strike Missile (NSM) anti-ship missiles instead of the Neptune anti-ship missiles offered by Ukraine. In addition, Neizhpapa expressed a desire to strengthen the artillery armament of the boats by installing larger caliber guns, despite the change in the cost of building and centering the boats.

Also, the Ukrainian side expressed a desire to build not eight boats, as previously planned, but six. Instead of two more, according to the commander-in-chief of the Ukrainian Navy, two minesweepers should be built.

For its part, Britain said it expects from Ukraine a final decision on the characteristics of the proposed ships. According to the Ambassador of the United Kingdom in Kiev Melinda Simmons, the Minister of Defense of Ukraine is expected to visit London with a final proposal for the construction of boats.