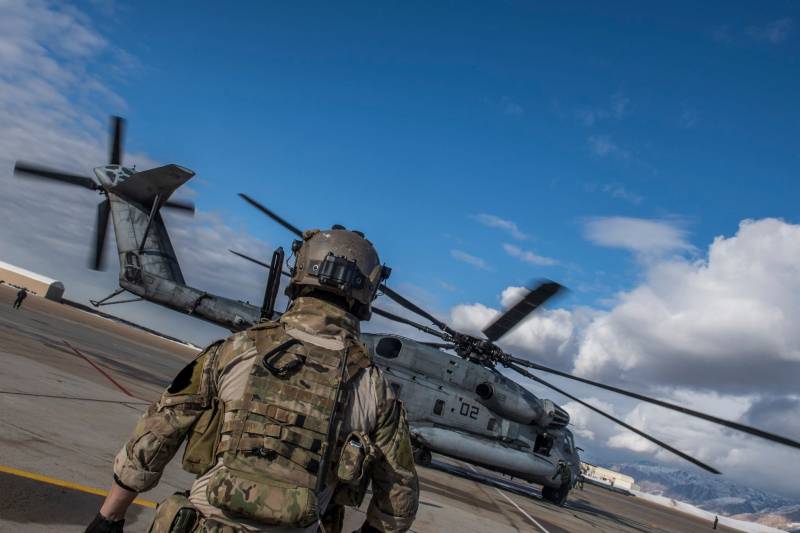 The United States continues to reform the training system for American special forces. We are talking primarily about the changes made to the training system of the so-called "green berets", which are used, among other things, for sabotage and counter-partisan actions.


The American press publishes materials that tell about the purpose of the training system reforming, as well as about the innovations that are being implemented in practice.

American columnist Joseph Trevithick writes in The Drive that the training system for Green Berets includes the practice of dealing with "difficult targets." From material in the American press:

The mission shift of some spetsnaz units is part of a broader campaign to prepare for serious battles with Russia and China.
In the United States, they do not hide who the special units are specifically preparing against, while, as was usually reported earlier, now there is no talk at all about any counteraction to terrorism. It is noted that the "green berets" are going to better prepare for serious conflicts with potential opponents "comparable to the United States in their strength."

To implement the new program, the Pentagon has already requested funds to create a secret Joint Special Operations Command.

Special forces from the 1st US Special Operations Command (1 SFC-A) have already been involved in training for the new programs.

At the same time, the US press complained that the Pentagon has not yet concretized the following: what exactly does the concept of a "difficult goal" mean?

At the same time, some excerpts from the program are published. For example, the "green berets" are being trained for an operation in the fictitious country of Naruvu. According to the preparation scenario, this country is located in Africa. The preparation script says that the intelligence has reported about the activation of China in this "state." In particular, "China is creating an infrastructure that can be used by the military." We are talking, for example, about the operation of a deep-water port.

From an article in the American press:

The US is trying to convince the Naruwa authorities of the need to curtail contacts with Chinese representatives. Then a cache with weapons.
It tells how the "Naruvu government" exchanges data with the United States, which ultimately allows "to reveal the military activities of China." This leads to the beginning of the operation against China in the aforementioned Naruwu.

In the preparatory scenario, "it turns out" that China is building facilities in Naruwa that will harbor missiles of various classes, including surface-to-air missiles - those that "will challenge air routes across the Atlantic."

Further, the army special operations forces are used to block the implementation of the "Chinese plans." We are talking about an operation to destroy these objects, including with a possible opposition from a well-armed enemy. During the operation, spetsnaz attempts to simultaneously destroy several "difficult targets" at once.

On this basis, the Western press concludes that "difficult targets" are fortified targets, as well as centers with the deployment of weapons of mass destruction, command posts with critical infrastructure.

Ctrl Enter
Noticed oshЫbku Highlight text and press. Ctrl + Enter
We are
Reports from the militia of New Russia for 27-28 September 2014 of the yearYuri Drozdov: Russia prepared the role of the sacrificial calf
Military Reviewin Yandex News
Military Reviewin Google News
29 comments
Information
Dear reader, to leave comments on the publication, you must sign in.