Military alliances - an urgent need or a relic of the past 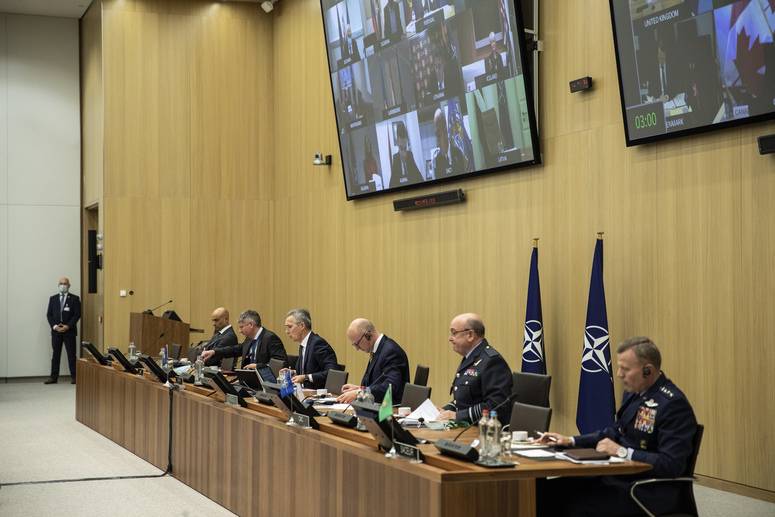 The simple truth "in unity is strength", for sure, was comprehended by the leaders of the first human detachments, who had to lead their fellow tribesmen to battle with their neighbors for better hunting grounds or more comfortable caves. Since then, what kind of associations based on the desire to defeat the enemy did not know those who spent most of their wars in wars stories population of planet Earth. There were a great many of them - from the Anti-Assyrian coalition, military alliances of antiquity and the Middle Ages to the Entente, the Anti-Comintern Pact, and, of course, the Anti-Hitler coalition, memorable to us from school.


Perhaps the most powerful formations of this kind were the North Atlantic Treaty Organization founded in 1949 and the Warsaw Pact Organization, which appeared in 1955, in response to it from the countries of the socialist camp. A real collision of these two blocks in battle, perhaps, would not have left anything alive on our planet, since their confrontation took place already in the era of nuclear weapons, which was available in more than sufficient quantity on both sides.

In 1991, with the death of the USSR, the OVD also ceased to exist. Nevertheless, NATO, despite the seemingly complete, final and irrevocable disappearance of that particular armed force, to protect against which it was created, has not disappeared anywhere. On the contrary, it began to grow. The states occupying the leading positions in it very quickly realized that in addition to the "Soviet threat" in this world, you can usefully fight a lot more with what. For example, with "international terrorism" or simply with objectionable political regimes. However, it was precisely the anti-Russian bias that remained evident.

Today, there are not many international organizations in the world that, with a greater or lesser degree of certainty, can be classified as military-political alliances. This, of course, is the North Atlantic Alliance and the Collective Security Treaty Organization, which has been its counterweight since 1992. The last thing that would be a sin to conceal is how far from the "Warsaw Pact" that frightened the West. In addition to Russia, the CSTO includes Belarus, Armenia, Kazakhstan, Kyrgyzstan and Tajikistan. There are many questions about its activities.

There is also ANZUS, a rather strange company made up of the United States, Australia, and New Zealand. Moreover, the Americans and the New Zealanders are in a long-standing and serious quarrel, so that relations with all the participants, in fact, are supported only by the Australian side. There is also the Defense Community of Five Powers, uniting Great Britain and its four former colonies - all the same Australia with New Zealand, as well as Malaysia and Singapore. The collective security of the Scandinavian countries (Denmark, Norway, Sweden, Finland and Iceland) must be ensured by the Northern European Defense League. All the rest is agreements reached "in a narrow circle" between individual countries.

The problem with modern alliances of this kind is that they are political rather than military associations. Today, no one wants to conduct real combat operations in the interests of the allies with the risk of incurring colossal material and human losses. And this is fraught with too much trouble - the "world community" will immediately begin to condemn, "express deep concern", and even introduce various sanctions. And who needs it?

The notorious Article 5 of the NATO Charter, with which the West is so fond of scaring Russia, is in fact nothing more than an extremely general declaration, which, in fact, does not oblige anyone to anything. It is about committing, when attacking one of the members of the Alliance by its allies, actions "which they deem necessary" ... They may even limit themselves to expressing deep condolences - and this will not be a violation of the charter. In practice, this article has never been applied and is unlikely to be applied at least once. Many NATO member states have too different interests today, even directly opposite and mutually exclusive.

So, for example, the "meeting" of the Foreign Ministers of the Alliance countries, which took place just the other day in the online conference mode, boiled down to a very stormy clarification of relations and settlement of mutual accounts between them. The tone was set by the US Secretary of State Mike Pompeo, who attended the event, who attacked Turkey with accusations of “defiant behavior” and “provocative actions” that “undermine the unity” of the organization. Ankara remembered everything - from the purchase of the S-400 and offshore drilling in the Mediterranean to the recent events in Nagorno-Karabakh.

Greek Foreign Minister Nikos Dendias took over from the "senior comrade" and began to demand that the Turkish side, which, in his opinion, "the main troublemaker" in Eurasia and beyond, observe "international law". His Turkish colleague Mevlut Cavusoglu did not hesitate with an answer and gave it, also not at all embarrassed in expressions. He accused Athens of "excessive demands" and "unfounded ambitions", flatly refusing to accept the claims made against his country. In the end, the conference turned into a squabble over the envy of the kitchen of a communal apartment of the past. That's all "unity" ...

Today, great tension persists in Turkey's relations not only with its eternal geopolitical adversary, Greece, but also with other leading NATO members, the United States and France. In the current realities, it is rather problematic to assume that the soldiers of these countries would stand shoulder to shoulder on the battlefield. Yes, they are united by a number of common goals and priorities, but it is somehow not very appropriate to call this company a military alliance. Rather, the North Atlantic Alliance has turned into a gathering of purely ad hoc partners, a kind of "club of interests" where the United States is trying to run everything. An example is, if only, that the Baltic military are sent to Afghanistan and Mali ... It is difficult to say who among ordinary citizens in the same Lithuania and Latvia considers the presence of their soldiers in these countries even as consistent with national interests. A much more obvious explanation is all-round confrontation between Russia and China for the sake of overseas interests.

In such a situation, military alliances today are definitely not an urgent need, but a relic of the past. Adding weight to this thesis is also added by the fact that many "allies" today are forced to keep the borders locked even from each other, and, as you know, the point here is not in the military component.

Ctrl Enter
Noticed oshЫbku Highlight text and press. Ctrl + Enter
We are
About Stalin and KhrushchevList of destroyed the largest and most high-tech enterprises
Military Reviewin Yandex News
Military Reviewin Google News
21 comment
Information
Dear reader, to leave comments on the publication, you must sign in.