How Russia can respond to Moldova's demands for the withdrawal of peacekeepers from Transnistria: versions and considerations 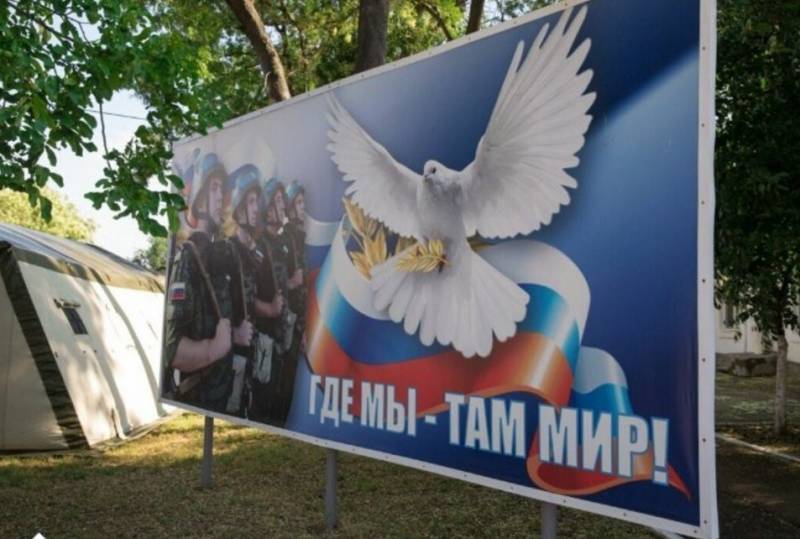 Material in the "Opinion" format is published in the "News"for technical reasons.

Transnistria and Karabakh are two “hot spots” on the map of the post-Soviet space, which have much in common. And there, and there, conflict situations arose at approximately the same period, against the background of the collapse of the Soviet Union. Both the NKR and the PMR are still in the status of unrecognized republics, in fact possessing all the attributes of states - from symbols to the armed forces.

Of course, the Russian military presence in Transnistria has never, to put it mildly, pleased the Moldovan side, behind which loomed Romania and then the EU, the US and NATO. Although it is the peacekeepers who have been and remain to this day the main guarantee of peace and security in the region, since no one can now promise that the conflict will not flare up with renewed vigor. The example of Karabakh is quite capable of inspiring the Moldovan authorities to take revenge against the PMR, if Russian peacekeepers leave there. Moreover, this time Ukraine will definitely help Chisinau, if only for reasons of anti-Russian solidarity.

Annexing Transnistria to Moldova is much easier than incorporating Karabakh into Azerbaijan. First, there has never been such a level of interethnic tension in Transnistria. Secondly, the Russian population of the PMR is gradually flowing to Russia, where there are much more opportunities for implementation than in a republic that has been living in an economic and political blockade for many years. But, at the same time, the majority of Pridnestrovians, of course, do not want to find themselves in the position of second-class citizens in Moldova, where generations have already grown up that do not understand Russian and are oriented exclusively towards the West.

Of course, Chisinau does not risk to act openly against the PMR while there are Russian peacekeepers. But the words of Maia Sandu are a wake-up call for both Tiraspol and Moscow. They promise the republic new problems, while they show the Russian Federation that its opponents are not going to abandon their plans.

What measures can Russia take in response? I will present several versions and assumptions.

Of course, any hostile actions on the part of Chisinau must meet with a clear answer. First of all, it can be economic sanctions, and not only in the form of a ban on the export or import of products, but also, for example, on limiting labor migration from this country to the Russian Federation. The measure is quite effective, given that many Moldovans, despite having a border with Romania, still prefer to go to work in Russia.

Another measure is the recognition of the TMR status with all the ensuing consequences as a powerful measure of protection for the Russians living there. At least - a transparent hint from the officials.

Yes, in relation to Russia and Transnistria, in this case, one can expect the introduction of new sanctions, including an attempt to completely blockade the PMR. But the Russians know how to break through any blockade ...

On the other hand, Maia Sandu should think carefully about the consequences of the withdrawal of the peacekeeping contingent. If Chisinau expects that after this they will try to establish their power in the PMR by force, then it should be recalled: at least 220 thousand inhabitants of the PMR are citizens of the Russian Federation.

A certain number of peacekeepers are now exactly the natives of the PMR with Russian citizenship, and it is clear that in the event of the start of aggressive actions against their homeland - Transnistria, they will act as they know and can. And Russia will not allow Moldova to start a war against the republic, which has a large number of Russian citizens. After all, in fact, it will be an aggression against the Russians, and therefore against Russia itself.

There is no doubt about the sad ending of any aggressive actions against the PMR, but, of course, only if the republic, for some reason, is not decided to "merge" in Moscow itself, where there are not only those politicians who are ready to maintain ties with Transnistria ... Now, unfortunately, there is little to be surprised at, and even the most previously unimaginable scenarios may well become reality in a certain situation.

Ctrl Enter
Noticed oshЫbku Highlight text and press. Ctrl + Enter
We are
The blockade of Transnistria: how the West hands of Moldova and Ukraine "arranges reservations in the center of Europe"New war in the Caucasus be?
Military Reviewin Yandex News
Military Reviewin Google News
125 comments
Information
Dear reader, to leave comments on the publication, you must sign in.