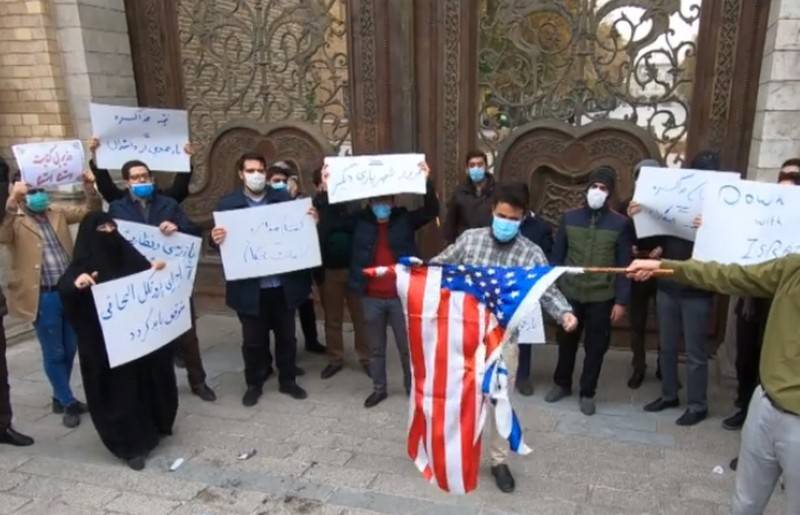 Iran has denied statements by some media about the death of one of the commanders of the Islamic Revolutionary Guard Corps (IRGC) during a drone strike on the Syrian-Iraqi border. Tasnim agency reports this with reference to informed sources.


A source familiar with the situation denied the information about the drone strike on the car, as a result of which one of the IRGC commanders, the head of the personnel department in the Al-Bukamal area, Muslim Shahdan, as well as three of his bodyguards were allegedly killed.

Earlier, the death of the commander of the IRGC was reported by the Al-Arabiya TV channel, citing Iranian sources. According to the TV channel, a drone strike on Shahdan's car was inflicted on Sunday evening in the Iraqi-Syrian border, as a result of which four people died.

The Iranian news agency claims that the announcement of the death of Muslim Shahdan was made against the backdrop of the assassination of nuclear physicist Mohsen Fakhrizadeh in order to influence public opinion.

Ctrl Enter
Noticed oshЫbku Highlight text and press. Ctrl + Enter
We are
Hussein and Muslim Gakayevs eliminated in ChechnyaTo beat or not to beat? on Iran ...
Military Reviewin Yandex News
Military Reviewin Google News
11 comments
Information
Dear reader, to leave comments on the publication, you must sign in.