Truce in Donbass. And yet it works 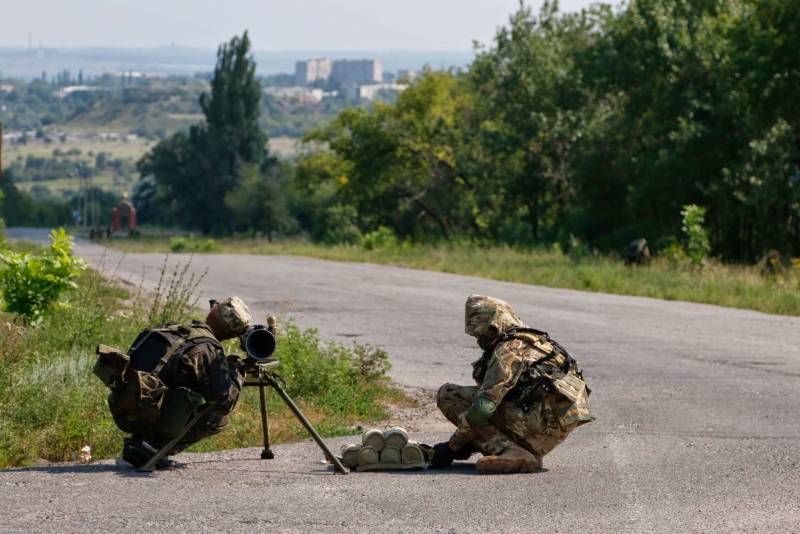 This is the fifth month of an indefinite truce. Starting on July 27, it continues. Surprisingly to the skeptics, who predicted that this time the ceasefire would be violated either in the first days, or, at best, after the local elections in Ukraine on October 25, 2020. By some miracle, a precarious balance exists today. Although violations occur almost every day. Both sides suffer chronic losses. True, there are no civilian casualties. And this is already wonderful.

It should be noted that violations are of a systemic nature. However, we are talking about small arms weapons... Sometimes about grenade launchers equipped with UAV ammunition. Or the work of snipers. Sometimes mortars even work, but the artillery is silent, and the skirmishes are sporadic and short-lived. And this is a pleasant surprise, inspiring cautious optimism. As for losses, most often we are talking about non-combat ones. Unfortunately, with the arrival of cold weather on both sides of the demarcation, alcohol is increasingly used as a warming agent, which often ends in crossbows and conflicts with shooting as a result of hazing. Mine explosions are also common.

It is worth remembering that the onset of the quietest truce in the entire history The conflict was preceded by amazing passes in Donetsk and Lugansk, when the heads of the republics suddenly announced a regime of high alert and began to threaten to respond symmetrically to any aggressive actions of Kiev. The promise was not fulfilled. But the point was clearly not in this, but in the subtext. "Curators" authorized Pushilin and Pasechnik to warn Kiev about possible serious losses, which (in case of misunderstanding) will be organized by the forces of the People's Militia with the support of the North Wind blowing in the back.

I involuntarily want to ask a question:

"Why, it was impossible before?"

Indeed, from the first days of the rule of the "peacemaker" Zelensky, tensions along the contact line have grown significantly, and dozens of soldiers and civilians began to die. Why were all these dances with a tambourine and humiliating flash mobs with requests to "accept the choice"? Was it really not clear in the sixth year of the war that Kiev would only hear the language of force? And (the most logical question) why were all these civilian and military casualties, if it was possible from the beginning to explain to the “peacemaker” comedian that Kiev would be beaten in the teeth for any antics?

In general, the situation is unique for the conflict in Donbass: for the first time, not only the People's Militia, but also the Armed Forces of Ukraine are actively forcing silence and giving a hat for breaking it. And for the first time, Ukrainian couch patriots are crying about the "ban on otvetka" and "drain". It is unclear how long this almost utopian situation will last. But there is reason to believe that something really changed this time.

The question is, how long will the truce last and what will the confrontation eventually come to? On the one hand, Kiev benefits from the sluggish conflict in the east. Especially if it will be possible to reduce military spending. At the same time, if Ukraine is ordered to launch a suicidal attack tomorrow, it will be forced to obey the order. Not to mention the fact that the escalation of the conflict is possible as political speculation.

I would like to believe that the LDNR (and moreover, the RF) is considering all possible options.

Ctrl Enter
Noticed oshЫbku Highlight text and press. Ctrl + Enter
We are
A great interview with Sergey Lavrov: about Ukraine, Obama and IranWhat you didn't want to know about England
Military Reviewin Yandex News
Military Reviewin Google News
16 comments
Information
Dear reader, to leave comments on the publication, you must sign in.