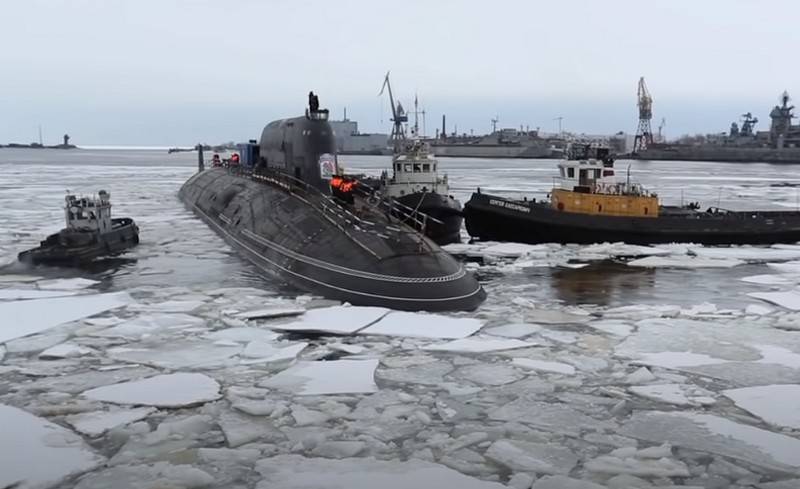 Project 885M Yasen-M, the lead multipurpose nuclear submarine Kazan, as part of the final stage of state tests, following the launch of the Kalibr cruise missile on November 23, successfully fired the Onyx anti-ship cruise missile. This was reported by the press service of the Ministry of Defense.


According to the report, the launch of Onyx was carried out from the water area of ​​the White Sea, the protection of the water area and the provision of firing were carried out by ships and vessels of the White Sea naval base of the Northern fleet... At what distance the rocket was launched and where the target was, the message does not say.

Rocket firing was carried out as part of the final stage of state tests from the White Sea. The naval target position was successfully hit by the warhead of the Onyx cruise missile
- said in a statement.

According to the plan of state tests, which are taking place at the sea ranges of the Northern Fleet, the submarine will conduct several more tests of control systems and weapons.

The Kazan entered the final stage of testing on November 21, 2020, on November 23, the submarine tested the Kalibr cruise missile. The crew and the delivery team of Sevmash are on board. According to the Ministry of Defense, in the absence of comments from the submariners, the submarine will enter the Navy by the end of the year.

The Kazan submarine, the first multipurpose nuclear submarine of the improved 885M project (Yasen-M), was launched on 31 on March 2017 of the year. Compared to the 885 Ash project, the new submarine received many improvements and new systems that have not been used on submarines before. The Yasen-M project submarines have a displacement of 13800 tons, a depth of immersion of 520 meters, a crew of 64 people, autonomy of 100 days, underwater speed - 31 knot, armed with mines, 533 torpedoes, millimeters, Caliber and Onyx cruise missiles.
Ctrl Enter
Noticed oshЫbku Highlight text and press. Ctrl + Enter
We are
The lead "Ash-M" fired in the final stage of state testsThe preliminary deadlines for state tests of the Kazan nuclear submarine of project 885M became known
Military Reviewin Yandex News
Military Reviewin Google News
38 comments
Information
Dear reader, to leave comments on the publication, you must sign in.