Field hospital of the Russian Ministry of Defense deployed in Stepanakert 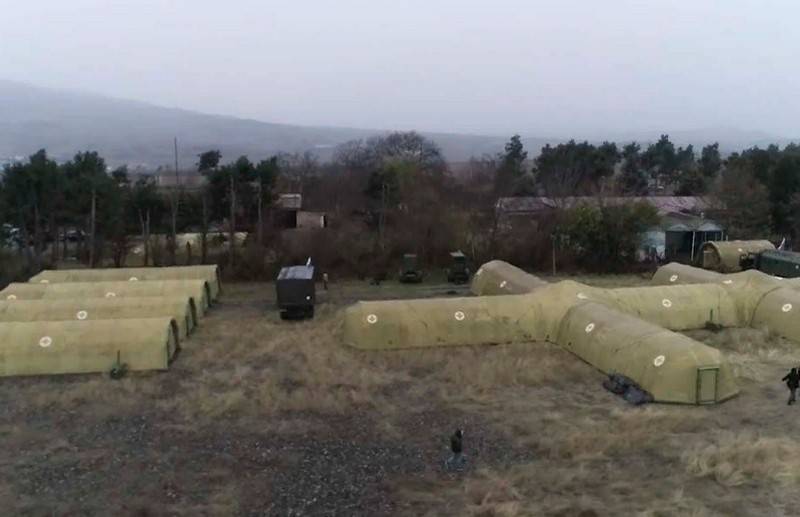 Russian peacekeepers set up a field hospital in Stepanakert. As stated in the Ministry of Defense, Russian doctors will provide assistance not only to the military, but also to the local population.


A special medical detachment arrived in Stepanakert from the Eastern Military District. Earlier, doctors and special equipment of the ceremony were delivered by Il-76 VTA aircraft of the Russian Aerospace Forces from Khabarovsk to Yerevan, after which they made a 300-kilometer march to the NKR capital, accompanied by Russian peacekeepers.

The deployment of pneumo-frame modules has now been completed. Specialists of the special-purpose medical unit will organize medical support for the peacekeeping contingent and provide all the necessary medical assistance to the population of Nagorno-Karabakh. The medical team is ready to place up to 40 people on its funds
- said in a statement.

As part of the first unit of the detachment, over 60 specialists arrived in Stepanakert, including military surgeons, anesthesiologists-resuscitators, therapists and epidemiologists. The hospital is equipped with everything you need, including ventilators, ultrasound and x-rays.

A second group of doctors will arrive shortly. In total, 122 specialists and 54 units of special equipment will work as part of a special medical detachment in Karabakh.

Ctrl Enter
Noticed oshЫbku Highlight text and press. Ctrl + Enter
We are
Today, the military transport aviation of the Air Force marks another anniversary of the formation ofNew war in the Caucasus be?
Military Reviewin Yandex News
Military Reviewin Google News
17 comments
Information
Dear reader, to leave comments on the publication, you must sign in.