"Now the ships of the Russian Navy have medium-range air defense": the US press about the appearance of the Pantsir-M air defense missile system 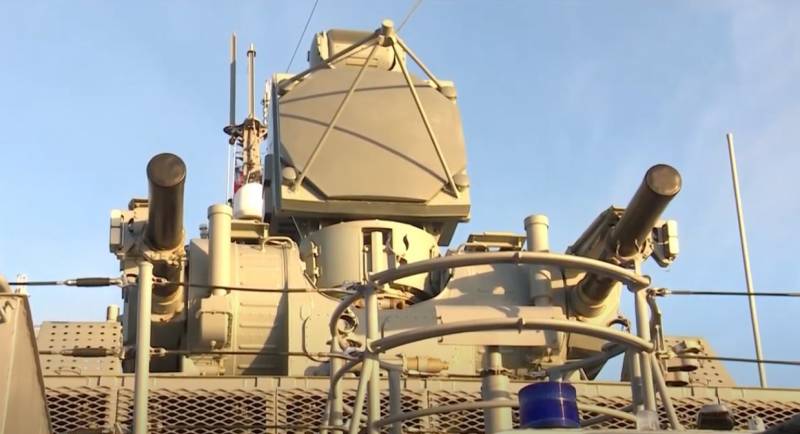 The Russian defense industry continues to develop new air defense systems to protect warships from air threats, including missiles, aircraft, helicopters, and unmanned aerial vehicles. Now the Russian Navy has a new product at its disposal.

- writes the publication Navy Recognition (USA), commenting on the equipping of the naval version of the air defense missile system of the ships of the Russian Navy.

Developed in the 1960s in the United States, the 20mm Phalanx, as explained, remains the primary weapons Melee air defense of American and allied warships.

However, this should not reassure Russian specialists, since the numerical superiority of the US and NATO fleets and the sea aviation forces Russia to strengthen the melee air defense of single warships and formations

It is indicated that anti-ship stealth missiles, such as AGM-158, LRASM, MST, NSM, have been intensively developed in Western countries. It is assumed that in the next decade, the fleets of potential adversaries are likely to be armed with hypersonic anti-ship missiles.

"Pantsir-M" is one of the answers [to these challenges]

As noted by Navy Recognition, the ground-based version of the Pantsir-S complex "proved its effectiveness in Syria" during the defense of the Khmeimim airbase and the naval point in Tartus, successfully intercepting drones and MLRS shells. The export version of the Syrian army "Pantsir-C1" demonstrated no less high performance.

MRK "Odintsovo" with ZRPK "Pantsir-M" (closer to the stern)
Ctrl Enter
Noticed oshЫbku Highlight text and press. Ctrl + Enter
We are
Reports from the militia of New Russia for 27-28 September 2014 of the yearYuri Drozdov: Russia prepared the role of the sacrificial calf
Military Reviewin Yandex News
Military Reviewin Google News
66 comments
Information
Dear reader, to leave comments on the publication, you must sign in.