December 1 2020
51
Over Pereslavl-Zalessky, against the backdrop of a general pandemic and the fight against coronavirus, the air has been smelling for several months. No, not a thunderstorm, but a real war. Positional battles against the background of the adoption of the General Plan of the urban district flared up here for the truly legendary Pleshcheyevo Lake.

And there are already victims: the head of Pereslavl-Zalessky, Yaroslavl region, Valery Astrakhantsev, has resigned. The official version, voiced by him at a meeting of the Pereslavl City Duma, is “family circumstances”.

The other, as you can see, is more realistic - the adoption of a document, according to which simply incredible changes for the better should have taken place both in the life of the residents of the entire urban district as a whole, and in the very existence of Lake Pleshcheyevo.

And if in the villages, villages and townships, presenting the plan to the local residents, the district administration won victories, then at hearings in settlements on the outskirts of Pereslavl-Zalessky and in the city itself, a catastrophe happened unexpectedly for them.

It all started in Kriushkino

It all started with the village of Kriushkino. The General Plan project was supposed to transfer several agricultural areas to the boundaries of the settlement. This meant, in the opinion of the villagers, that a total development of the protected lands of Lake Pleshcheyevo was planned. 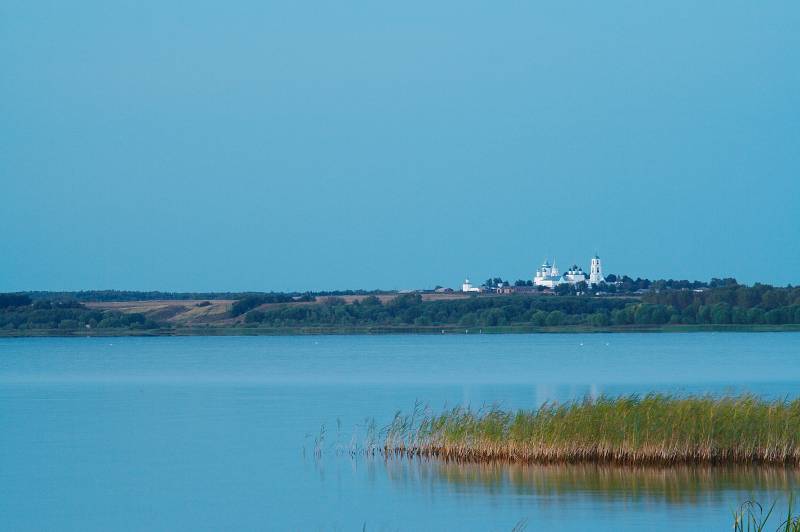 The very organization of public hearings, if it could be called that, dropped to the lowest point and took place in the trunk of a car and on a bench. Formally, all residents allegedly voted unanimously "for", thereby supporting everything that was spelled out in the draft Master Plan.

However, at the hearing, outsiders appeared who agreed to take part in the dubious procedure for a certain fee. And when such facts began to be revealed, as well as the then hard-hitting questions to the representatives of the administration about the further development of the territory around Lake Pleshcheevo, the unexpected happened. The officials, who did not give sensible answers, were simply ridiculed.

Nevertheless, by a majority of votes at the expense of those who arrived, the scandalous General Plan was nevertheless adopted. But residents of Kriushkino, with a demand to check the legality of the hearing, turned to the prosecutor's office. They said in unison:

With such an attitude to their opinion and to what may happen in the future on the land of Alexander Nevsky and on the water surface, where Peter I was born of the Russian military fleet, they, it turns out, disagree. Categorically.

The master plan is not yet a reason for building

A few days after what happened in the village of Kriushkino, the residents of Gorodishche and Nikitskaya Sloboda, as well as the city of Pereslavl-Zalessky itself, unequivocally refused to accept the General Plan. The letter from the Ministry of Natural Resources of the Russian Federation about the ban on the transfer of resonant sites near the village of Kriushkino to the lands of settlements did not affect their opinion. 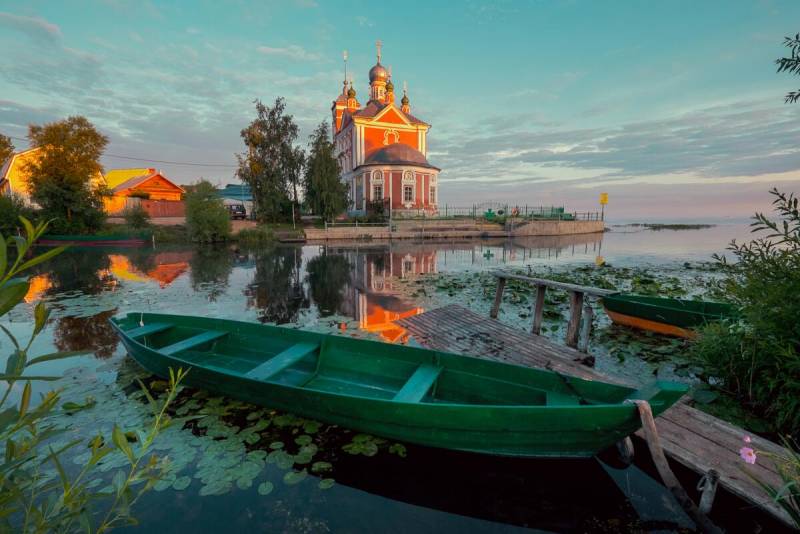 Photo: Elena Petrova / Fotolia
So, like a chain reaction, a massive unification of the defenders of both Pleshcheyevo Lake itself and natural values ​​around the ancient water pearl took place.

Who are you, masters of culture?

At the same time, artists came to the shores of the reserved Pleshcheyevo Lake and held an open-air "Painters, protect with your brush!" They were united not only in reflecting the reality around them, but also in the fact that "... the people will not want these places, unique in their beauty, to become a source of income for one person." 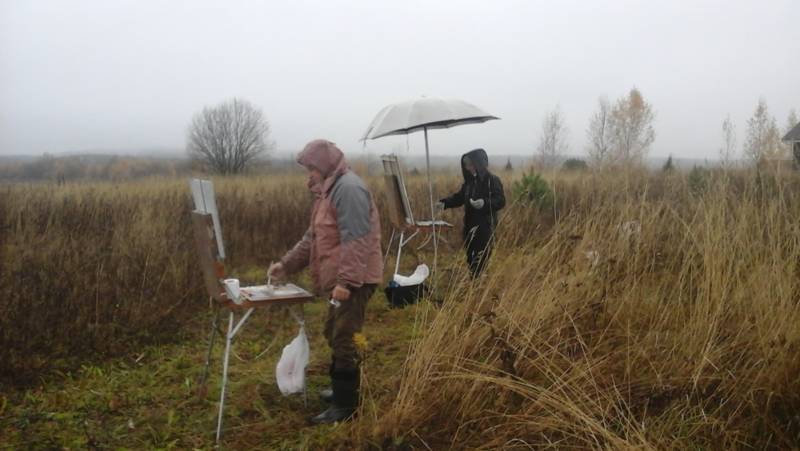 A source: yarnews.net
The writer Lyudmila Petrushevskaya joined the artists. 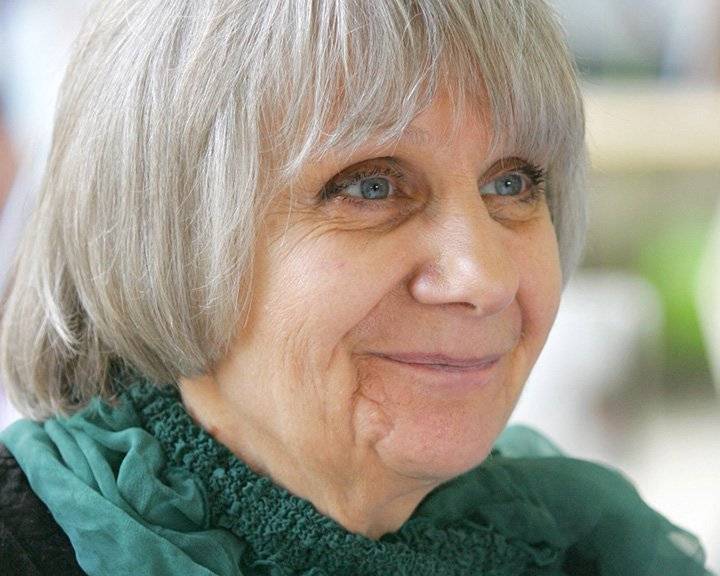 “The clouds are gathering over the good Pereslavl-Zalessky, the lives of people are threatened: the water supply is bad. And she comes from Lake Pleshcheyevo. What is happening to water now is an ecological disaster. And this is just the beginning. "

The director Andrei Smirnov, known to us from the masterpiece "Belorussky Station" and other notable films, also stood up to protect Lake Pleshcheyevo and the residents living around it. 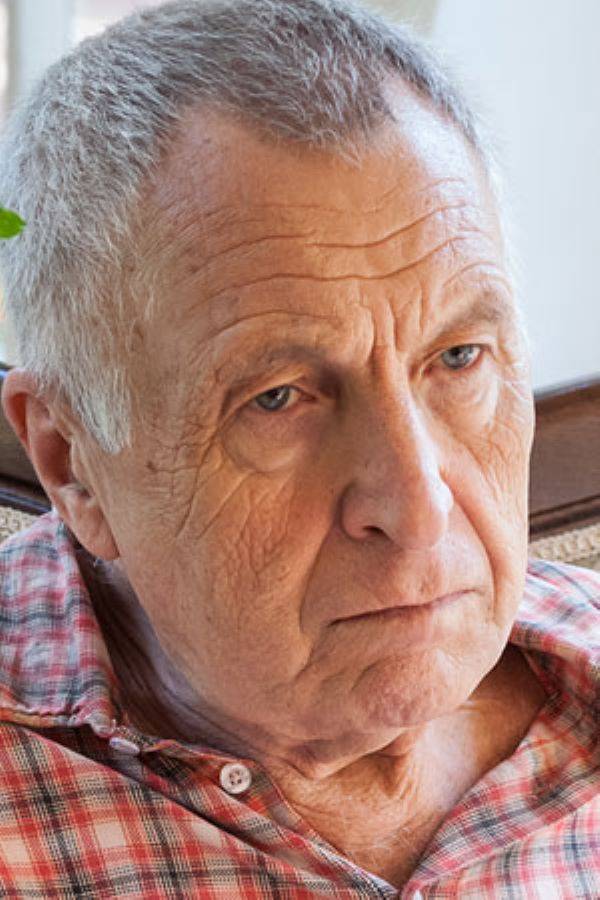 In his letter of support to the people of Pereslavl, the defenders of the lake, he writes about the need to save that part of the city and the landscape that still remains.

The director has been here many times, working on the films "Once upon a time there was a woman", "French", so he knows for certain about the disgusting state of the roads, the lack of gas, medicine and trade in local settlements. This is where officials should apply maximum diligence and diligence. They are eager to change the coastal part of the lake. What will be left to the descendants?

It's time to save the lake

During the days of the people's standing around Lake Pleshcheev, State Duma deputy Anatoly Greshnevikov came to the residents of Pereslavl-Zalessky, who at a meeting with people agreed that, if not to fight for the preservation of nature, the beauty of Pleshcheev would very soon be blocked by fences along the entire perimeter.

“The lake is dying,” he said, “it needs to be saved. It is necessary for all to unite and fight for the lake. "

Following the logic of the development of positional battles for the water surface of the lake, the deputy of the Pereslavl-Zalessky City Duma, Evgeny Rabotnikov, sent an appeal to the prosecutor's office with a demand to verify the legality of further consideration of the General Plan at the next meeting of the Duma.

And the "X-day" has come. Regular meeting of the City Duma of Pereslavl-Zalessky. Everyone held their breath. What will happen? Is the adoption of the Master Plan of the urban district that has caused so many scandals expected?

However, this issue was simply not on the agenda. The governor of the Yaroslavl region Dmitry Mironov sensationally intervened in the situation. This became known during a meeting of the Duma.

As its speaker Sergei Kornienko said,

"... Today it is recommended not to consider the issue of approval of the General Plan ... taking into account the opinion of the deputies of the Pereslavl City Duma and residents of the urban district of Pereslavl-Zalessky."

Did the unexpected happen?

And then another surprise happened - the head of Pereslavl-Zalessky Valery Astrakhantsev (pictured below) announced his resignation. There have been talks about this for a long time, they were denied in every possible way, and this happened. 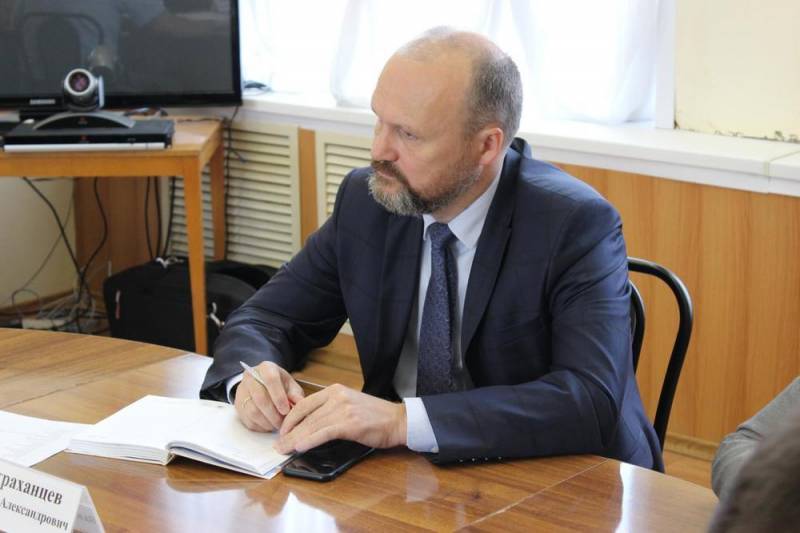 A source: yarnews.net
As local media will write about this, Valery Astrakhantsev appeared in Pereslavl in May 2017. He himself is from the village of Kraskovo in the Lyubertsy district of the Moscow region, like his predecessor Vladimir Volkov, now the mayor of Yaroslavl. There are various rumors about Astrakhantsev's further employment, but we will not discuss them.

The battle for Lake Pleshcheyevo is not over. The parties dispersed, regrouping and residents of the urban district of Pereslavl-Zalessky know that the main battles are still ahead. They do not intend to give up the shrine of the Pereslavl land - Lake Pleshcheyevo for desecration.

By the way, the water from which they drink. And their children and grandchildren drink it. And for him they will seem to fight to the last. So that later their descendants would not say:

“What have you done, dear ones, haven't saved such beauty ?!”