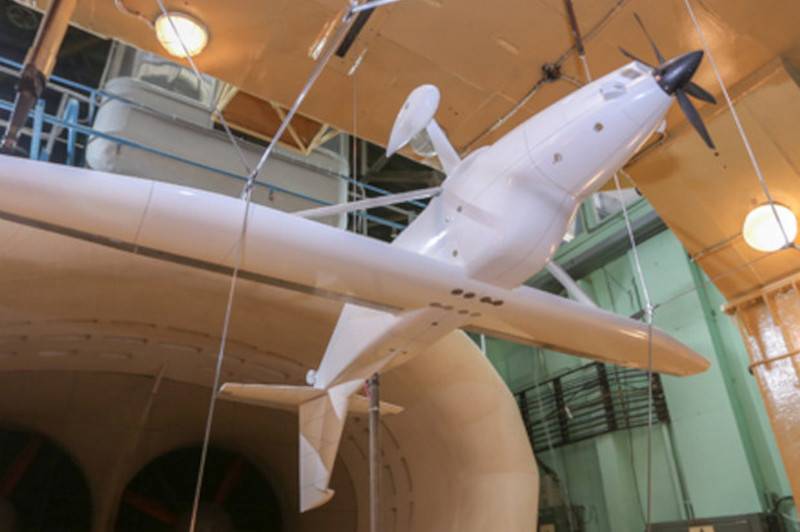 The promising light multipurpose aircraft LMS-901 "Baikal", created to replace the Soviet aircraft An-2, was "blown" in the wind tunnel of the TsAGI im. Zhukovsky. The studies were carried out by order of OOO Baikal-Engineering.


Tests in the T-102 wind tunnel of TsAGI passed a model of the aircraft, made on a scale of 1: 7. At the first stage, tests were carried out at air flow rates from 25 to 50 meters per second. A simulator of a working power plant was used on the model. Experts determined the total aerodynamic characteristics of the aircraft and the effectiveness of its controls. The tests will continue.

The new aircraft LMS-901, being developed to replace the An-2, has a length of 12,2 meters, a height of 3,7 meters and a wingspan of 16,5 meters. Maximum take-off weight - 4,8 tons, speed - up to 300 km / h. The maximum flight range is 3 thousand km. The aircraft is created according to a modular scheme, which will allow it to be converted into a cargo or passenger version.

In the summer of 2019, the Ministry of Industry and Trade announced a competition for the development of a light multifunctional aircraft for nine passengers to replace the legendary An-2 "Corn". The winner was LLC "Baikal-Engineering" - a subsidiary of the Ural plant of civil aviation.

At the same time, the Ministry of Industry and Trade abandoned the planned for serial production in 2021 of the single-engine TVS-2DTS "Baikal" aircraft, developed by the Siberian Research Institute of Aviation on the basis of "Kukuruznik", all its developments went to the creation of the LMS-901 "Baikal".