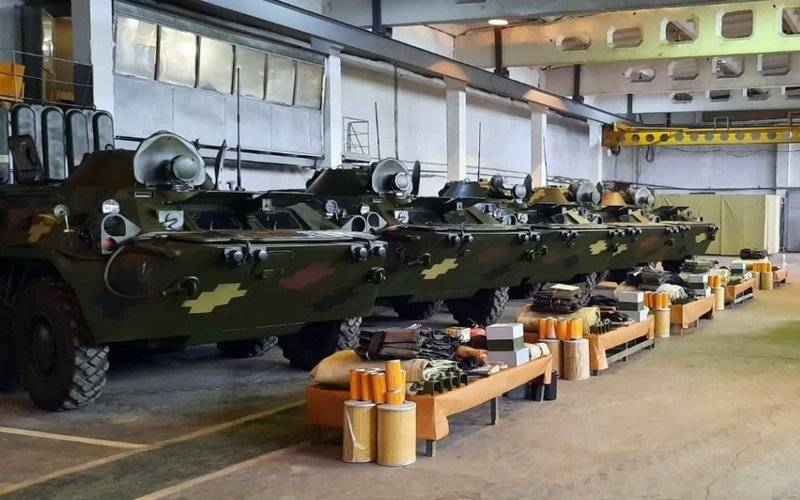 The Armed Forces of Ukraine received another batch of restored BTR-80 armored personnel carriers. According to the press service of the Ukrainian military department, the repair and modernization of equipment was carried out at the Nikolaev armored plant.


The company has reportedly completed a contract for the restoration and modernization of BTR-80 armored personnel carriers with improved tactical and technical characteristics. As stated at the Nikolaev armored plant, during the overhaul and modernization of equipment, the operation of units and assemblies was restored, the latest observation, navigation and communication devices of Ukrainian production were installed.

After improving the tactical and technical characteristics, armored personnel carriers have become more convenient to operate in the dark, because they are equipped with the latest thermal imagers. Visibility and target recognition are also significantly improved. And the new BTR-80 digital communication devices comply with NATO standards and have a high level of protection against radio interception.
- said the director of the Nikolaev BTZ Yuri Kravchenko.

The number of recovered equipment is not reported, however, judging by the photos from the enterprise, five armored personnel carriers BTR-80 were prepared for the transfer to the Armed Forces. According to the press service of the enterprise, the equipment has already been transferred to the divisions.
Ctrl Enter
Noticed oshЫbku Highlight text and press. Ctrl + Enter
We are
Summary of the week from voenkor Mag about events in the DNI and LC 21.04.18 - 27.04.18Summary of events in the DPR and LPR for 14.04.18 - 20.04.18 from the military commissar "Mag"
Military Reviewin Yandex News
Military Reviewin Google News
141 comment
Information
Dear reader, to leave comments on the publication, you must sign in.