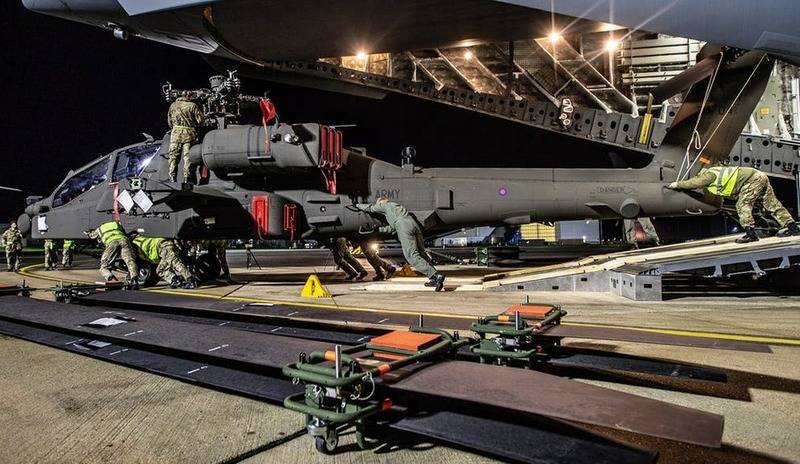 Britain has begun rearmament with the new AH-64E Apache Guardian attack helicopters. According to the press service of the British Ministry of Defense, the first two helicopters for the army aviation arrived at the Wattisham base.


The helicopters were redeployed from the United States aboard the RAF C-17 Globemaster III aircraft, along with service personnel from the 7th Royal Air Force Support Battalion for Electrical and Mechanical Engineers (7 Avn Spt Bn REME).

The new vehicles will allow the UK to maintain its attack helicopter combat capability for decades to come, thanks to improved digital capabilities. The new helicopter is already in service with the US Army and other countries
- it is spoken in the message of the British military department.

The first flights of the AH-64E in the UK are expected to begin in July 2021. The new helicopters will serve in the 1st Air Brigade of the British Army along with the AH1 Wildcats.