"Message to Tehran on strengthening deterrence": US sends aircraft carrier to Persian Gulf 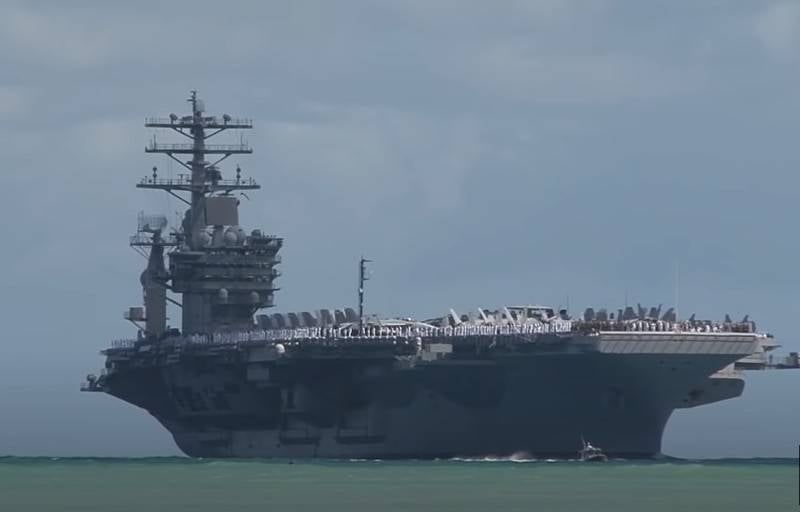 The aircraft carrier USS Nimitz (CVN-68) is sent to the Persian Gulf amid plans to reduce the number of US troops in Iraq and Afghanistan. This was reported by CNN, citing a source in the military sphere.


The decision to return the AUG led by an aircraft carrier to the Persian Gulf was made even before the assassination of Iranian nuclear physicist Mohsen Fakhrizadeh, but the United States has already said that this step "will serve as a message to Tehran to strengthen deterrence" against the background of increased tension in the region after Tehran's statements in relations between Israel and the United States.

The aircraft carrier was already in the Persian Gulf this year. In mid-September of this year, an aircraft carrier strike group led by the nuclear-powered aircraft carrier USS Nimitz (CVN-68) entered the bay for the first time in 10 months. Recently, American AUGs did not enter its waters due to threats from Iran, being in the neighboring Gulf of Oman and conducting all operations from there.

The AUG, in addition to the aircraft carrier itself, includes the missile cruisers USS Princeton (CG-59), USS Philippine Sea (CG-58) and the destroyer USS Sterett (DDG-104). The USS Nimitz (CVN-68) air wing includes about 70 aircraft and helicopters, including 48 F / A-18 Hornet fighter-bombers.

Meanwhile, the American edition of the New York Times, citing its own sources in the American intelligence services, claims that Israel is behind the assassination of Iranian nuclear physicist Mohsen Fakhrizadeh.

One US official, like two other intelligence officials, claims that Israel is behind the attack on the scientist. (...) it is not yet clear if the US could have known about the operation in advance, but two countries (Israel and the US - approx.) close allies and have long exchanged intelligence on Iran
- the newspaper writes.

The White House and the CIA declined to comment on the New York Times publication.
Ctrl Enter
Noticed oshЫbku Highlight text and press. Ctrl + Enter
We are
Tehran accuses Israel and the United States of killing Iranian nuclear physicistUS expert community is trying to identify ways out of the Afghan impasse
Military Reviewin Yandex News
Military Reviewin Google News
112 comments
Information
Dear reader, to leave comments on the publication, you must sign in.