IJSC "Lotos" in the break between tests 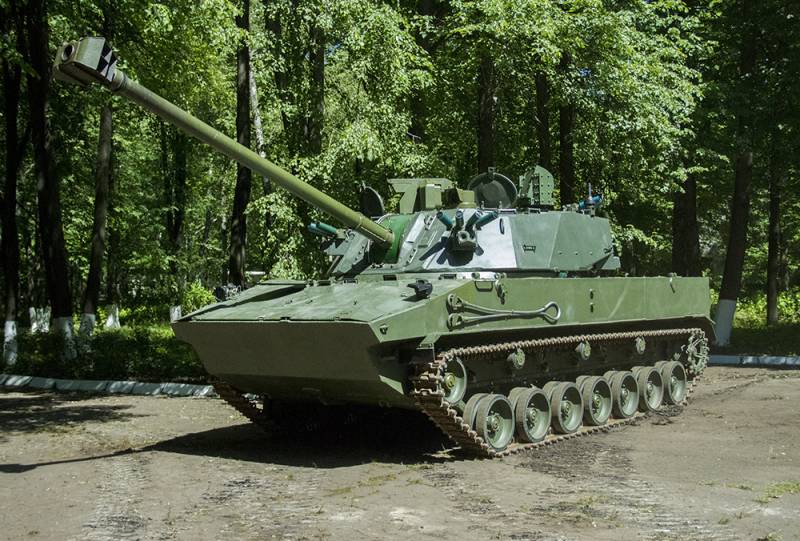 The project of creating a promising self-propelled artillery gun (SAO) 2S42 "Lotos" has passed another important stage. Acceptance tests of the prototype were carried out and successfully completed. All the main characteristics and their compliance with the terms of reference have been confirmed. Now the prototype self-propelled gun can go to a new stage of testing, which brings the moment of adoption into service.

The completion of the first stage of testing was announced on November 25 by the press service of Rostec. The activities to check the experienced IJSC "Lotos" were carried out by the Central Research Institute of Precision Engineering and ended in success. Design documentation and prototype meet customer requirements.

The test program of the "Lotus" provided for verification of 57 parameters of various kinds. The characteristics were determined, all the main components and assemblies of the chassis, weapons, fire control system, etc. were checked. In total, during the acceptance tests, the experimental CAO passed 400 km along routes and fired 14 shots at targets.

It is noted that the finished armored vehicle corresponds to the technical specifications in terms of dimensions and weight. At the same time, it shows high running and fire characteristics. Provided with a high rate of fire and firing range. 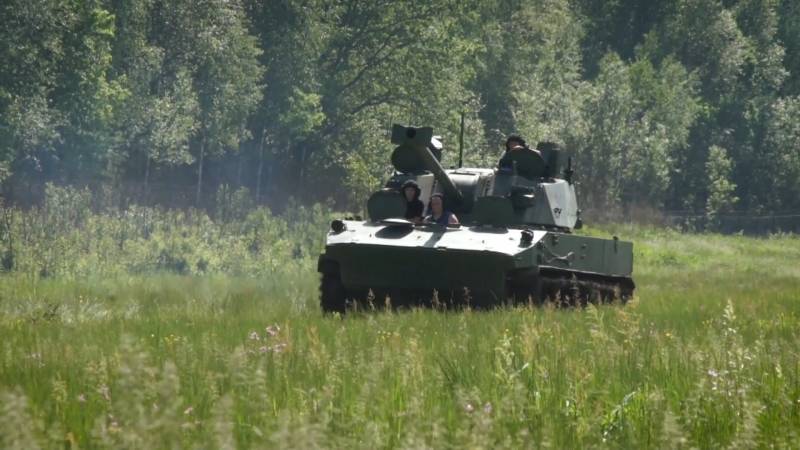 The next stage of work is preliminary testing. They are scheduled to start in the coming weeks, before the end of the year. The timing of state tests, according to the results of which the CAO will be put into service, is not specified. Earlier it was stated that they will be held in 2019-2020, but by now the dates have shifted.

The development of a promising CAO for the airborne forces began in 2016. At the same time, the Lotus project replaced the previously created Zauralets-D, which proposed a self-propelled gun of a different architecture with the use of other components. Materials on "Lotos" were first shown openly in 2017. Soon after that, the preparation of working design documentation was completed. At that time, it was planned to conduct state tests in 2019 and put the new CAO into series in 2020.

By the beginning of 2019, the Central Research Institute Tochmash built a prototype of the CAO 2S42 "Lotos", and soon its first images were published. The roll-out of the armored vehicle from the workshop for the first checks took place later, in early June. The fully loaded self-propelled gun has shown its ability to move, maneuver and aim weapons. A few weeks later, the experienced "Lotus" became an exhibit at the "Army-2019" exhibition.

At the beginning of August 2020, it became known about the launch of acceptance tests of an experienced CAO. The machine had to show its characteristics and capabilities in order to receive a positive conclusion of military acceptance. No details of these events were provided. At the same time, it can be assumed that it was precisely because of participation in the tests that the Lotus prototype did not make it to the Army-2020 forum. This year, the new CAO for the Airborne Forces was again demonstrated in the form of a model. 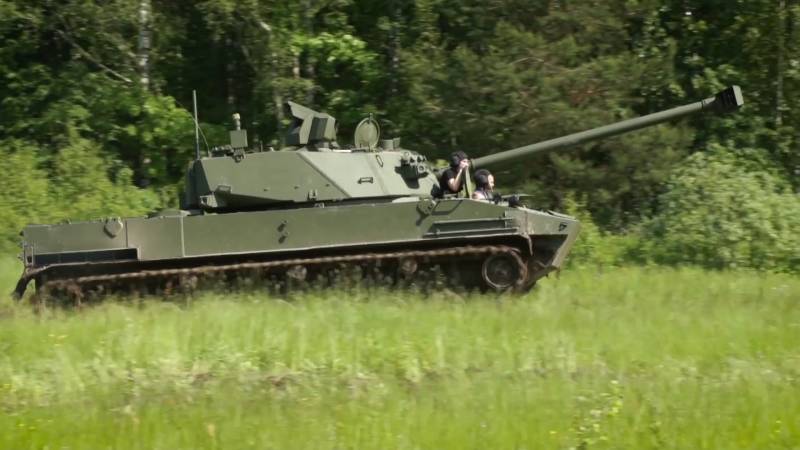 Together with the promising CAO, the new Zavet-D fire control vehicle was regularly mentioned. It was developed in parallel with "Lotus" and is also being tested. However, for obvious reasons, this model does not receive the same attention - although it is of great importance for the development of airborne artillery.

Already this year, the experienced CAO 2S42 should go to preliminary tests, after which state tests will take place. In the absence of serious difficulties, all these measures can be completed by the end of 2021, then the self-propelled gun can be adopted and put into series.

According to open data, now the Russian Airborne Forces have at least 250 combat vehicles of the "Nona-S" type. The same number of new "Lotos" will allow maintaining quantitative indicators and at the same time obtaining an increase in quality - through the use of modern and fundamentally new components with higher characteristics. 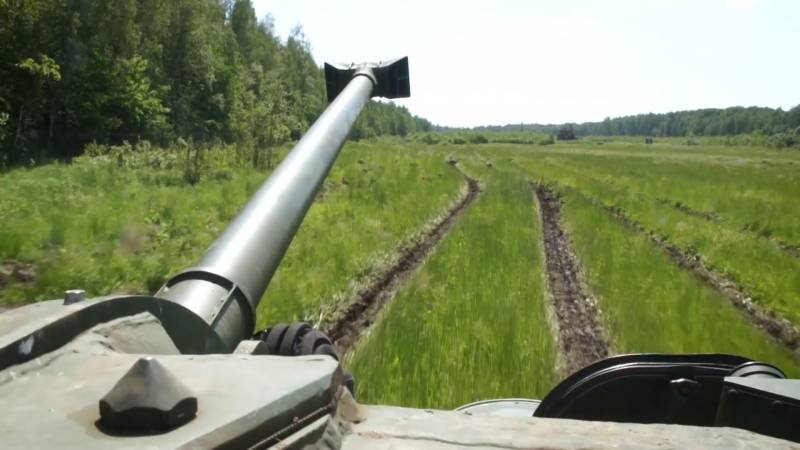 Last year, it was announced that, together with the Airborne Forces, a new CAO would receive units of the Marine Corps, which also continue to operate systems of the 2S9 family. They have more than 40 tracked vehicles "Nona-S" and wheeled "Nona-SVK". Several dozen new "Lotos" will provide replacement of old equipment and increase the combat effectiveness of artillery units.

Thus, to update the park of self-propelled artillery guns of the two branches of the armed forces, at least 280-290 promising SAO 2S42 "Lotos" are required. The expected rate of mass production of such equipment has not yet been specified. However, it is obvious that the process of updating the artillery of the Airborne Forces and the MP will take a lot of time. It is very likely that the last batteries will be transferred to new technology only at the end of this decade or at the beginning of the next.

The Lotus project provided for a wide range of advantages over the older technology. Measures have been taken to improve combat, technical and operational characteristics. Due to this, the 2S42 product is more interesting for the troops - with an eye to the long-term perspective.

One of the main advantages of "Lotus" and "Covenant-D" is the use of the mastered platform. SAO is built on the chassis of the BMD-4M landing vehicle, and the control vehicle is made in the body of the BTR-MDM armored personnel carrier. This greatly simplifies and reduces the cost of the parallel operation of several types of combat vehicles. In addition, all samples on a common chassis have similar tactical and technical characteristics, they can be parachuted, etc. 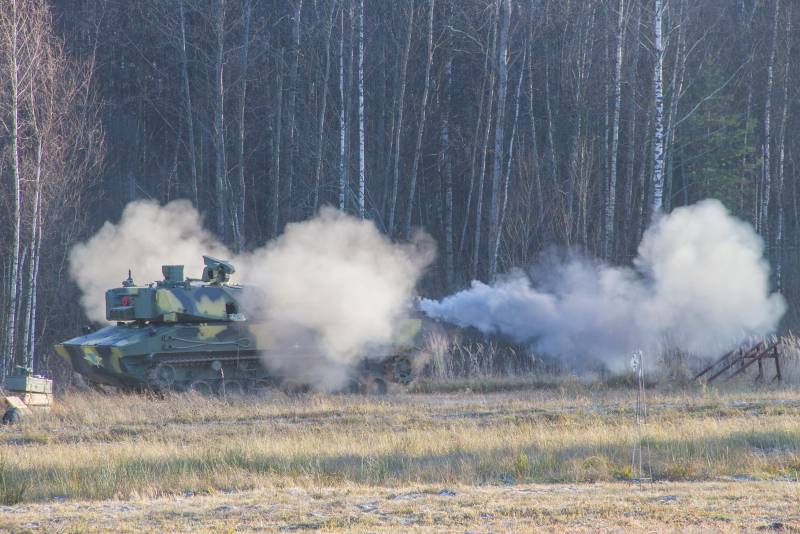 The 2S42 carries a new 120mm smoothbore gun, supplemented with automated fire preparation and fire control equipment. When using existing ammunition, the gun is capable of firing at a range of 13 km. A new active-rocket projectile with the "Glissade" code is being developed, increasing the firing range to 25 km. Other new ammunition is expected to increase the combat qualities of self-propelled guns.

The Lotus uses a modern digital sighting system with all the necessary devices for direct fire or from closed positions. The self-propelled gun is included in the control system of the tactical link of the Airborne Forces and can exchange data with other machines. Combat vehicles must interact with the Zavet-D command vehicle, which carries all the necessary data processing and command generation facilities and also interacts with the command and control systems.

It is easy to see that the process of rearming the airborne artillery was noticeably delayed. The project "Zauralets-D" was recognized as unsuccessful and was replaced by "Lotus", built on different ideas. The development of the CAO 2S42 "Lotos" took longer than originally planned, and tests are now underway - although it was previously planned to start the series in 2020.

Nevertheless, the work continues and is nearing completion. Despite all the delays and difficulties, in the coming years, the industry will be able to launch the production of the 2S42 self-propelled gun and a compatible control vehicle, and the troops will begin to master this technology. The modernization of the artillery of the airborne and coastal forces has been postponed but not canceled.