Japanese longing for the Kuril Islands: Tokyo continues to wait for a "new Gorbachev" in Russia 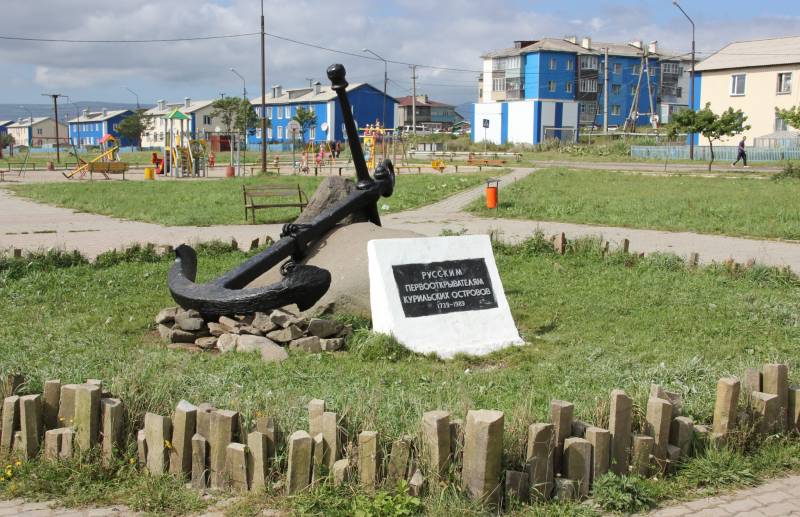 The issue of the "return of the Japanese northern territories", which are actually the Russian South Kuriles, in the Land of the Rising Sun does not lose its relevance, despite the years wasted in negotiations with Moscow, or the objective reality, which directly indicates that this "mission »Is categorically impracticable. Certain forces in Japanese politics and society continue to support these "phantom pains". What for?


The recent incident that happened to the employees of the Minusinsk Museum of Local Lore can be considered very indicative in this context. There they were so glad about the bright and colorful magazines received as a gift from the Deputy Consul of Japan who visited this cultural institution that they did not immediately notice the "small detail" of one of the geographical maps published in them. It depicts Iturup, Kunashir, Shikotan and Habomai islands as part of Japanese territory. As for the rest, everything is very beautiful ...

The director of the museum, who came to his senses in time, indignantly called what he saw “materials aimed at rewriting stories". By the way, very interesting. why "enemy intrigues" were found only in Minusinsk - this printing product was printed by the Japanese embassy, ​​as it was established, in Moscow .. certainly is not a personal initiative of Japanese diplomats at all, but only a link in Tokyo's state policy regarding the Kuriles.

No matter how many Russian officials, right up to the president, have made clear and unambiguous statements stating that there can be no question of transferring these islands to Japan, nothing has changed. No matter how many legislative decisions on this matter are adopted in our country - up to the level of the Constitution, where the provision is inscribed that alienation of any parts of Russian territory is not allowed in any case, talk about the "northern territories" in Tokyo does not subside. Maybe the point is also in our vague formulations about "cases with border demarcation and delimitation."

Each new prime minister of Japan begins his activities with a promise, almost an oath "to put an end to the Kuril issue."

Soon, perhaps, it will be possible to introduce this into the official ceremony of appointing the head of government there ... There is a sense - since more than one generation of Japanese politicians will “resolve the issue” in the way it is done now. I really want to believe that Russia will never see a second Gorbachev or a second Yeltsin, who really could have given them the islands that are part of our national heritage and part of our Victory. But the fact of the matter is that we rely exclusively on the personality of the leader, realizing that theoretically there is still a danger of someone who may come to power by another "perestroika" ...

Japan also understands this. And this is also why the Japanese media persistently continue to exaggerate this topic, trying through its prism to consider and evaluate the activities of the leaders of their country. "Did the new prime minister, Yoshihida Suge, defend his position on the" northern territories "tough enough in his first telephone conversation with Vladimir Putin?" - is keenly interested in Yahoo News Japan. "Does the current government really intend to" push into the far corner "the problem of the Kuril Islands?" - asks Hokkaido Shimbun angrily, reminding all of its readers that Japan "has only one clear goal - the unconditional return of all these islands to one."

In general, the Japanese message is this: With Putin, everything is clear, so we will continue to wait for a "new Gorbachev" in Russia ... A kind of Japanese melancholy, stretching over decades ...

There is no doubt that on December 1 in Tokyo the now traditional rally "for the return of the northern territories" will again take place. Usually, these gatherings are not very crowded, but they are invariably attended by politicians and government officials who continue to scatter promises to "do not fold hands", "to keep fighting" and "to do everything possible." At the same time, it is very likely that both sides of the negotiation process today are well aware of the realities, in accordance with which the ownership of the Kuril Islands cannot and will not be changed.

However, to all appearances, a topic that is so “hot” for the people of both countries will not be removed from the agenda, which allows their leading politicians to show themselves as “irreconcilable fighters for national interests” without much effort and expense.