The Deep State's puppeteers. White House goes to Joe Biden, no matter what 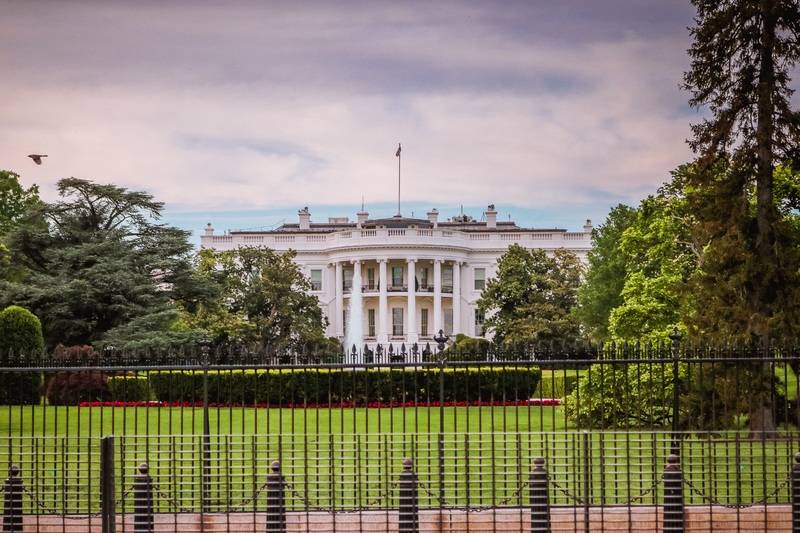 Elections in the United States have always been challenging. Initially a very archaic system based on traditions dating back to the XNUMXth century, in the modern world it is ready to confuse anyone. Several times there were precedents when candidates came to power who received fewer live votes than their opponent, if they were voted for by the majority of the notorious electors from the states. It seems that a similar situation is developing in the recent November elections. The current President Trump is desperate to resist, repeating like a mantra:

"We will show massive and unprecedented election fraud!"


From the outside, it seems that the president simply cannot leave the political scene with dignity and is frantically seeking excuses for his own defeat. But it's not that simple. 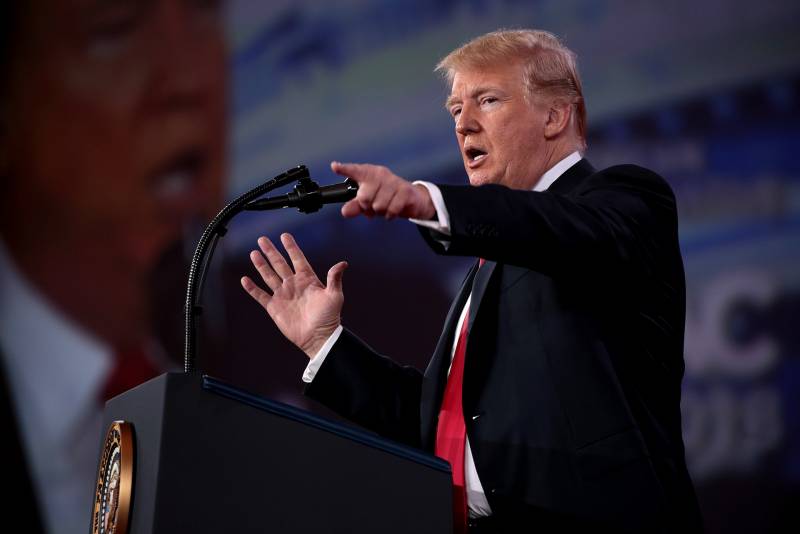 The CIA is also in action

Now, on the swampy soil of the political crisis in the United States, a huge number of conspiracy theories of the development of events are growing. This is a sign of the times. And nothing can be done about it. But in the sea of ​​elective content there are also quite entertaining cases worthy of attention.

A few days ago, the Western media reported about searches in the CIA information centers in Europe. The US military raided the scouts and confiscated several key servers with sensational information regarding the November elections.

The European assets of the main intelligence agency have become an excellent platform for remote falsification of the election results that are now presented to us as official.

In particular, the materials seized in Germany (voting map) clearly indicate that Trump had already won 14 votes from the Electoral College on November 410. The total number of electors is 538 people. And this, of course, was a stunning victory for the incumbent president. Which, it seems, was taken away from him with the active assistance of the intelligence department. How can such a triumph compare? If you believe the results of such a confrontation between the military and the CIA in Germany, then Trump's popularity today is comparable to Roosevelt in 1936. He then received 523 electoral votes. 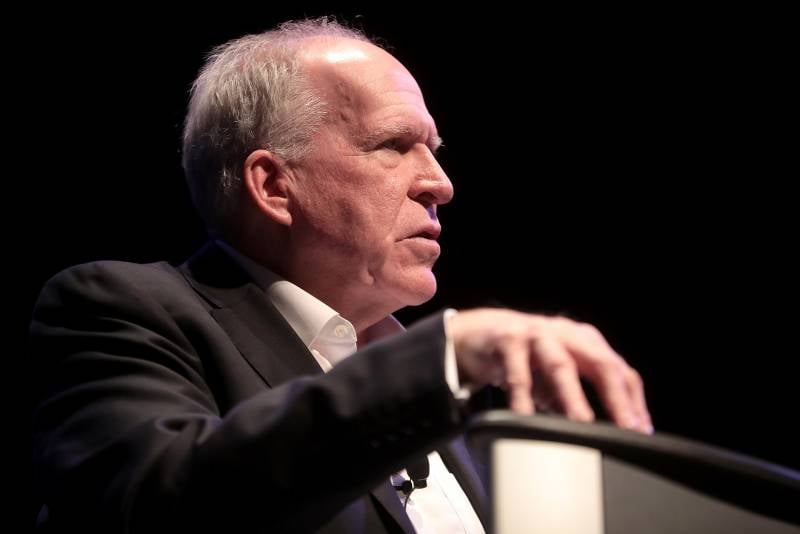 Former CIA chief John Brennan. Source: Gage Skidmore, wikimedia.org
By the way, the CIA has long and stubbornly criticized the activities of President Donald Trump. Of course, no one in the department speaks openly about this - the rules of subordination and formal apoliticality of intelligence do not allow. But former CIA chief John Brennan quite unequivocally called Trump the worst choice for the United States. Expressing the general opinion of the office staff, the former intelligence chief was unhappy with the country's position on the international arena:

"The weaker the United States and the more tarnished our reputation in the eyes of the world, the less able we are to play the leadership role that we have played over the past 75 years."

In the US, there is such an amusing term "Deep State" or Deep State.

In short, the country is ruled not by presidents, but by several high-ranking officials-puppeteers associated with the business lobby. Of course all this история it smells of outright conspiracy, but Trump himself repeated it over and over again, which gives the events a veil of veracity.

In particular, he accused Barack Obama of coordinating the efforts of the "Deep State" in order to oppose the current government. And Trump, apparently, managed to seriously annoy the bureaucratic structure of underground leaders when in 2018 he tried to reform the departments of the state apparatus. The reform was simple - to abolish some of the structures completely, and some to add to others. Then Congress turned off the president's initiative, according to rumors, precisely on signals from the notorious Deep State.

Political scientist Malek Dudakov, commenting on the confrontation between the president and the Deep State, reasoned:

“Trump managed to part with the previous practice, when the president, before making decisions, had to listen to the opinion of external experts - for example, military personnel, intelligence officers and others. All of them have had a noticeable impact on previous US presidents. Trump, of course, collects information from external sources, consults with people, but makes the final decisions himself, following his personal political instincts. "

In fact, political independence became the reason for such hatred of the nomenklatura of the state apparatus (read, the "Deep State" asset), which later poured out in support of Joseph Biden. Trump said the Democratic nominee is being run from behind the scenes by "liberal hypocrites." Which, by the way, are also deliberately delaying the COVID-19 vaccine tests, discrediting the current head of the White House.

Ordinary American people also dislike the underground "cabinet of ministers", as they rule the country, regardless of the opinion of the electorate. And this is not forgiven in a freedom-loving country.

Usually in the United States, they remember the conspiracy government in connection with information leaks in the media.

"Accidents are not accidental at all"
ꟷ This thesis was adopted by the PR specialists of the Deep State. Should the story of the CIA servers in Germany be considered part of an underground government campaign? Or is it an obvious blunder of the democratic forces of the United States?

And what about the massive rigging of election results in certain states? Most of the software for the counting machines is developed and owned by companies with some affiliation with the Democratic Party. In Wisconsin and Georgia alone, this software regularly crashed, adding hundreds of thousands of votes to Biden. 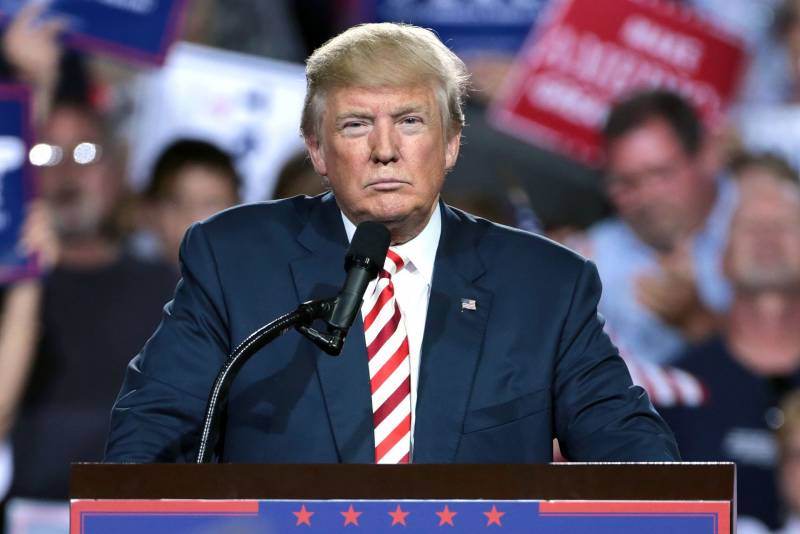 Source: Gage Skidmore, wikimedia.org
Back in 2012, Donald Trump warned that Republican Mitt Romney lost the election to Barack Obama only because of juggling votes. That is, the president has long known that the Democrats have everything under control, and they will go to bed to prevent Trump from serving a second term. In this regard, the whole chain of informational stuffing concerning the falsifications and rigging of the last elections seems provocative. Is the democratic lobby so straightforward and devoid of imagination? Or do they deliberately lead to a situation that many media outlets have already called "Plan B"?

If you can't solve the Trump problem in the traditional way, maybe it's time to think about overthrowing? Albeit mild, but still overthrowing. To do this, it is not worth the most balanced president just to provoke. The story with the "real" results of voting on the German servers of the CIA looks in this regard as one of the links in a strictly planned chain.

"Do what you need to do"

Trump looks set to leave the stage with his head held high. The businessman-president is hated by the metropolitan establishment, but adored by the old American hinterland. Already now, the owner of the White House has given the command to begin the procedure for the transfer of power in compliance with all formalities, but publicly refused to acknowledge Biden's victory. Quite worthy behavior of a politician in a deep siege.

And the allegedly independent media continue to whip up hysteria around the tough elections. Maintaining composure and not provoking a power-transfer scenario is very difficult.

On the other hand (practiced on Republican Trump), the procedure for a criminal transfer of power may become common practice for Democrats. If it happened in 2020, why not take advantage of the same in 2024? And the eccentric yet peaceful transfer of power to Biden will seem like a bitter mistake in the future. After all, this is the president's lot - to make fateful decisions in difficult times.

At the end there are several dates that play a major role in the current situation. The power transfer machine in the United States has already been launched and a lot depends on the accuracy of its functioning.

On December 14, 538 electors will officially announce the name of the future US president.

And, if everything goes according to the plan of the political elites of the United States, Biden will become the master of the White House.

Ctrl Enter
Noticed oshЫbku Highlight text and press. Ctrl + Enter
We are
Situational analysis of the death of the MH17 flight (Malaysian Boeing 777), made on the basis of engineering analysis from 15.08.2014Results of the week. “In our cooperative, the board is always agreed”
Military Reviewin Yandex News
Military Reviewin Google News
97 comments
Information
Dear reader, to leave comments on the publication, you must sign in.