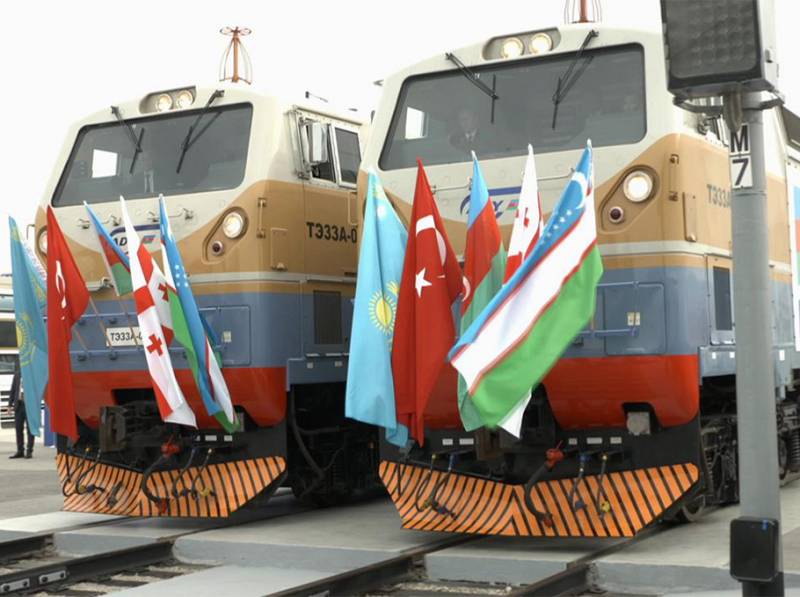 Abolish the border of Armenia with Iran?

The feeling does not leave that Baku is preparing precisely for this - the blockade of not only Karabakh, but the whole of Armenia. At least from the south. And it seems that on the border of Armenia with Iran, it is simply impossible to do without a Russian military base.

The unblocking of transport (including transit) arteries in the region with the participation of Russia (and hence the Russian FSB), provided for by the document on the settlement of the Armenian-Azerbaijani conflict (dated November 10, 2020), causes a "dull" (so far "dull") discontent among some, but very influential Azerbaijani media.

It is not yet clear whether this is a stuffing-in from the official structures of this country? Is it some kind of "trial balloon" addressed to Moscow and Yerevan? But, if it were only in this highway.

Iran has already officially refuted the recent clichés of some Azerbaijani and Turkish "experts" supported by nationalist groups of Iranian Azerbaijanis. According to these statements, the Iranian-Armenian border, along which the "Trans-Siberian Transcaucasian" section between Armenia and Azerbaijan runs, should be abolished altogether in connection with the peaceful settlement of that conflict.

Such a settlement, allegedly in itself, provides for Baku's control over this area (Tehran comments on statements that the border between Iran and Armenia no longer exists).

"A campaign in support of the Azerbaijan Republic and its army has begun in Iranian Azerbaijan (South Azerbaijan)," Turan reports.

Turan is one of the official media in Turkey. And it continues:

"We are not next to Azerbaijan, we are Azerbaijan ourselves." 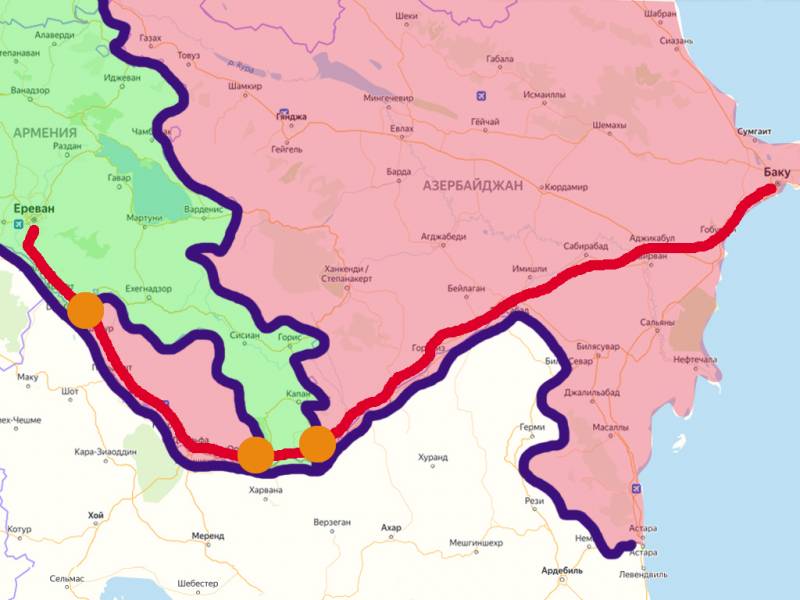 This is the slogan of the information campaign today, in which thousands of ethnic Azerbaijanis participate in different parts of Iran. They are photographed with Azerbaijani flags, spreading the photo on social networks. In addition, protests were held in Iran demanding the closure of the Iranian-Armenian border.

During the riots, several trucks were set on fire, which were allegedly transporting weapons to Armenia. At the same time, several rallies were held in Ardabil, Urmia, Tabriz and in Tehran itself in support of the "just cause of Azerbaijan."

It seems that in the development of the idea of ​​abolishing the Iranian-Armenian border in a number of Azerbaijani media, doubts have already been expressed about the advisability of resuming the work of the Trans-Siberian Transcaucasian Railway, which has, since 1910, access to Iran through the Nakhichevan region of Azerbaijan (Now the blockade of Karabakh?).

This media campaign is accompanied by attempts to convince Moscow and Yerevan of the alleged disadvantage of this highway both for Russia and Armenia and for their relationship with Iran.

At the same time, the same media do not dissuade Moscow from the possible use of the same transport artery for Russian-Turkish trade. The route from northwestern Armenia with a branch to Turkey (Akhuryan-Dogukapi) has existed since 1899 and was used quite well even in the 90s of the last century. 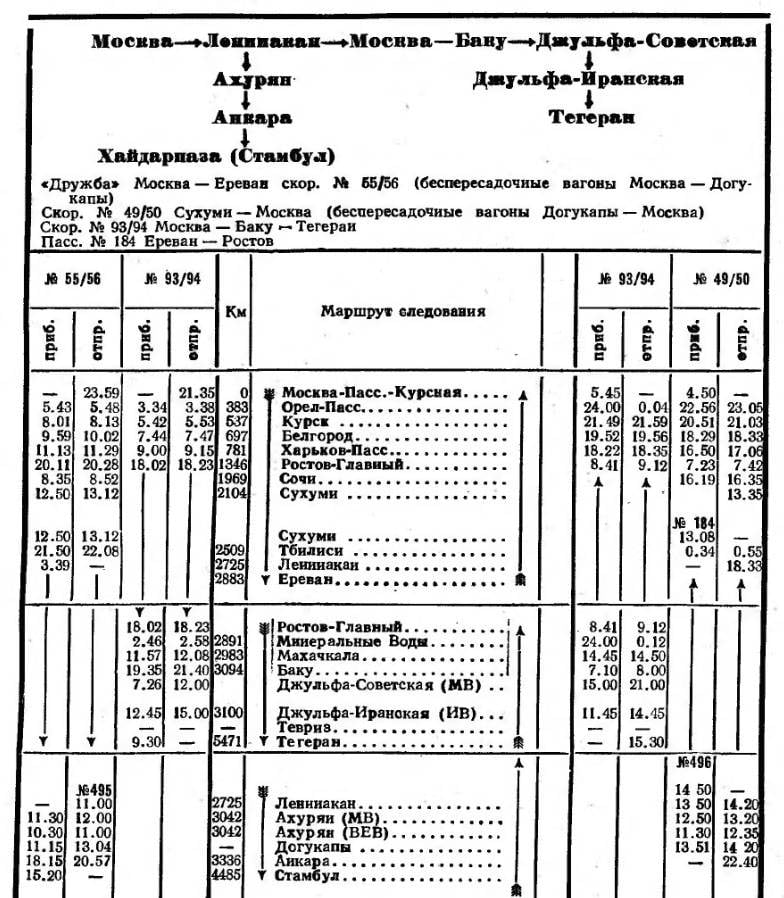 “For Russia, a railway to Iran and further to the countries of the Persian Gulf is needed now and now. And this road for Russia in the direction of Iran exists: we are talking about the railway communication of the Nakhichevan Autonomous Republic (NAR) AR "- through the railway line from Armenia to this autonomy at the" Julfa (Azerbaijan) - Julfa (Iran) border station ".
It was also noted that the use of such a route is possible, “since“ Russia has an Armenian railway in concession. However, for Russian carriers the movement of goods through the railways of Azerbaijan, Georgia, Armenia, NAR AR and only then to Iran will be very expensive. "
The excessively high transit tariffs of Azerbaijan are well known, which put an end to the direct transit of Russia - Armenia - Iran. At the same time, as the source notes, in general, Azerbaijan "has become indispensable for Turkey, Iran and Russia." 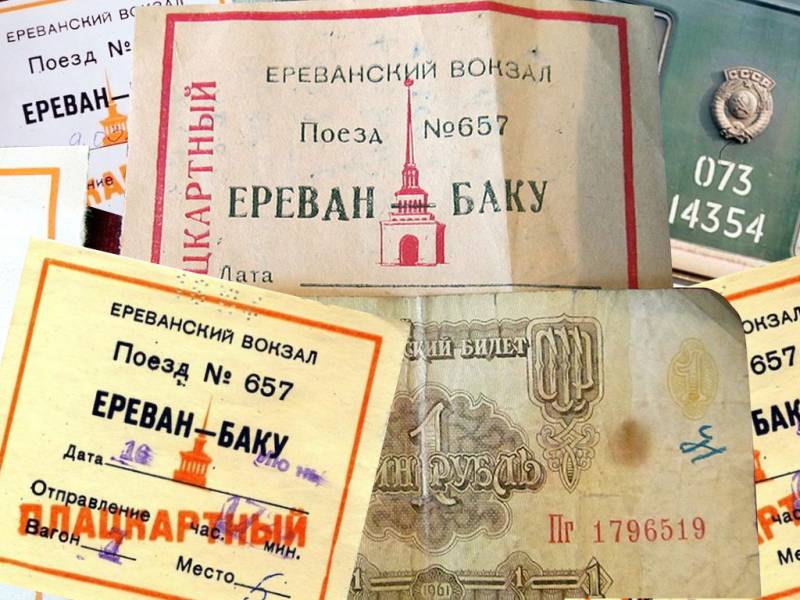 However, the railway section through Georgia has been closed since 1992 due to the separation of Abkhazia from Tbilisi.

But is this unknown to anyone in Azerbaijan?

This means that a very transparent hint is being made that Russian cargoes to Iran (and Iranian ones to Russia) should go through Georgia and only then through Azerbaijan?

But the South Caucasian mainline joins in the Baku region with the existing Russian-Azerbaijan railway. That is, bypassing Georgia ...

“Minval.Az” (Baku) expresses itself much more openly in its issue dated November 13, 2020:

“There may well be a need in both Azerbaijan and Georgia for the transportation of such goods, which would be very inconvenient to“ drag ”through the corridor controlled by the FSB of Russia.
Finally, the treaty deals with a transport corridor, the security of which will be guaranteed by the Russian border guards, but whether it includes the southernmost railway in the region, and whether it is even theoretically possible to include this road in it is an open question.
Finally, in the best scenario for the parties, rebuilding the railway will take time, effort and investment. " And the epilogue here is almost a verdict, so far addressed to Armenia: "... despite the decision to unblock communications, Armenia again risks being left behind."
Apparently, the cargo (mentioned in the text) is military. And, of course, from Turkey. But when it comes to an open question, one must remember that the settlement provides for the unblocking of all highways in the region.

No one is to blame, but what to do?

One gets the impression (in connection with this kind of reports) that for the further strengthening of both the economic ties between Russia and Armenia, and these countries with Iran, the use of the aforementioned highway with its outlets to Iran is undesirable for the Azerbaijani side?

A characteristic (in this regard) stroke: the very section of this Transcaucasian "Transsib" in the south of Armenia - between the Nakhichevan region and the rest of the territory of Azerbaijan (about 60 km) - was originally, that is, since the mid-20s of the last century, was part of the iron roads of the Azerbaijan SSR.

This was done despite repeated appeals from the leadership of Soviet Armenia. Which, by the way, also contributed to the growth of the Armenian-Azerbaijani conflict. In 1991, the movement was abolished here. But will the "transport" sovereignty of Armenia be declared in this sector of the highway? Or will it remain under the jurisdiction of the AzZhD? 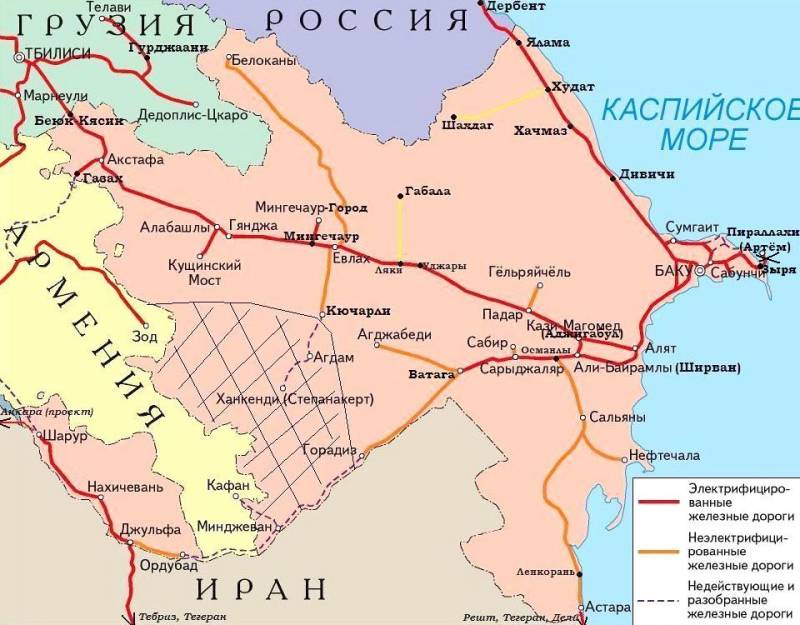 It is quite obvious that the resumption of the work of the entire artery depends on the solution of this issue as well. But so far there is no reason to believe that Baku, given the current territorial and political "achievements" of Azerbaijan in the region, will agree to the transfer of the Trans-Siberian Transcaucasia section, which is so politically significant for Baku, to Armenia or to the SCR concession.

Second life of the highway

Let us explain. This highway, inactive since 1992 due to the Armenian-Azerbaijani conflict, is connected to the railway network of Russia through Azerbaijan and Abkhazia. The Abkhazian sector, however, is still inactive.

That is, Russia gets direct access - so far through Azerbaijan - to this artery (Tehran comments on statements that the border between Iran and Armenia no longer exists).

In addition, Eurasian cargo transit will resume there - after a 30-year hiatus. 1950s - 1980s the total income of the USSR from transit along this highway exceeded $ 20 billion (at the current exchange rate). Armenia, Azerbaijan, Georgia, the RSFSR received 12-15% of transit revenues each. At least 50% went to the all-union budget.

Interest in this transit artery is still shown even in Scandinavia. Not to mention many countries of Eastern Europe, the ex-USSR and the Persian Gulf basin. However, over the past thirty years, up to a third of the sections of the highway fell into complete disrepair.

Their restoration is hardly possible without the joint efforts of Russia, Iran, Armenia and Azerbaijan. But are Baku ready for such efforts? In other words, the situation is developing in such a way that, most likely, a military base of the Russian Federation will have to be located on the Armenian-Iranian border.

It should be recalled that, firstly, the Soviet military base was already there in the 1920s - 1980s. And secondly, measures to resolve the conflict are carried out with the participation of Russia.