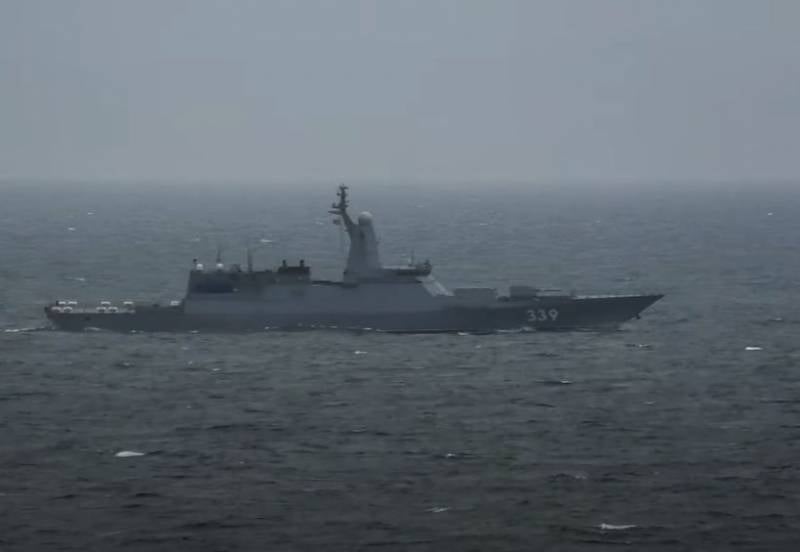 The newest corvette Aldar Tsydenzhapov continues to be tested in the Sea of ​​Japan. Press Service of the Pacific fleet reports that the crew of the corvette is testing the standard weapons of the warship. The day before, cruise missiles of the Uranus complex were fired, and now the crew of Aldar Tsydenzhapov was tasked with finding and destroying a simulated enemy submarine.

Apparently, we can talk about the modification of the "Package-NK" complex, which began mass production last year. This complex has a sonar, a target designation system, a control system, as well as a combat module itself, a launcher SM-588.

Complex "Packet-NK" allows you to destroy submarines in the combat zone of the ship - at distances of up to 20 km. It can also be used to destroy torpedoes attacking a warship. In this case, the maximum distance to eliminate the target is about one and a half km at a depth of up to 800 m. The ammunition used (anti-torpedo) has a caliber of 324 mm. The speed of the anti-torpedo reaches 50 knots with a designated target and 30 knots in target search mode.

It is noted that the shooting with the "Package" complex by "Aldar Tsydenzhapov" was successful, the conditional destruction of diesel-electric submarines took place.
Ctrl Enter
Noticed oshЫbku Highlight text and press. Ctrl + Enter
We are
The distance of hitting the target by the missile system "Uran" from the corvette "Aldar Tsydenzhapov"Reports from the militia of New Russia for 27-28 September 2014 of the year
Military Reviewin Yandex News
Military Reviewin Google News
19 comments
Information
Dear reader, to leave comments on the publication, you must sign in.