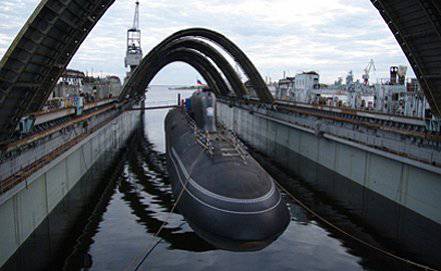 The nuclear attack submarine Severodvinsk of the Yenen 885 project will be armed with unparalleled Caliber cruise missiles. In a subsonic version, for striking ground targets, the maximum range of this missile is over 2500 km, a source in the Russian military-industrial complex told reporters today.

"The missile meets all the requirements of the Russian Defense Ministry in terms of range, shooting accuracy, striking effect and invulnerability when flying to a target. Because of its unique tactical and technical characteristics, no one in the world has such a missile," the source said.

He confirmed that the Caliber cruise missile has multiple combat equipment. "The rocket will carry a monoblock warhead. In case the warhead is in normal equipment, then the maximum range of the missile’s flight will be more than 2,5 thousand km," the source said. "Caliber" is precision weapon“Its probable deviation from the target when shooting thousands of kilometers does not exceed two or three meters,” he stressed.

In the anti-ship, supersonic version, the maximum range of the Caliber is 375 km.

For comparison: according to open sources, the range of the Tomahawk cruise missile, which is in service with the US, in the submarine version and in non-nuclear equipment is about 1150 km.