"There was no expulsion from the Russian water area": ​​the US commented on the incident with the destroyer 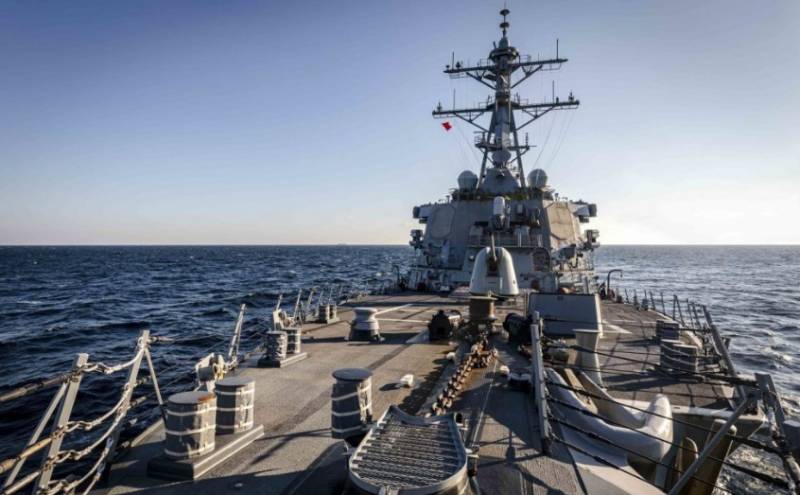 The American destroyer USS John S. McCain allegedly could not be expelled from the waters of the Russian Federation, since she did not go there, but was in international waters all the time. The US Navy ship was stationed in Peter the Great Bay in the Sea of ​​Japan, conducting "Operation to Maintain Freedom of Navigation."


So in the press service of the Seventh fleet The US Navy has commented on the incident with USS John McCain, which was reported on Tuesday. But since when shipping in the Peter the Great Gulf suddenly became "not free", the Pentagon does not comment ...

The RF statement is not true. The ship "John McCain" was not "expelled" from any national waters.
- said in a statement.

On Tuesday, the US Navy decided in practice to prove that they are allowed to do anything. The same is stated in the message of the press service of the Seventh Fleet, commenting on the incident in the bay:

The United States will fly, sail and operate wherever international law permits - regardless of the location of excessive maritime claims and current events.
Therefore, the destroyer "John McCain" went into the depths of Russian territorial waters for two kilometers, from where it was driven out by the large anti-submarine ship of the Russian Navy "Admiral Vinogradov". The violator was warned that a ramming maneuver could be used against him, after which he left the territory of the Russian Federation.

Ctrl Enter
Noticed oshЫbku Highlight text and press. Ctrl + Enter
We are
"Operation on freedom of navigation": the US Navy explained the entry of the destroyer USS John S. McCain into Russian watersYuri Drozdov: Russia prepared the role of the sacrificial calf
Military Reviewin Yandex News
Military Reviewin Google News
95 comments
Information
Dear reader, to leave comments on the publication, you must sign in.