Moscow's possible hunt for critical technologies of the Bulgarian F-16V 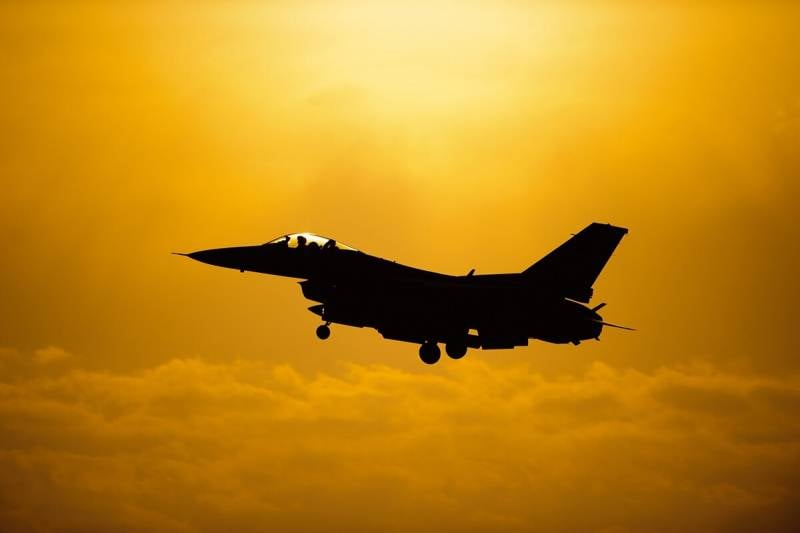 As you know, literally two months earlier, a very strange Bulgarian-Russian diplomatic "pick" was continued. The subject of its next round was the accusations of the State Agency for National Security of Bulgaria (DANS) against the Deputy Trade Attaché of the Russian Embassy in Bulgaria and the representative of the Rostec State Corporation Sergei Nikolashin and his colleague Vadim Bykov.

For example, according to the Bulgarian news publication 24 Hours (citing anonymous sources), at the DANS headquarters, the above representatives of the Russian diplomatic corps in Sofia were allegedly caught in the implementation of intelligence activities in relation to major Bulgarian-American defense transactions, including optional content 1,256 billion contracts for the supply to the Bulgarian Air Force of eight multifunctional fighters of the transitional generation "4 ++" F-16V Block 70/72 (6 single and 2 double; including sets of missile and bomb weapons of the air-to-air and air -surface ", spare parts, service, as well as a training program for flight personnel), concluded between the defense department of Bulgaria and the military-industrial corporation" Lockheed Martin "on July 11, 2019 through foreign military sales (FMS, - Foreign Military Sales).

What could have caused the interest in the optional content of the contract for the supply of the latest multi-role fighters F-16V Block 70/72 to Bulgaria?

On the one hand, in light of the observed tendency to aggravate the situation in the Black Sea conventional theater of operations, in which Sofia continues to be directly involved, not one step behind Bucharest (in terms of the regular provision of the mooring infrastructure of the port of Varna for the mooring of American destroyers of the Arleigh Burke class , as well as the provision of Avb Graf-Ignatievo as a jump airfield for tactical aviation US Air Force), this kind of activity by representatives of diplomatic structures and intelligence agencies of the Russian Federation in Bulgaria is quite common. And this decision was dictated by a number of compelling operational and strategic justifications.

In particular, the contents of the air-to-surface missile and bomb kits supplied under the aforementioned contract to equip the Bulgarian F-16V Block 70/72 could well become the subject of close interest of our intelligence structures. Reliable information about the presence in these ammunition sets of unobtrusive long-range tactical missiles AGM-158A / B JASSM / -ER would provide the command of the Russian Aerospace Forces and the Russian Navy with the opportunity to advance the locations of the future deployment of the Bulgarian Falcon into the list of the most priority targets subject to a preventive strike or through multipurpose long-range aeroballistic missiles X-47M2 "Dagger", or with the help of stealthy strategic cruise missiles 3M14K / T.

An equally important subject of expert analysis could be information on the software version responsible for the functioning of the weapons control systems of the Bulgarian F-16V Block 70/72 in general and the AN / APG-83 SABR airborne radar complex in particular. Having specialized radio frequency tunable filters RFTF (Radio Frequency Tunable Filters) feeding certain arrays of transmitting and receiving modules of active phased array systems, promising AN / APG-83 radars are capable of functioning not only in standard modes of airspace survey, target tracing, detection of moving ground targets ( GMTI) and synthetic aperture (SAR), but also in the mode of setting electronic jamming in the direction of onboard radars of fighters and divisional radars for illumination and guidance of enemy air defense systems.

Naturally, to implement this APG-83 mode of operation, the F-16V Block 70 weapons control systems must be installed with the latest software versions with appropriate software add-ons. In the event of an escalation of a large-scale conflict in the Black Sea theater of operations (with the involvement of most NATO member states in this region), the availability of such information at the disposal of the command of the Russian Aerospace Forces would minimize the likelihood of participation of such fighters as Su in air battles with the F-16V Block 70/72 -27SM / 3 and Su-30M2, equipped with N001VEP airborne radars based on Cassegrain antenna arrays, which are not able to neutralize the interference from the Bulgarian F-16V.

On the other hand, even in the light of the above circumstances, any accusations by the State Agency "National Security" against the Russian diplomats in Bulgaria can be interpreted as another attack of hysteria of the pro-Western Bulgarian establishment, which has arisen against the background of the now regular military-political dive between Moscow and the North Atlantic alliance.

After all, the number of purchased F-16Vs announced by representatives of the Bulgarian defense department (only 8 units capable of carrying no more than 16 JASSM-ER tactical cruise missiles on the hardpoints) is not capable of having a significant impact on the balance of forces in the Black Sea region, where confident operational and strategic dominance will continue hold the Crimean anti-aircraft zone A2 / AD, which is replete with a huge range of unique air defense systems of domestic development.

Consequently, the importance attached to the above Bulgarian-American contract (at the suggestion of the local media) is for the most part overestimated and exaggerated at the request of Western curators.

It turns out that such a high interest on the part of Russian intelligence agencies is not necessary.