Features and potential of Iranian-Sudanese relations 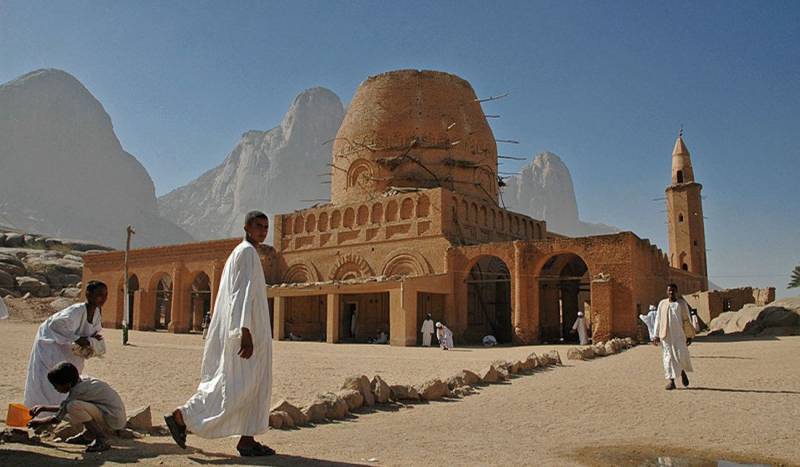 Iranian-Sudanese relations began their development in the late 80s and early 90s of the XX century, as a result of the processes associated with the development of Islamic fundamental ideas, as well as in difficult conditions of isolation. The Islamic Republic of Iran, following its ideological line, which became the basis of a new Iran in 1979, sought to expand its influence not only among the Shiite population of a number of Middle Eastern states (such as Bahrain and Lebanon), but also to exert its influence on countries with a predominantly Sunni population.

Sudan, which had a number of problems inherent in African countries (in connection with its colonial past), in 1989 as a result of a military coup with the support of Islamic fundamentalists led by Hassan at-Turabi, is becoming a promising direction for Iranian foreign policy, which is undergoing conceptual changes.

In the early 90s, the Iranian concept of foreign policy underwent a number of significant changes. The spread of Islamic fundamentalism in difficult economic conditions and the weakening of the military potential in the post-war period, as well as the realization of the ineffectiveness of the old approaches in the implementation of foreign policy, served as reasons for rethinking the foreign policy of the Islamic Republic of Iran.

Revision of foreign policy priorities (namely, export of the Islamic revolution and aid to all "oppressed"), as the fundamental principles of the foreign policy of post-revolutionary Iran, is acquiring a hidden character. One of the examples of the implementation of the new concept was Sudan, in which Omar al-Bashir came to power in 1989 during a coup. Omar al-Bashir chose the National Islamic Front (NIF) movement, a Sunni Islamic fundamentalist movement led by Hassan Abdullah at-Turabi, as a pillar of his regime. The ideas of Hasan Abdallah at-Turabi, the leader of the NIF, largely coincided with the ideas of Khomeinism (at-Turabi called for the creation of an Islamic international).

Of course, this movement has attracted the attention of the Islamic Republic of Iran. In December 1991, Iranian President A.Kh. Rafsanjani to Khartoum. During the visit, an agreement on military-technical cooperation was signed between the Islamic Republic of Iran and Sudan. The Iranian delegation included representatives of business and military circles. Iran has signed open and secret agreements and contracts with Sudan. The secret agreements mainly concerned cooperation between the two countries in the military sphere and in the field of mutual security.

In the future, the cooperation of the government of the Islamic Republic of Iran with the government of Sudan, headed by Omar Al-Bashir, developed quite closely in the military-technical sector. Iranian camps for training military specialists existed on the territory of Sudan. Iran supplied weapons for the needs of the Sudanese army. Although both sides did not acknowledge the fact of trade weaponsAccording to some reports, Iran provided financial support to the Al-Bashir regime and covered the cost of purchasing weapons from China and North Korea. The Iranian government also supplied Sudan with oil and petroleum products. Sudan (in exchange for Iranian assistance) provided the Iranian trade and military the fleet the opportunity to use the Port of Sudan in the Red Sea for 25 years.

However, in the 2000s, the coalition of military and Islamic fundamentalists collapses. Once the comrades-in-arms become opponents. These changes did not immediately affect Iranian-Sudanese relations. But later they became the reason for their termination.

In 2006, Iran's Supreme Leader Ali Khamenei met with Sudanese President Omar Al-Bashir. As a result of this meeting, A. Khamenei said that Iran is ready to export nuclear technologies to neighboring countries such as Sudan.

In 2008, Iranian Defense Minister Mostafa Mohammad Najjar expressed full satisfaction with military cooperation between Sudan and Iran. On March 7, 2008, Sudan and Iran signed a new agreement on cooperation in technology, education, science, industry and exchange of expert delegations, as well as on the creation of a military cooperation commission. Sudan is becoming one of Iran's important partners in supporting the Shiites.

However, the government of Sudan, realizing the difficult economic situation in the country, was forced to cooperate not only with the Islamic Republic of Iran, but also to find new partners. Including Saudi Arabia, relations with which were terminated in 1990, when the Sudanese authorities supported Iraq's invasion of Kuwait. This decision was largely the reason for cooperation between Iran and Sudan. It also undermined relations with a number of Arab states. Of course, the deterioration of the economic situation in the state required a search for a new approach in foreign policy.

In September 2014, relations between Iran and Sudan were undermined by the closure of an Iranian cultural center in Khartoum.

The reason for this, according to the Sudanese authorities, was the activities of the employees of the cultural center, who, according to official figures, were engaged in preaching work. This decision of the Sudanese government was the first step towards ending cooperation with the Islamic Republic of Iran.

Earlier in August 2014, Sudan received a USD 1 billion deposit from Saudi Arabia at its central bank. Also, a large role in the deterioration of Iranian-Sudanese relations was played by the participation of Sudan in the conflict in Yemen, where military forces were sent to fight the Houthis. These actions have largely strengthened Sudan's relations with Saudi Arabia.

In January 2016, following Saudi Arabia, Sudan severed diplomatic relations with Iran. The reason for this was the attack on the Saudi Arabian embassy in Iran, provoked by the execution of the Shiite preacher Nimr al-Nimr. For many years, the Islamist military regime of Khartoum has maintained close relations with Tehran. But as divisions between them in the region have exacerbated due to conflicts in Syria, Iraq and Yemen, Khartoum has entered into an alliance with Riyadh. In 2015, Sudan withdrew from its alliance with Iran and joined a Saudi-led coalition against Iran-backed Yemeni Houthis.

The severance of diplomatic relations unambiguously determined that Saudi Arabia became a strategic partner of Sudan. In January 2017, the Saudi Arabian and Sudanese navies conducted a joint exercise called Falak 2 at the King Faisal Naval Base of the Saudi Western Fleet. The exercise was led by the commander of the Royal Saudi Western Fleet, Admiral Said Al-Zahrani. The exercises included storming and checking the ship for weapons smuggling. And also landing on one of the islands on high-speed boats with the participation of aircraft of the Royal Saudi Arabian Navy. Earlier (in February 2016), Sudanese troops took part in the Northern Thunder (Ra'ad al-Shamal) military exercise in Saudi Arabia.

Iranian-Sudanese relations, which began their development in the late 80s and early 90s of the XX century, have been developing for more than 20 years in the spheres of military-technical and economic cooperation, as well as in difficult conditions of isolation of the two states.

The Islamic Republic of Iran sought to expand its influence not only among the Shiite population, but also to exert over the countries with the Sunni population. Sudan, has become a promising direction for Iranian foreign policy.

But the change in the domestic political and economic situation in Sudan hindered the further development of Iranian-Sudanese relations. Moreover, they destroyed them.

Further prospects for the restoration of relations completely depend on the internal political situation in the country and the foreign policy concept of Sudan.