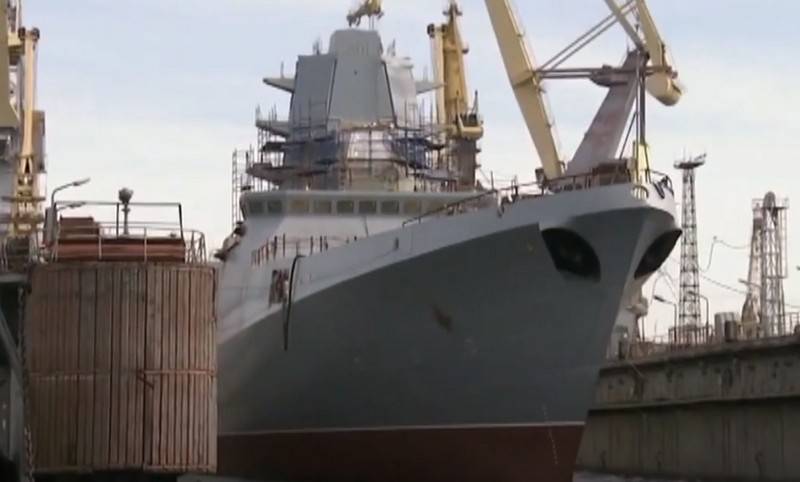 The United Engine Corporation (UEC) has started serial deliveries of domestic diesel-gas turbine units М55Р for frigates of project 22350 within the framework of import substitution of Ukrainian power plants. This was reported by the press service of the state corporation Rostec.


UEC announced the delivery of the first completely Russian unit DGTA-M55R to Severnaya Verf, where the construction of frigates of project 22350 is underway. ".

The first unit was shipped in November this year, the second unit is scheduled to ship in the first half of December. Thus (...) Severnaya Verf will receive a full-fledged power plant, consisting of two units, for one of the Project 22350 frigates, which is currently under construction
- said the deputy general director of the UEC Victor Polyakov.

It is specified that in addition to the M55FR gas turbine engine with a maximum capacity of 90 horsepower, the DGTA-M27R includes a 500D10 diesel engine with a power of 49 horsepower, a PO5200P gearbox and control systems.

It is stated that all project 55 frigates under construction and planned for construction will be equipped with Russian DGTA-M22350R units, except for the lead Admiral Gorshkov and the first serial Admiral Kasatonov, which received Ukrainian-made units.

It should be reminded that until 2014 Russian ships were equipped with units manufactured by Zorya - Mashproekt (Nikolaev, Ukraine).
Ctrl Enter
Noticed oshЫbku Highlight text and press. Ctrl + Enter
We are
Russian engines NK-33 / AJ26 launched American Antares rocket into planned orbitSevernaya Verf Shipyard will launch the third serial corvette of the 20380 Stable project in May
Military Reviewin Yandex News
Military Reviewin Google News
91 comment
Information
Dear reader, to leave comments on the publication, you must sign in.