Russia's political future is predicted only until 2024: causes and possible consequences 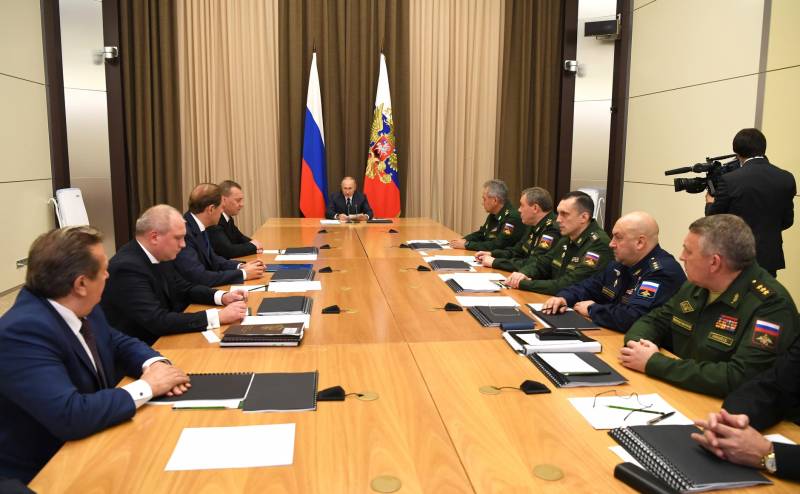 The material is published in the section "News"for technical reasons.

Vladimir Putin's next presidential term ends in 2024. Everyone is already accustomed to the fact that Vladimir Vladimirovich is positioned by the domestic pro-government media as "our everything", and there is no alternative to which there can be.

But the era of Putin's power cannot last forever. If only because of the finiteness of the life of any person. And the head of state is no exception in this case. No matter how many times the possibility of staying in power is extended, the years take their toll. And even if a person physically continues to exist, this does not necessarily mean that he will retain the ability to govern. Here it would be more to think about the United States with their Trump and Biden, who are under 160 for two ...

Meanwhile, any predictions in modern Russia are made only until 2024. And this is very scary.

It never occurs to anyone to predict the development of the United States until the end of the presidential term of the same Donald Trump or Joe Biden. But in Russia such a system of state power has developed that the entire strategy of the development of the fatherland is directly linked to the personality of the head of the country.

One does not need to closely monitor the media space in order to record a curious objective fact: no one of the government officials ever speaks seriously about Russia without Putin. And this is one of the Kremlin's biggest mistakes.

The absence of a clear scheme for transferring power from the incumbent president to the future, the shortage of candidates for the role of successors to the post of head of state can play against our country and its future.

First of all, the question arises: does the Kremlin have no worthy candidate? Or is Putin going at the very last moment to act "like Yeltsin" - to take out "from the casket" a new, hitherto little-known personality, and declare her his successor? Unclear.

But the question of a successor is not so bad.

Much more serious is the lack of strategic planning for the development of the state. This is probably due to the fact that in the government, and on the political scene in general, no one can imagine what will happen in Russia if Putin leaves the presidency?

Should we expect coups?

The options for the subsequent development of events are very numerous. This is the transfer of power to someone from his entourage, of course, legitimized by the elections. And the “summit coup”, as a result of which one of the current high-ranking officials may also come to power. And an "external coup", as a result of which a part of the elite can put an imaginary oppositionist in the presidential chair, who will imitate the fight against corruption and privileges.

The role of "Yeltsin 2.0" can be played by a figure who has appeared from nowhere and is new for the Russian political field, whom the media structures (if such an order is received) will instantly make an All-Russian celebrity.

There are also sadder scenarios that need not be voiced.

So, in the event of any unexpected consequences of Putin's departure from the presidency, changes in the life of the country can be so significant that now no one is undertaking to seriously develop any strategies for the development of the state for the period after 2024.

However, strategists can already safely look into 2030. Since there are only a little over three years left until 2024, and Vladimir Vladimirovich is still clearly determined to continue his presidential career.

And most likely he will go for a new term. If nothing happens. Not for the same, in the end, did they change the Constitution so as not to take advantage of the general motive of its transformation? But even if so, the forecasts for the future (after the 24th and especially until the 30s) are vague, which cannot but cause concern for a country like Russia.