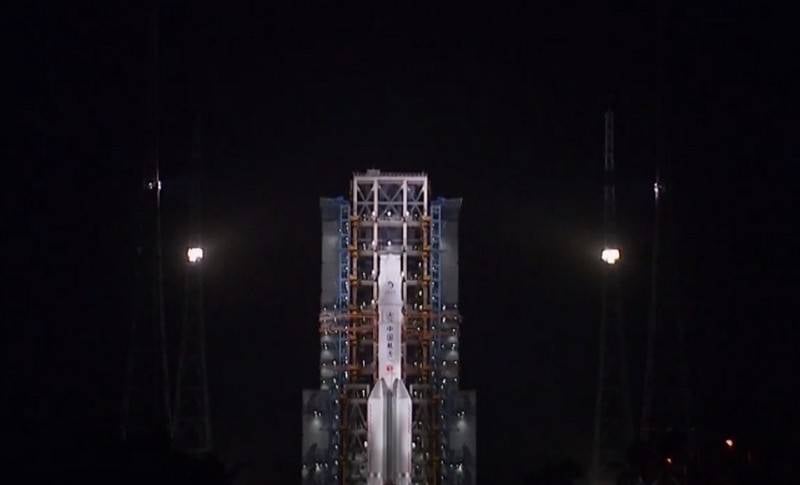 China has begun the implementation of the next lunar mission, sending the automatic station "Chang'e-5" to the natural satellite of the Earth. The heavy launch vehicle Changzheng-5 (Long March 5) was launched from the Wenchang cosmodrome on Hainan Island.


According to the Chinese National Space Administration (CNSA), the rocket was launched in a normal mode, after the estimated time, the launch vehicle launched the Chang'e-5 automatic reentry vehicle into orbit. After a series of maneuvers, the device will enter the flight path to the natural satellite of the Earth. The mission of the station is to land in the region of the Ocean of Storms in the western part of the visible side of the Moon, collect about two kilograms of lunar soil and deliver it to Earth.

The delivered soil is planned to be studied both for scientific purposes and as part of a project to prepare for the construction of a Chinese lunar research base.

Landing "Chang'e-5" is scheduled for November 29, on the lunar surface, the device will spend two lunar days, after which it will go back. The landing of the descent vehicle with the capsule is scheduled for December 15-16 in northern China in the Inner Mongolia Autonomous Region.

As stated in Beijing, if this lunar mission is successful, China will become the third country in the world after Russia (USSR) and the United States to deliver lunar soil to Earth.
Ctrl Enter
Noticed oshЫbku Highlight text and press. Ctrl + Enter
We are
In China, launched the rocket "Great campaign – 5"China completes ground test cycle for rocket propulsion
Military Reviewin Yandex News
Military Reviewin Google News
41 comment
Information
Dear reader, to leave comments on the publication, you must sign in.