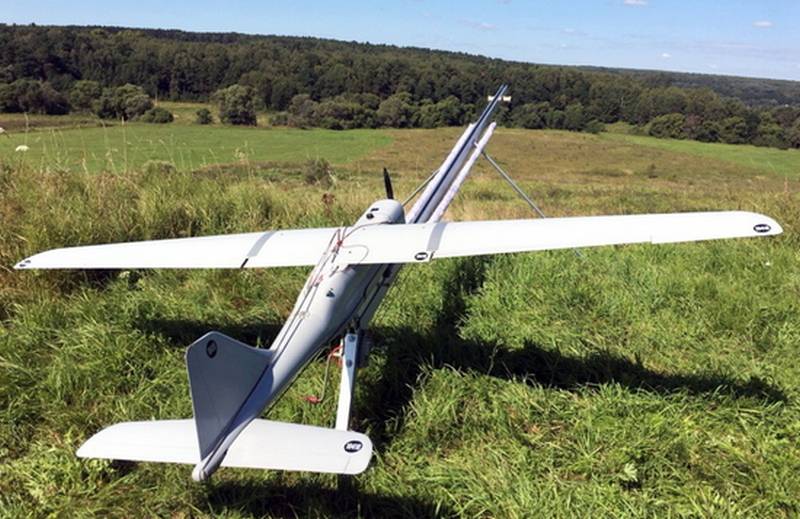 
As the newspaper writes, the new unmanned reconnaissance system has already been tested by the Ground Forces in the Southern Military District, including during the Caucasus-2020 military exercises. Drones with installed software with elements of artificial intelligence were engaged in the detection of air defense radars and anti-aircraft complexes, after which they transmitted their coordinates for destruction.

As the Ministry of Defense explained, the UAV equipment detects radar radiation, determines the direction to the signal source, its approximate range and coordinates, after which the information is transmitted to the control point, or directly to the helicopter or aircraft. With the help of this system, detecting the enemy's air defense in advance, it is planned to significantly reduce the losses of combat aviation from anti-aircraft fire.

If earlier in military conflicts the conquest of air supremacy was of paramount importance, today the task of destroying the air defense system comes to the fore.
- said the ex-commander of the 4th Air Force and Air Defense Army, Lieutenant General Valery Gorbenko.

According to him, early detection of enemy air defense positions with the help of drones will allow them to strike a preemptive strike, thereby protecting their aircraft from anti-aircraft systems fire, preserving equipment, and most importantly, the lives of pilots.
Ctrl Enter
Noticed oshЫbku Highlight text and press. Ctrl + Enter
We are
Yuri Drozdov: Russia prepared the role of the sacrificial calfDecember 2010 years. Russian March. Senseless and merciless? Notes not a Russian person
88 comments
Information
Dear reader, to leave comments on the publication, you must to register.