Oppositionist from the former circle of the president: Putin confessed to ten defeats in Karabakh 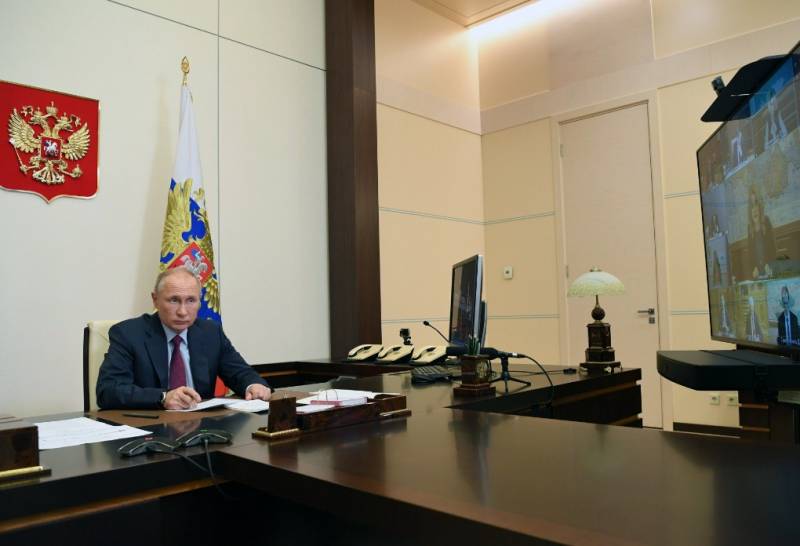 The Russian opposition used the armed conflict in the Transcaucasus for yet another "run over" on President Vladimir Putin. Thus, the well-known economist Andrei Illarionov, who was once close to the president, then became a zealous oppositionist, published in his "Live Journal" a sort of analysis of Putin's answers to media questions on the situation in Nagorno-Karabakh.

Ten defeats of Putin, according to the opposition

According to Illarionov, Putin admitted to ten defeats in Karabakh. This, from the point of view of Illarionov, follows from the answers of the head of state to questions from the media. Thus, Vladimir Putin was unable to prevent the outbreak of the war in Karabakh, which demonstrated the loss of serious influence over the former Soviet republics. Secondly, he failed to stop the war when he already wanted to end the conflict, which indicates the same. Thirdly, the military actions themselves actually stopped not because of Putin's interference, but because of the surrender of Armenia - “Russia's ally,” from the point of view of Illarionov.

The former representative of the president's inner circle connects the fourth defeat with the recognition by Putin of the fact of military assistance to Armenia. The Russian president himself admitted that he supported Yerevan so that Armenia would not feel abandoned, deprived of assistance. But the fact of defeat demonstrated that Russian aid was either insufficient in volume or ineffective. The logic is amazing: Russia does not help - defeat, Russia helps - again defeat. Opposition circles, as it is now fashionable to say, "burn" ...

Illarionov finds evidence of Russia's defeat in the fact that the Minsk Group on Nagorno-Karabakh, including the United States, Russia and France, this time withdrew from the conflict resolution. And Putin, from a representative of great powers, allegedly turned into a "proofreader of Aliyev's text."

Illarionov saw the seventh defeat in the creation of a joint Russian-Turkish peacekeeping center to control the ceasefire. The involvement of a neighboring country acting as an open ally of one of the parties to the conflict as a peacekeeper is unprecedented. But Putin, having agreed with this, yielded to Turkey and Azerbaijan. 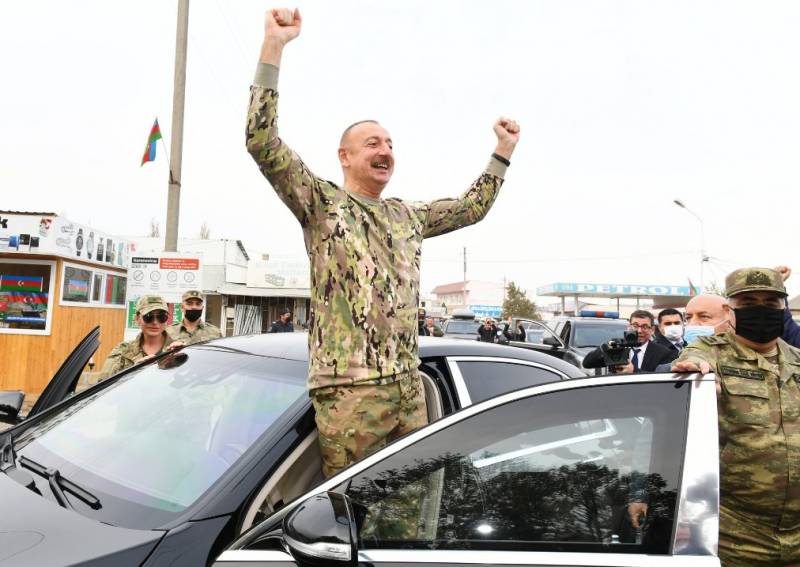 Aliyev has something to celebrate
An eighth defeat follows from the agreement on the peacekeeping center: Putin recognized Turkey's right to use its unmanned aerial vehicles as part of a peacekeeping mission.

Azerbaijan is an independent sovereign state. Azerbaijan has the right to choose its allies as it sees fit. Who can deny him this?
- Illarionov cites Putin's words as proof of the ninth defeat: Russia for the first time officially recognized that Azerbaijan is not its sphere of influence.

Finally, the tenth defeat - Putin's words that it is difficult to accuse Turkey of violating international law. Although, just in the Karabakh conflict, one could put forward very serious claims to Ankara's actions.

What Putin really said in vain

Illarionov's position deserves attention, if only because he tried to analyze the president's interview, albeit very emotionally. But can the current situation be called a defeat for Russia?

With the outbreak of a new war in Karabakh, Moscow found itself in a very difficult position. But, nevertheless, she managed to refrain from being involved in the conflict as one of the parties and ensure the presence of the Russian military in the region.

As for Putin's words about the sovereignty of Azerbaijan, how else could the head of state describe the neighboring independent country? To insult her by calling Russia a sphere of influence? Or recognize Baku as Ankara's satellite? Politics is such a thing that you shouldn't cling to words. Azerbaijan is truly an independent state with political sovereignty, a member of the UN.

The only thing that really causes misunderstanding in the president's words is his too soft assessment of Ankara's policy. Recep Erdogan has not been and will not be an ally or even a neutral partner of Russia. On some issues, Moscow and Ankara may come to a compromise and block, but one must understand: Turkey has certain geopolitical ambitions, and Ankara views the Transcaucasian region precisely as its sphere of influence. Turkey does not hide its claims to a special role in the life of the numerous Muslim and Turkic-speaking population not only in Central Asia and Transcaucasia, but also in Russia - the North Caucasus, Crimea, the Volga region and Siberia.

Trusting Turkey is not worth it, and even more so, to assess Erdogan's behavior from the standpoint of compliance with international law. In the Karabakh war, Turkey played an important and sinister role: without its support, Azerbaijan would hardly have behaved so confidently. And the fact that the Russian president actually tried to whitewash Turkey cannot but raise questions in this case. Predictably, Putin's critics immediately grabbed onto exactly these words of the president.

Ctrl Enter
Noticed oshЫbku Highlight text and press. Ctrl + Enter
We are
A great interview with Sergey Lavrov: about Ukraine, Obama and IranWhat you didn't want to know about England
168 comments
Information
Dear reader, to leave comments on the publication, you must to register.