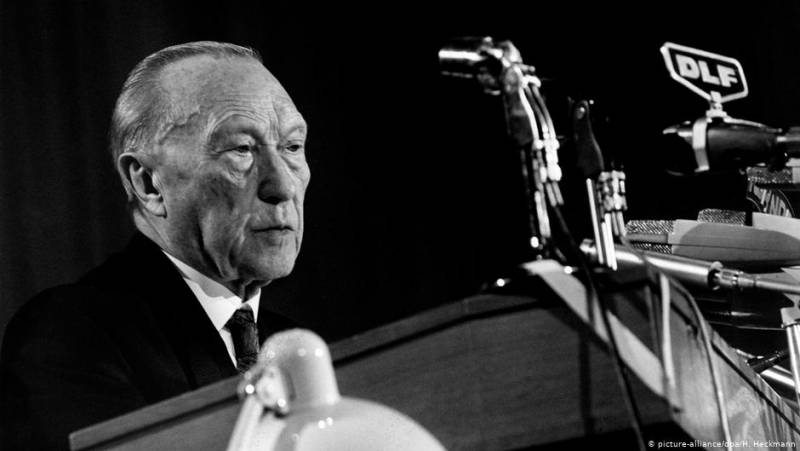 Many interesting stories from stories espionage is contained in the latest book "The Power of the Secret Services" (U. Klußmann, E.-M. Schnurr - Die Macht der Geheimdienste), which came out this year in Germany. One of them is about how Soviet intelligence wrote a letter from the former Federal Chancellor of Germany Konrad Adenauer (Konrad Hermann Joseph Adenauer).

"The power of special services"

The Power of the Secret Services (or The Power of the Secret Services) is not the only book of its kind published in 2020. In particular, the novelty from Heribert Schwan "Spies in the corridors of power" (Spione im Zentrum der Macht, 2020) tells about the work of the special services of the GDR (East Germany) during the Cold War. On the agents of the "Stasi" of the Ministry of State Security of the GDR (Ministerium für Staatssicherheit), who infiltrated the state, security and political structures of West Germany. A well-known Stasi spy was Gunther Guillaume, one of the assistants of the German Chancellor Willy Brandt (1969-1974).

Heribert Schwan studied thousands of documents and reported that at the end of the 1980s in the Federal Republic of Germany there were about 2 full-time and non-staff agents working for intelligence in the GDR. They infiltrated the Chancellor's entourage, ministries, power structures and the headquarters of the leading parties.

One of the Stasi's methods was the so-called "honey trap". The agents were used to seduce the subject into romantic or loving encounters. The object was then used blindly or recruited. The secret services of the GDR carried out Operation Romeo. Interesting, attractive men were selected as agents and targeted at single, most often middle-aged women who work as secretaries, stenographers and other workers in federal ministries and departments of the FRG. The agents seduced and recruited women.

For other recruits (not only women), ideology played an important role; they considered themselves fighters for communism, peace and progress. Many worked for the special services purely out of material interest. 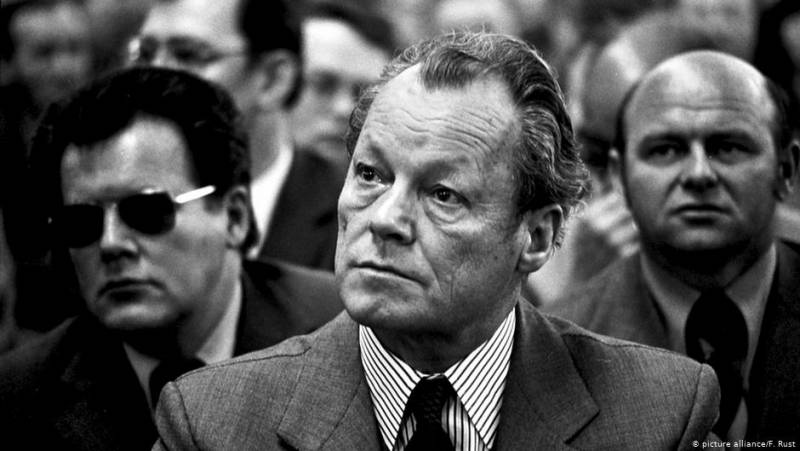 German Chancellor Willy Brandt. Behind him in dark glasses is the East German spy Gunther Guillaume

An attempt to discredit Schroeder

At the end of 1972, the Christian Democratic Party (in the economy it advocated a social market economy, in foreign policy - for the absorption of East Germany) tried to organize in the Bundestag a vote of no confidence in the leader of the Social Democratic Party and Federal Chancellor Brandt.

The Chancellor pursued the so-called "New Eastern Policy" aimed at rapprochement with the GDR and the socialist countries of Europe. Bonn recognized the sovereignty of the GDR, the state border between the two German republics, diplomatic relations were established between the countries, and inter-German economic ties were strengthened. The Social Democratic Chancellor abandoned the former policy of Christian Democratic governments - the policy of ignoring the GDR as an "occupied territory". The plan was for the gradual democratization of East Germany (“change through rapprochement”) and the future voluntary unification of Germany. Bonn also recognized the eastern borders of the GDR, confirmed the borders of Poland and Czechoslovakia.

However, the Christian Democrats were unable to topple Brandt. They lacked only two votes. It later emerged that East German intelligence had paid at least two members of the federal assembly to vote for the chancellor. As a result, Willie Brand held on to his post and continued the pro-Eastern policy. And the Social Democrats won early elections that were held soon. Christian Democratic leader Rainer Barzel had to leave.

Former Minister of Internal Affairs of Germany (1953-1961, 1961-1966), Minister of Defense (1966-1969) Gerhard Schroeder, the full namesake of the future Chancellor of the already united Germany Gerhard Schroeder (1998-2005), applied for the position of the CDU chairman. But if the more modern Schroeder was a supporter of rapprochement between the FRG and Russia, then the Christian democrat Schroeder, on the contrary, advocated strengthening ties with NATO and the United States, as well as for confrontation with the GDR and the USSR. His rise to power could violate the policy of detente. Therefore, they tried to discredit Schroeder.

The task was entrusted to Lieutenant Colonel of the KGD Nikolai Portugalov, officially an international journalist. He was a specialist in the Federal Republic of Germany. The officer had to prepare a forged letter dated 1966 from the already deceased German Chancellor Konrad Adenauer. In the letter, he allegedly warned the Christian Democrats against electing Schroeder as the head of the party. They say that the foreign minister relies too much on ties with the United States, neglecting France. Adenauer was already dead and could not refute the document.

Portugalov did a great job: he read letters and memoirs of the former chancellor, studied recordings of speeches. I tried to delve into the style and psyche of Adenauer. In a 1999 interview with Spiegel, the journalist said:

"I myself thought almost like Adenauer."
They tried to publish the deception through the channels of East German intelligence in the leading media of the FRG. However, without success. The document was published, but the desired effect was not achieved.

That Schroeder did not become the leader of the CDU, but for a completely different reason.

The post of the head of the Christian party in 1973 was taken by another contender - Helmut Kohl. He was also a staunch conservative and in 1982 became Federal Chancellor, which unified Germany.

Ctrl Enter
Noticed oshЫbku Highlight text and press. Ctrl + Enter
We are
Family spy rowLegendary Stasi: 65 years ago was created by the MGB GDR
89 comments
Information
Dear reader, to leave comments on the publication, you must to register.