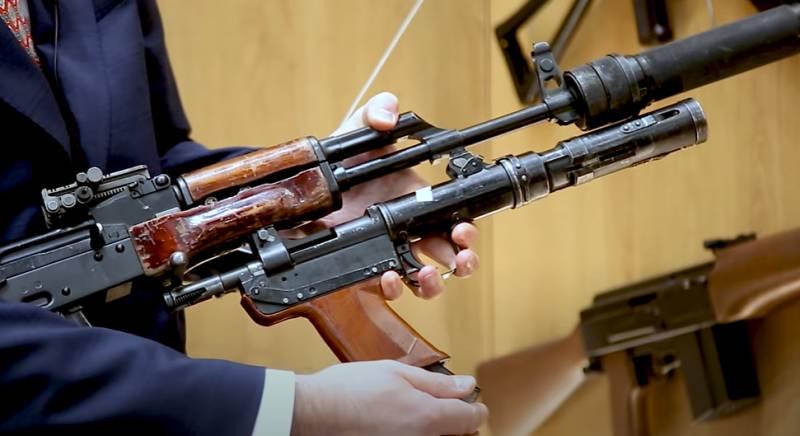 As you know, the developers and the military themselves often name the weapons of the domestic army in a very unusual way. These can be the names of birds and animals, cartoon characters. Among the large number weapons with such names there is a 6S1 "Canaryka" small arms and grenade launcher complex created at TsNIITochmash. This is the integration of the AKS-74U and the BS-1 grenade launcher, which has the ability to silently fire.


The maximum sighting range when firing from a grenade launcher of such a complex is 400 m.

Another variant of such a weapon with the original name is SSK-1 ("Silence" rifle-grenade launcher). This is a Soviet development, which was actively used by special units, for example, during the war in Afghanistan. The chief designer of Tishina is Georgy Petropavlov.

An overview of these types of weapons, which were used by the KGB special forces, is presented on the Lazarev Tactical channel. The article describes the design features of special-purpose rifle and grenade launcher systems, and the options for their combat use:

Ctrl Enter
Noticed oshЫbku Highlight text and press. Ctrl + Enter
We are
First muslimThe mystery of the death of blackbirds
9 comments
Information
Dear reader, to leave comments on the publication, you must to register.