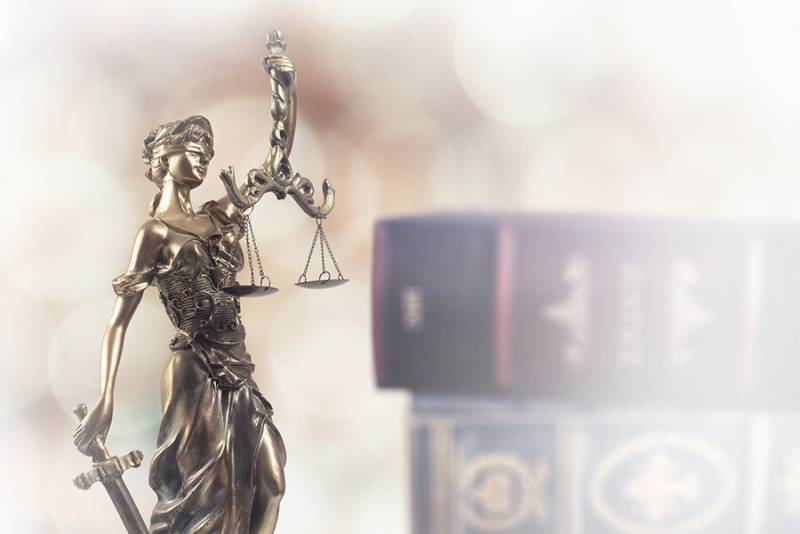 Recently, the Donetsk media sphere has been actively discussing the topic of illegally convicted militias, including Russians. The topic is more than complicated.

The case of Alexei Petrov (Izya Katsman) is heard. At first, he very actively criticized the mayor of Gorlovka, Prikhodko, and then was arrested on extremely dubious charges. He spent several years in prison.

There are also several other well-known (though not necessarily innocent) militias who have been imprisoned.

Indeed, there are quite a few cases when some kind of internal strife led to lengthy prison terms for servicemen. Moreover, they were kept without any legal basis in the commandant's office or simply in basements.

You should also not try to deny that the work of the judicial and penitentiary systems, to be honest, is still extremely far from perfect. And the institutions themselves are almost in their infancy. The Ukrainian heritage is partly affected, partly by the post-war devastation: everything was terrible until 2014, and then the situation hardly had a chance of significant improvement. In short, the problem exists and is of a very serious nature.

At the same time, it should be admitted that sometimes his friends and relatives raise a fuss about a particular fighter, justifiably finding fault with the flaws of the court proceedings. While they have nothing to oppose the essence of the matter and the accusation, except for emotions.

Unfortunately, in the LDNR, many cases were indeed recorded when "thrifty" fighters dragged home weapon, up to rocket-throwers "Bumblebee", and then paid for these "supplies" with freedom. But what to say: among the defenders of Donbass were hundreds and thousands of different people. The family, as they say, is not without its black sheep.

Moreover, under the conditions of war, many people broke the law due to personality changes caused by severe post-traumatic syndrome.

The complexity of the situation is not only in the clumsiness and imperfection of the judicial system. The favorite practice of local authorities - to hush up absolutely all the negative, once again deprived her of the opportunity to defend herself. And how can this be done now if any details of the crimes and their very facts were hidden even in those cases when it was a question of flagrant atrocities?

Donetsk and Luhansk have been drawing the image of the "holy" militia for so long and hiding the incidents in the People's Militia that now the corresponding stereotypes are firmly rooted in public opinion (at least in the network).

As a result, any, even the most grounded and crystal clear act of justice, for many people who are distant from local realities, enthusiastic or simply narrow-minded people is perceived exclusively as repression. Alas, they can no longer be persuaded. Although the local population, who personally had to see 2014 (or funny fighters after pay), is much calmer about everything.

Yes, for the most part this hysterically screaming "public" is insanely far not only from understanding what is happening in the republics, but also from the realities of the life around them - it continues to live in the USSR (because the Russian Federation is a firm), believes in reptilians and mourns the surrender of the Kuriles. At the same time, there are also healthy characters.

In addition, it must be admitted that the LDNR has turned into a "mysterious island" where people are "missing". And in general, God knows what is happening. And I must say that the reality there is strikingly different both from the "smart" Novorossia, drawn by federal publications and channels, and from the apocalyptic picture, painted by "patriotic guard" resources.

Probably, given the deterioration of the entire system, infrastructure, "psychology and the universe itself" in the LPNR, it would be foolish to expect the situation to improve and balance itself. The republics have long been in need of Russia's total attention. Moreover, this attention should come not only from interested persons, officials or television talkers.

All of Russia should know about what is happening in the LPNR and discuss the very real vicissitudes of the life of the republics. Not to mention various institutions that often try to perceive the republics as an annoying misunderstanding under Ukrainian jurisdiction. Perhaps it is high time to put things in order, at least in the legal plane, if it is not yet possible in such a tempting economic sphere.

Otherwise, the region will never become a full-fledged part of the Russian Federation, but will turn into a rather unpleasant place.

Unfortunately, even in such an important topic as the judicial system, as, in principle, and in all sectors of an emerging system, chaos still reigns. And sometimes it seems that there will be no order and justice in anything for a very, very long time. If only because we have not been able to get a single intelligible answer so far.

If you believe the authorities of the LDNR, then the inhabitants of the republics are already bursting with storage facilities and social justice. Moreover, information is spreading that everyone there will soon be assigned "unconditional basic income." (And this is not a joke at all - just such a statement was recently made by a high-ranking Donetsk official).

And if you believe the seekers of online justice, then all the militias have long been tortured in concentration camps.

And although the truth is most often somewhere between these extremes - in the middle, when it comes to human lives, the logic of this “in the middle” is sometimes just unacceptable for many ...

Ctrl Enter
Noticed oshЫbku Highlight text and press. Ctrl + Enter
We are
Commentary on A. Petrov's interview “Fire and Tactics in the Russian Army: Another Look”What you didn't want to know about England
35 comments
Information
Dear reader, to leave comments on the publication, you must to register.