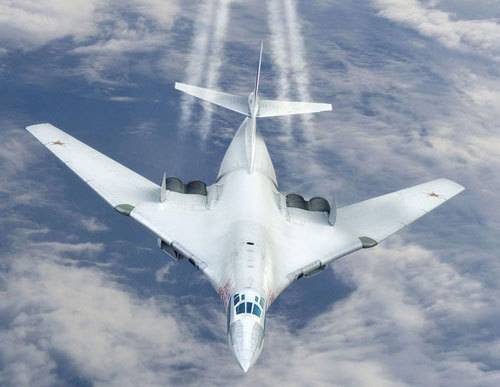 Enzo Ferrari (and / or Ferdinand Porsche) used to say:

"The ideal race car should finish first and fall apart right away."
Optimal results can be achieved only by sharpening the product for the most specific tasks (in the case of Enzo Ferrari, it was a question of the previously known number of circles that the car must drive).

For example, an "ideal aircraft" (if such a term is appropriate at all) can be created only if it is known for certain that the main combat use of this aircraft will be a specific conflict. In this case, the aircraft will take off from a base located at a known distance from the target, and it will make 90% of flights with a load of 10 kg. The flight time will not matter, or vice versa. And many more parameters.

Obviously, such a situation is a utopia, even if we consider short-term prospects (such as the likelihood of war in a particular region with a specific adversary, existing weapons, etc.).

The task is further complicated by the extremely long lifetimes of aircraft of this class (not necessarily supersonic).

So, for example, the American B-52 bomber made its first flight on April 15, 1952 and will soon celebrate its next anniversary - 70 years. And work on its creation began even earlier (however, on the scale of the service life, this is not so important). In addition, the United States plans to use the B-52 until 2050. Thus, by the end of this period, the aircraft will be 100 years old.

As a result, trying to define the concept of a "modern" aircraft, it is necessary to take into account not only all the variety of scenarios that may (or may not) take place "today", taking into account their likelihood and the importance of the role of the aircraft in them. But also try to predict the same set of scenarios in 20, 30, 70 and 100 years.

Such a task is tantamount to a sniper shot at ultra-long distances.

It is important to understand this in order not to be guided by the initially utopian criteria of the modernity / non-modernity of the aircraft in the future.

One of the popular arguments in favor of the dead end of the concept of supersonic aircraft DA (and in particular the Tu-160) is that supersonic is not needed. And since it is not needed, then a wing with a variable sweep is not needed either. And getting rid of it, you can simplify production, maintenance and use the usable volume to increase the fuel supply.

Let's figure it out step by step.

The first assumption is that variable sweep is necessary only for supersonic sound. This is not true. Wing parameters are important at all stages, modes and flight profiles.

In order to break away from the strip with fuel and missiles, the aircraft needs maximum lift at minimum speed, and such parameters are provided only by wings with a high coefficient. lengthening. Simply put, a glider layout is ideal for takeoff.

But as the speed increases, the situation changes.

The faster, the more sweep is optimal. That is, there is an effect in the entire speed range.

The Americans considered putting a fixed wing on the B1, limiting the flight speed. And such planes were even built. But later this was abandoned in favor of a solution with a variable angle.

“The final design of the B-1B bomber was somewhat different from the preliminary plans. They decided to leave the variable sweep wing. The maximum speed at high altitude was reduced to 1,25M. "
Note: Speeds up to 1,2M are considered transonic. The value of 1,25M looks somewhat "mocking" at all: much closer to 1,2 than to 2. But, formally, this is supersonic.

And in general, the situation with the deterioration of characteristics looks strange - the wing was left, aerodynamically the glider has not changed much, in the bottom line: what will prevent it from unexpectedly flying at a higher speed? Engines? There is no guarantee that the parameters of these motors are true and they will not pull 2M. In addition, there are engines on which the plane actually flew on the 2M, since 4 such aircraft were built.
But these are "thoughts out loud" and conspiracy theories (perhaps someone will be interested in speculating in this direction).

Let's get back to the topic of our aircraft.

What is the supersonic combat radius?

Oddly enough, there are a number of misconceptions even regarding the very speeds of the aircraft. One of them: the plane will fly only 2 km at supersonic speed.

Moreover, the grounds for such a statement are posted on the website of no less than the Ministry of Defense of the Russian Federation (apparently, the table was filled in incorrectly).

However, turning to the origins of the aircraft, we can see the following.

With the specified options for the combat load from the complex it was supposed to get: range with 24 X-15 missiles - 6–100 km; with two X-7 missiles - 100-45 km; with 7 Kh-300 missiles - 8-000 km. With 12 promising missiles, analogs of the American ALCM (future Kh-55SM) -8-500 km. In this case, the supersonic flight section the aircraft was supposed to reach 2-300 km.
And all further discussion took place around the numbers, in scale corresponding to those mentioned.

That is, we are talking about the fact that the plane will fly to the target 7 km, and of them 000 - 2 km in supersonic mode.

In review articles, a speed of 1,5 M is often found (as in the table below on the website of the Ministry of Defense). Why exactly she?

Also, sometimes there are disputes about what is the cruising speed for the Tu-160, and what is not? Say, well, there is a value of 1,5. But you know what an afterburner is? If he turns it on, he will burn all the fuel in minutes.

The combination of all factors gives, in my opinion, good reason to believe that the specified parameters (7-11 thousand km with a section of 2 thousand km at supersonic) imply a non-afterburner operation of the engines with all the consequences. Moreover, in this case, supersonic is likely to mean the very same 1,5 M.

It follows from this that, if necessary, the "extra range" can be easily "converted" into speed by changing the flight mode to a less economical one.

Do not forget that the speed can also be obtained at the expense of the fuel supply.
It may sound counterintuitive, but it's not the same in the air as in a car. An overloaded aircraft increases the angle of attack, which leads to a sharp increase in drag and excessive fuel consumption. And an aircraft with a fuel reserve of 4 thousand km will fly faster in any case than a fueled one by 7 thousand km. in the same mode.

This means that if 4 km are flown to the missile launch line, the plane is quite capable of flying 000 m all this distance.

One of the strategists' advantages is based on airfields in the depths of the territory, which significantly increases combat stability (compared to advanced operational airfields, which will be destroyed first in the event of a conflict with the use of missile weapons).

But this safety comes at a price - you have to cover the same distance that serves as "protection" for the home airfield.

By simple mathematical transformations, one can understand that, all other things being equal, with a flight range of 4 km, an aircraft flying at a speed of 000 km per hour will overcome it in 1 hours.

An airplane flying at a speed of 1,5 M will do the same in 2 hours (with a short afterburner).

Taking into account the nature of the potential targets, these 2 abstract hours turn into 2 hours of the life of the airfield on which the enemy aircraft are based. Who knows how many flights will be provided from this airfield in these 2 hours? How many missiles will fly in our direction from the planes taking off?

In the case of repeated flights, this figure will increase even more.

With this in mind, speed cannot be regarded as a useless characteristic.

When may you need to "submerge"?

In addition to the obvious things (to be in time for the "holiday" and quickly leave the area) there are also less obvious ones: the use of missile weapons and a promising hypersonic one, in particular.

What is the difference between ground and air launch?
From the point of view of physics, a rocket launched from the ground must independently rise to flight altitude, in parallel with this accelerating itself to the desired speed.

Starting from an aircraft, the vertical section of acceleration is completely excluded, and the rocket is already in the rarefied layers of the atmosphere, where the resistance to movement is much less, moreover, it already has potential energy and initial velocity.

The combination of these factors has the potential to provide a significant advantage in range (although in practice this is not always realizable; after all, in order to hide from radars, the rocket must be pressed to the ground).

However, this advantage becomes more critical when it comes to the use of promising hypersonic weapons.

The fact is that for hypersonic missiles, the initial flight parameters are even more important, since their engines, aerodynamics and flight profile (especially) are highly optimized for supersonic. It is no coincidence that the supersonic MiG-31 (maximum speed of 2,35M) were chosen as the carriers of the Daggers.

As a result, the concept of a promising DA aircraft will depend, among other things, on the success of countries in the development of hypersonic weapons. Will they consider it expedient to equip strategists with such missiles - they will have to do supersonic and increase the ceiling. On the other hand, it may be preferable to keep hypersound in the armament of smaller aircraft.

Or they will act differently: by the time the PAK YES series is launched, the Tu-160 will remain in service (just like the Tu-95 now) and will be carriers of hypersonic missiles. And PAK DA is optimized for other tasks.

It is worth mentioning the Burlak project, which implied the use of the Tu-160 as a reusable first stage for launching military satellites into orbit. Now Russia is not up to such prospects. But who knows how the world will change in 20-50 years?

Taking into account all the information presented above, we can conclude that the question regarding the speed of the "ideal" modern "strategist" is a multifactorial question and it is unlikely that an unambiguous answer can be given to it (although each of us gravitates to one point of view more, than the other).

You can build a supersonic aircraft and never face a real situation that will critically require this regime (as, for example, the Americans in the case of the B-2, which alone costs as much as a third of an aircraft carrier).

And you can build a "subsonic" one and even have a mathematical justification (in the form of a probability of 80% calculated by a supercomputer (which is not required. But in fact, "draw a short match" and find yourself in a situation where the planes will be 10 minutes late at the most decisive moment confrontation.

Ctrl Enter
Noticed oshЫbku Highlight text and press. Ctrl + Enter
We are
About Stalin and KhrushchevWhat you didn't want to know about England
257 comments
Information
Dear reader, to leave comments on the publication, you must to register.