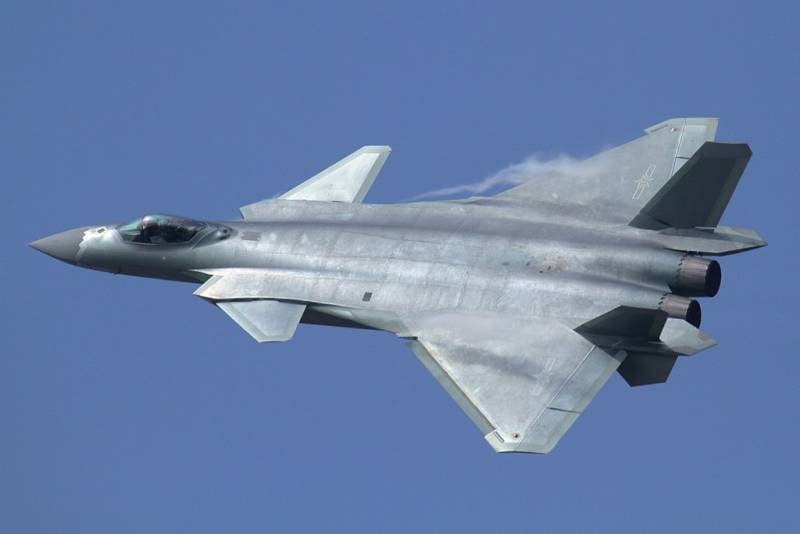 Many weapons experts have acknowledged that the American F-22 Raptor or F-35 fighter aircraft is superior to the Chinese J-20 and is capable of defeating them in aerial duels. But it is quite possible that a slightly different mission is assigned to the Chinese fighter.


Smriti Chaudhary, the author of an article published by the Eurasia Times, discusses this topic.

The Chengdu J-20 aircraft is considered the 5th generation fighter of the Chinese People's Liberation Army (PLA) Air Force. Its special capabilities are revealed by the chief designer of these fifth generation stealth aircraft, Yang Wei.

This revolutionary fighter is characterized by a long range, high decision-making speed and great firepower. According to some analysts, it is ideal for destroying American air tankers and reconnaissance aircraft.

According to Justin Bronk, an analyst at the Royal United Services Institute in London, the J-20 has the most impressive stealth currently in production or testing. It is capable of carrying an impressive amount of fuel in its internal tanks. In addition, the fuel supply can be stored in four external tanks on dumped underwing pylons. On what basis analyst Bronk concludes that it is the J-20 that has the greatest stealth among all fighters in the world is an open question.

At the same time, he believes that due to its heavy weight and low maneuverability, the J-20 cannot effectively withstand the highly maneuverable F-22 Raptor in open combat, but he is able to defeat it with the help of special tactics.

The Chinese fighter would have no chance in the limited space of the European theater of operations, but the PRC Air Force is unlikely to ever appear there. It is more likely that they will have to operate in the wide expanses of the Pacific, where they can show their advantage in flight range. If the F-22 is limited in operations with a radius of about 800 kilometers, then the Chinese fighter has more than 1100 kilometers.

Over the South China Sea, Raptors will depend on refueling planes, according to Forbes expert David Ax. And the Chinese J-20, in order to defeat the F-22, will not have to get involved in an open confrontation with them, but rather destroy the air tankers. Then the F-22 will run out of fuel, they will not be able to return to base and will simply collapse into the water, and the J-20 will still have a supply of fuel during the operation.

When classifying the Chinese Chengdu J-20 fighter, some experts attribute it to the fourth generation, noting that its characteristics do not reach the fifth.

Ctrl Enter
Noticed oshЫbku Highlight text and press. Ctrl + Enter
We are
Reports from the militia of New Russia for 27-28 September 2014 of the yearYuri Drozdov: Russia prepared the role of the sacrificial calf
48 comments
Information
Dear reader, to leave comments on the publication, you must to register.