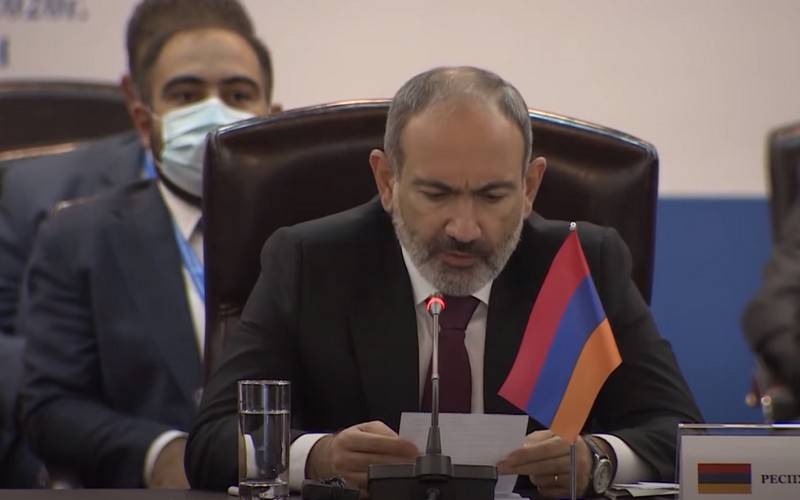 An impending assassination attempt on Prime Minister Nikol Pashinyan has been averted in Armenia. The National Security Service (SNB) of Armenia stated this.


As reported, the NSS of Armenia opened a criminal case on the fact of an attempt to usurp power, overthrow the constitutional order and preparation of the assassination of Prime Minister Nikol Pashiyan. In the framework of this case, the former head of the Security Service Artur Vanetsyan and the commander of the "Ashot Yerkan" volunteer detachment Ashot Minasyan were detained on Saturday.

According to the SNB, Minasyan, who has anti-government views and does not agree with the foreign and domestic policies of the Prime Minister, illegally acquired a significant amount of weapons, ammunition and explosives, after which he delivered all this to the territory of Armenia. After that, Minasyan conspired with party leaders and politicians holding anti-government views with the aim of physically eliminating (killing) Prime Minister Pashinyan and changing power in the republic.

Vanetsyan, Minasyan and a number of other opposition politicians have been detained, and other members of the group who were planning to assassinate the prime minister are being identified.

Recall that protests have been taking place in Yerevan for several days already, demanding the resignation of Pashinyan after he signed a trilateral agreement on an armistice in Nagorno-Karabakh.


Ctrl Enter
Noticed oshЫbku Highlight text and press. Ctrl + Enter
We are
Armenia announced the need to revise the terms of the "shameful" truceReports from the militia of New Russia for 27-28 September 2014 of the year
84 comments
Information
Dear reader, to leave comments on the publication, you must to register.