What is Trump's or Biden's victory fraught with for Russia? 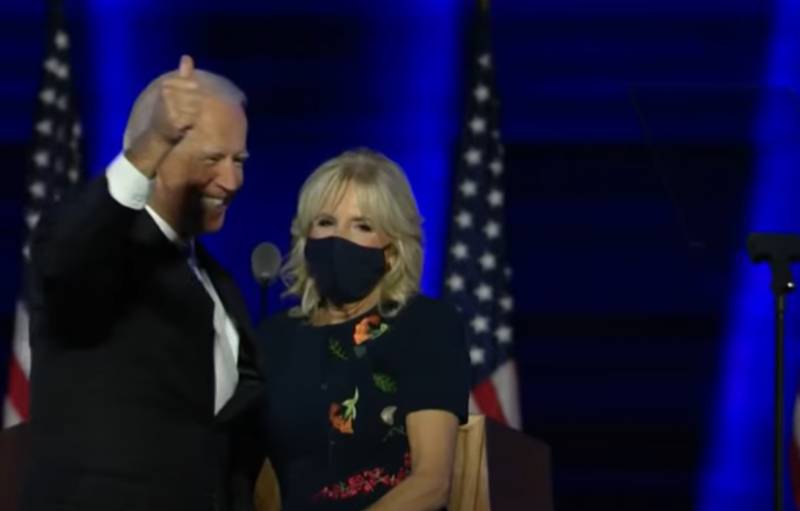 The struggle unfolding in the United States between Trump and Biden for the presidency is of interest to many, from the point of view of the consequences for Russia if one or another candidate wins. By the number of electoral votes, Biden seems to have won, but Trump does not give up. He asserts about massive election fraud, through the courts seeking a recount of votes in fluctuating states. And how this confrontation will end is not yet clear. The main trump card in his hands is the decision of the Supreme Court on the separate registration of votes in Pennsylvania, received by mail on November 3 after 20 pm, when the voting had already ended. He expects to declare them illegal and extend this precedent to other states.

Fight not of individuals, but of clans

Some try to assess the opposition based on the personality of the candidates, their views and preferences. They are already talking about the possible vice-president Kamala Harris, the subject is completely secondary and selected to play a certain supporting role. The personalities of those defending the main post in the country are not so important, since in this campaign they represent not themselves, but those who are behind them - the political and economic clans. In this regard, the confrontation between Trump and Biden should be viewed not as a personal fight, but as a struggle between two clans, and analyze the goals that they pursue.

In the United States, the interests of the international globalists, represented by the Democratic Party, and the conservatives, who rely mainly on the Republican Party, clashed. That is, an irreconcilable struggle is not so much between Trump and Biden, but rather between conservatives and globalists. American elites of opposing clans stir up the emotions of the population and pull them over to their side in order to seize power, defeat the enemy and implement the policies of their clans.

It should be noted that there was no such tough confrontation before. The American ruling class has always compromised and agreed on who and how would govern the country. The war for leadership between the US Democratic and Republican parties has escalated not now, but with the election of Trump for his first presidential term. Since then, the opponents have grabbed each other's throats and are ready to bring the country to a serious internal confrontation, which is fraught with serious shocks in the United States and the world.

American society is divided approximately in half and advocates different views on the internal structure of the country and the role of the United States in the world. The contradictions between globalists and conservatives have reached their limit and are ready to erupt at any moment. 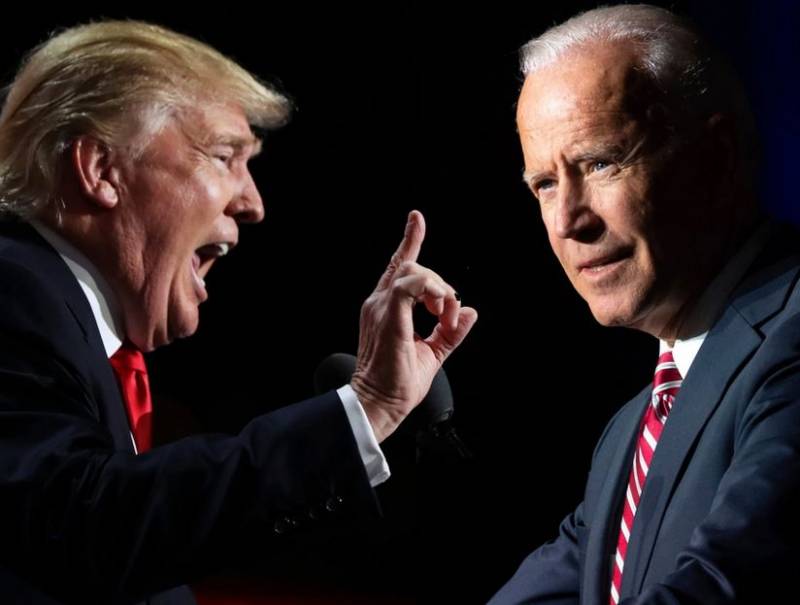 Goals and interests of globalists

Why is the fight so fierce? The international system of domination of financial capital based on a single international currency in the form of the dollar, built by the globalists over the past decades, is beginning to collapse. An inflated financial bubble that is unable to withstand the growing contradictions between the huge mass of unsecured money and the lack of a sufficient amount of produced product is bound to burst. The outbreak of the international economic crisis only accelerates this process, and nothing can stop it.

Globalists have set a goal in the interests of transnational corporations through financial capital and international structures (such as the International Monetary Fund, the US Federal Reserve System, the World Trade Organization, the World Bank, the European Bank for Reconstruction and Development) to rule the whole world and subordinate it to the financial international. The mechanisms of global subordination were well developed and under the guise of the "missionary role of promoting democracy" were widely implemented throughout the world.

Through political and economic pressure and blackmail, enslavement with loans, organization of color revolutions and coups d'état (up to foreign intervention in countries pursuing policies in their national interests), governments were overthrown and forces loyal to globalists were brought to power. This clan defends a rigid international division of labor, in which high-tech production is located in the countries under their control, while the rest are assigned the role of a raw material appendage and a sales market.

After the collapse of the Soviet Union, the globalists achieved uncontrolled domination of financial capital around the world and built a unipolar world led by the United States. The rebuilt financial system could not withstand such a load and overstrained. In anticipation of the imminent collapse, American conservatives decided to take revenge, bringing Trump to power in 2016. Such a confrontation can end only with the destruction of one of the competitors. Therefore, the two clans are fighting so fiercely for power: for them it is a matter of life and death. To save themselves, the globalists are trying to shift the emphasis from internal American problems to external ones and exacerbate the international situation to the limit.

For globalists on the world stage, the main political enemy is Russia with its enormous resources, educated and passionate people and an efficient army armed with a powerful nuclear weapon... They have made and will continue to make efforts to weaken the influence of their main enemy, destabilizing Russia from the inside and destroying the post-Soviet space through color revolutions and coups, forming an image of an enemy and aggressor in Russia.

Aims and interests of conservatives

Conservatives are not angels either. They advocate the traditional development of capitalism with the predominance of industrial capital over financial capital, the conformity of finance to the product produced, the investment of funds in production within the country and the limitation of speculative operations around the world. Their contradictions with the globalists are irreconcilable. And each of the parties seeks to destroy the other by imposing its own line of future economic relations.

Conservatives are focused on solving domestic problems, seeking to increase the economic power of the United States by returning industrial enterprises to the country, suppressing competitors and giving advantages to American manufacturers around the world. These clans pursue an isolationist policy in the interests of their country, intervene in the international arena only where their economic interests are infringed, and strive by all available means to achieve the hegemony of American industrial capital in the world. It is not just that the main slogan of Trump is the slogan "Let's make America great again."

The main enemy of the conservatives in the international arena is China, with its huge industry and the ability to inundate the whole world with its products. Trump unleashed a trade war with him and accomplished a lot by getting him to buy American goods. For conservatives, Russia is not a political, but an economic enemy on the arms and energy markets. In this regard, they are so fiercely fighting for the introduction of sanctions against Nord Stream 2, which prevents the supply of more expensive American liquefied gas to Europe.

The goals of conservatives and globalists diverge, and the mechanisms for their implementation are different. If the globalists achieve their goals through political and military pressure and blackmail around the world against uncontrolled countries, then the conservatives - through economic pressure only on competing countries, protectionism and trade wars, the introduction of all kinds of sanctions and the imposition of their products.

Globalists will continue, to please transnational corporations, the struggle to limit Russia's political influence in the world and especially in the post-Soviet space, provoke coups there and bring regimes unfriendly to Russia to power, in order to create hostile states and a zone of instability along the perimeter of the borders. They will support the liberal opposition in Russia, pushing it towards a complete seizure of power, provoke the puppet elites of Ukraine to toughen up their position on Donbass and Crimea, introduce painful sanctions in the banking sector and dual-use technologies, block and belittle the role and any actions of Russia at the international level on strengthening its influence, that is, doing everything possible to turn the main political rival into an ineffective second-rate regional power, removing the post-Soviet countries from its influence.

In the 90s, they already imposed on Russia a place in the world division of labor as a supplier of energy resources, and it has not yet gone far beyond this framework. Russia remained the world leader only in the development and production of weapons and in nuclear power (maybe even in the construction of an icebreaker fleet). In other sectors, the West and China, which is catching up, are in the lead.

In the financial and economic block of the Russian government, the globalists will support liberals who have been sitting there since the 90s and working for the globalists, who are blocking the development of the Russian sector of the real economy. Under their “wise” leadership, practically all revenues from the sale of energy resources abroad do not end up in the development of the real economy of Russia. Through financial speculation, they take them abroad to support the international currency - the dollar. Or they accumulate in the national welfare fund (where they are also not always used for their intended purpose). The globalists will naturally cherish and support this cohort of comprador bureaucracy (with the aim of increasing external influence on Russia's economic policy).

If the Conservatives win, their efforts will be focused on solving internal US problems and limiting the influence of finance capital. On the foreign policy circuit, the main front will be the economic suppression of competitors through protectionism and a set of economic sanctions. This will lead to a reduction in US interference in the internal affairs of Russia and the post-Soviet space, but an increase in economic pressure. And the Americans will squeeze Russia out of international markets, where it still somehow holds on.

It is possible that in order to prevent the collapse of the dollar financial system, the American conservatives will agree to the redivision of the world predicted by many experts into several financial zones of influence (the so-called Yalta-2) and the establishment of parity interaction between the zones. Then Russia will have the opportunity to become the leader of one of the zones and, along with China, interact with the United States, which will still strive to make its zone dominant. Trump's victory will give Russia a respite from the political pressure of the United States and an opportunity to improve its internal life and the post-Soviet space.

Russia is a geopolitical competitor for the globalists and conservatives of the United States. Therefore, no matter which clan comes to power there, relations with Russia will remain difficult. In the United States, there are no friends of Russia, there are only competitors. And confrontation with them is inevitable.

Ctrl Enter
Noticed oshЫbku Highlight text and press. Ctrl + Enter
We are
130% turnout. How Biden's "ghosts" were chosenOverseas ally? Donald Trump - US Presidential Candidate
98 comments
Information
Dear reader, to leave comments on the publication, you must to register.