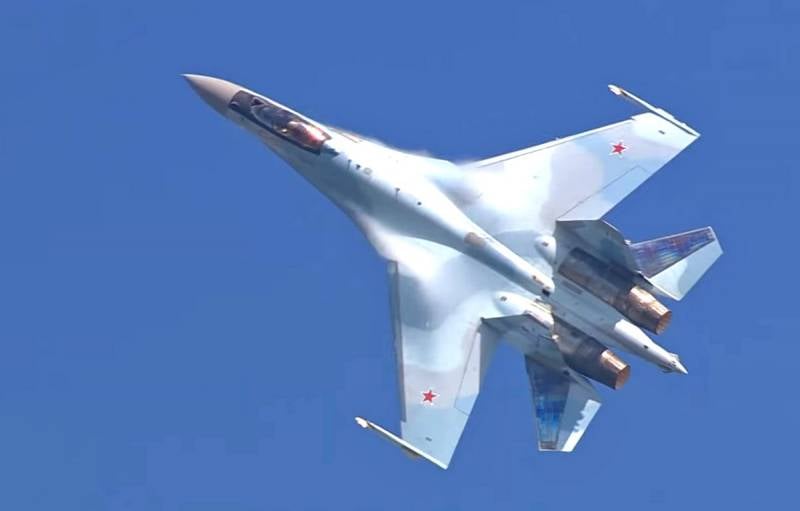 The American edition of Militari Watch has named the five most efficient fighters in service with the countries of the Middle East. At the same time, the rating did not include aircraft deployed by other states at military bases located in this region, as well as fighters already ordered but not yet delivered.

So, the rating is opened by the Russian Su-35 fighter of the Egyptian Air Force. It is reported that Egypt signed a contract for Russian heavy "elite combat" fighters of the 4 ++ generation back in 2018, and announced this only in 2019.

The Russian Su-35 fighter is considered the most efficient not only in the Middle East, but also in Africa, the newspaper writes. The aircraft has a number of advanced technologies, including a reduced ESR, controlled thrust vector of the engines, a powerful radar station, and various weapons, including air-to-air missiles with a range of up to 400 km.

Egypt intends to purchase 20 Su-35 fighters under the first contract and will probably conclude a second for the supply of an additional batch of Russian fighters. In the country's Air Force, they will replace the outdated and poorly armed F-16 fighters. 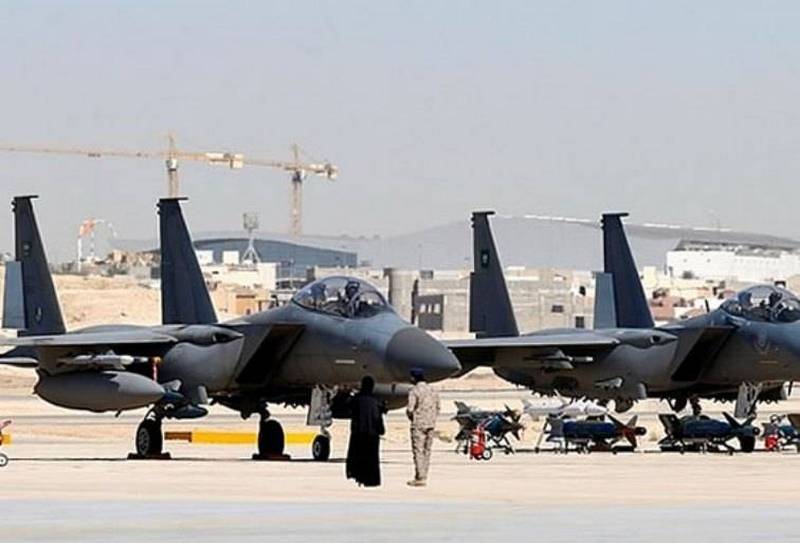 In second place is Saudi Arabia with the F-15SA (Saudi Advanced) fighter. This heavy attack fighter is the most advanced version of the F-15 in service with many countries today. The aircraft began to be delivered back in 2016, currently more than 70 F-15SA fighters are in service, as well as about 70 more F-15S fighters, which are being upgraded to the F-15SA standard, and another 81 older F-15C / D fighters. ...

According to the publication, the F-15SA lacks the F119 engines and the stealth capabilities of the F-22. At the same time, the F-15SA has advanced technologies, including new computer architecture and sophisticated electronic warfare systems, cockpit displays and data links.

The fighter develops a speed of Mach 2,5, maneuvers freely at high speeds and is capable of fighting at high altitudes. Thanks to its powerful and large radars, the aircraft has excellent situational awareness, but is not capable of using the latest missiles such as AIM-120D or Meteor. 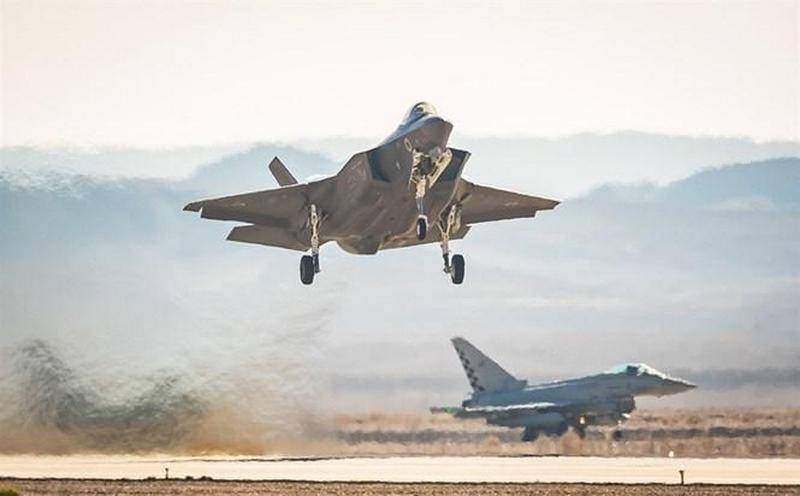 The F-35 has a number of advanced technologies and functions, it is able to remain invisible to radars and electronic warfare systems, and has network-centric combat capabilities. At the same time, the fighter has very modest indicators of flight range, altitude, speed and maneuverability. Internal weapons the bays accommodate just four air-to-air missiles, compared with 12 F-15SA and 14 Su-35 missiles.

The main problem of the F-35 is called unpreparedness for high or even medium-intensity battles, serious current problems with its design, which are not expected to be resolved until 2025. 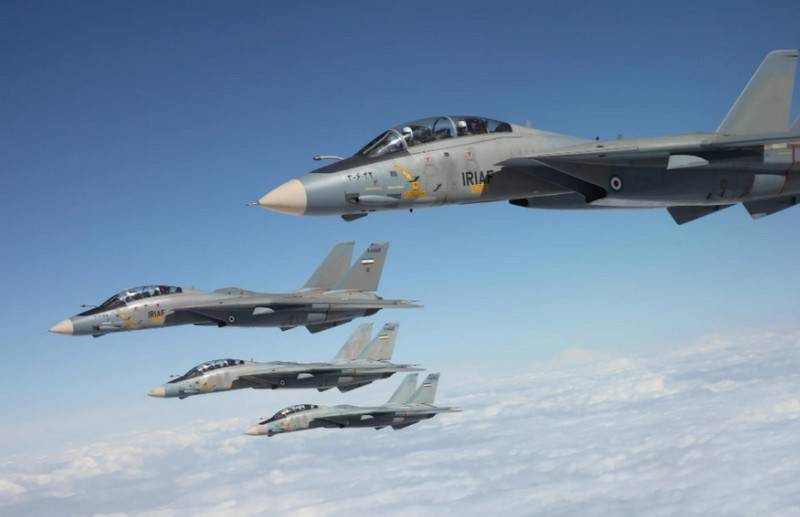 In fourth place is the Iranian Air Force F-14A fighter. The fighter delivered to Iran in the 70s of the last century was modernized by Iranian specialists, and given Iran's defense cooperation with China and North Korea, it can be stated that the fighter received additional capabilities.

Notable improvements include a powerful new radar and new air-to-air missiles. The new F-14 Fakour 90 missile is a derivative of the highly efficient American AIM-54 and has an estimated range of 300 km and speeds in excess of Mach 5, making it one of the most powerful air-to-air missiles in the world.

At the same time, it is noted that the missile turned out to be heavy and therefore the fighter can carry only six such missiles. 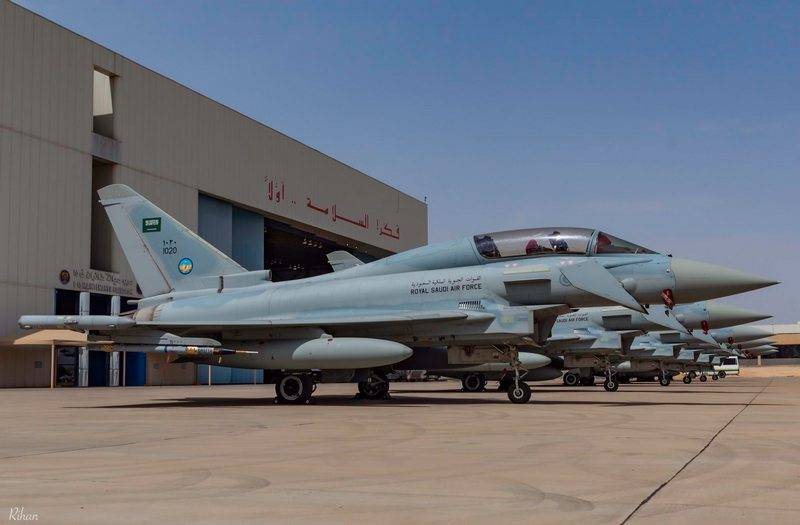 Fifth place is given to the Eurofighter of the Royal Saudi Air Force. The Saudis were the first of the Gulf countries to purchase this fighter, despite its dubious effectiveness. Its purchase was motivated by political rather than economic reasons.

In the Saudi Air Force, the Eurofighter is used as a reliable support aircraft. Unlike the much more advanced Tranche 3 Eurofighters recently ordered by Kuwait, the Saudi fighters lack some advanced features such as AESA radars or Meteor long-range air-to-air missiles.

Thus, the Eurofighter (Tranche 2) fighter has very mediocre combat capabilities at long distances, and the modernization of the aircraft is not yet planned.

Ctrl Enter
Noticed oshЫbku Highlight text and press. Ctrl + Enter
We are
Reports from the militia of New Russia for 27-28 September 2014 of the yearArmored Vehicles Market in the Middle East in 2005-2012 and forecast for 2013-2016
37 comments
Information
Dear reader, to leave comments on the publication, you must to register.