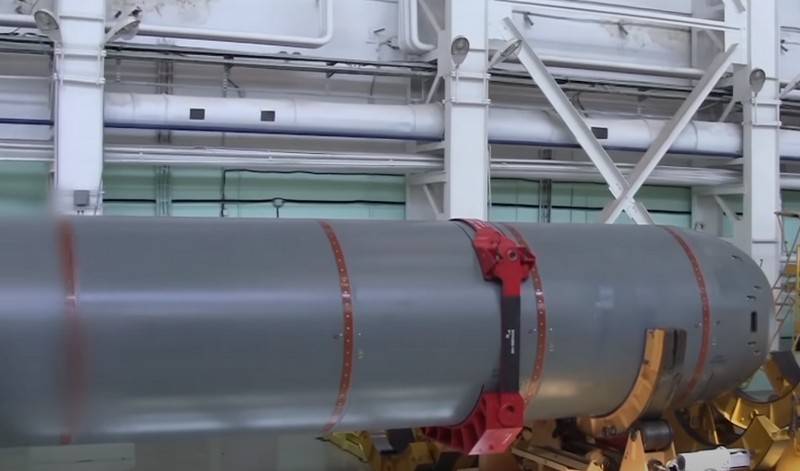 The United States is concerned about Russia's development of Poseidon Unmanned Submersibles. As the US Assistant Secretary of State for International Security and Nonproliferation Christopher Ford said, Washington doubts that the use of Poseidons during a military conflict will comply with international law.


Speaking at an online seminar hosted by the American Bar Association, Ford said the US "has reason to be apprehensive" about Russia's nuclear deterrence policy. The US doubts that the Russian nuclear weapon intended for defense only.

Of course, Russia claims that its doctrine is in line with international law, that its nuclear weapons are intended only for defense and deterrence and will only be used as a last resort. Hopefully it is
- he added.

Another development that arouses US concerns are the Poseidon unmanned underwater vehicles with a nuclear power plant and a nuclear warhead. According to Ford, the use of such devices does not comply with international law.

They are proposed to be equipped with nuclear warheads with a capacity of several megatons and launched into the ocean during a military conflict in order to unleash a radioactive tsunami on the coastal cities of the United States. Such a concept raises serious questions as to whether it can be applied in accordance with international legal norms and principles.
- he said.

Also, according to Ford, the United States is alarmed by Russia's statement that Moscow can respond with the use of nuclear weapons to any ballistic missile aimed at its territory, regardless of which charge is installed on it and regardless of where it is aimed.

Earlier, the US has already called on Russia to abandon its "terrible weapon." Billingsley, the US president's special envoy for arms control, said the development of Poseidon and the Burevestnik cruise missile is "a waste of time" since START "will ban them anyway."
Ctrl Enter
Noticed oshЫbku Highlight text and press. Ctrl + Enter
We are
Reports from the militia of New Russia for 27-28 September 2014 of the yearYuri Drozdov: Russia prepared the role of the sacrificial calf
93 comments
Information
Dear reader, to leave comments on the publication, you must to register.