Helicopters transferred to Karabakh began to cover the columns of peacekeepers 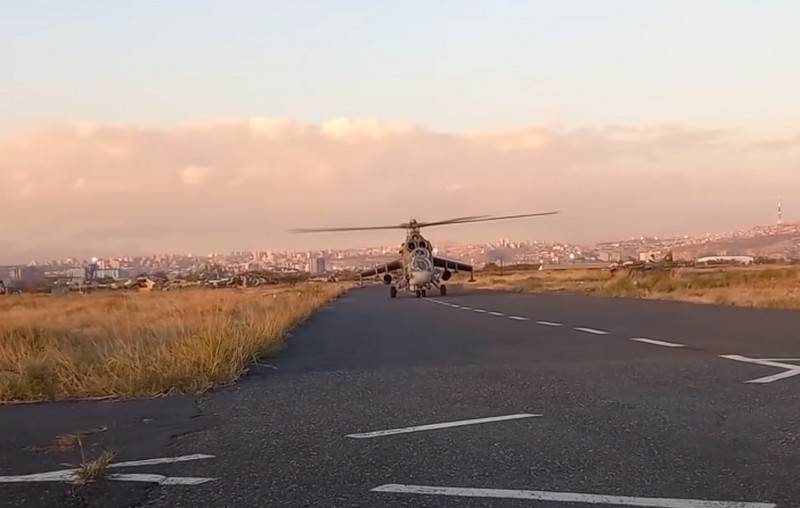 Russian helicopters Mi-8 and Mi-24, deployed to Nagorno-Karabakh, provided cover for the columns of peacekeepers marching to the deployment sites. This is reported by the Ministry of Defense.


Eight Mi-8 and Mi-24 helicopters, deployed to the Yerevan airfield by An-124 "Ruslan" aircraft, were prepared by the engineering and technical staff, after which they flew to the new deployment sites and started flying as part of a peacekeeping mission. They exercise control over the ceasefire regime, as well as escort the convoys with material and technical property and personnel.

The pilots of the helicopter squadron completed the tasks of covering and escorting the columns of peacekeeping forces marching along the routes from the Erebuni airfield to the settlements of Goris and Stepanakert
- said in a statement.


Earlier, Shoigu reported to Russian President Vladimir Putin that more than 1,1 thousand servicemen and 168 pieces of equipment were transferred to Nagorno-Karabakh in three days by VTA VKS aircraft. The crews of military transport Il-76 and An-124 made 73 flights.

In total, 1960 servicemen of 15 separate motorized rifle brigade (peacekeeping) of the Central Military District, 90 armored personnel carriers BTR-82A, 380 units of automotive and special equipment, attack and military transport helicopters, and drones will be involved in the peacekeeping mission. Peacekeeping battalions will be located in Stepanakert (South zone) and Mardakert (North zone). The command of the group will be located in Stepanakert. 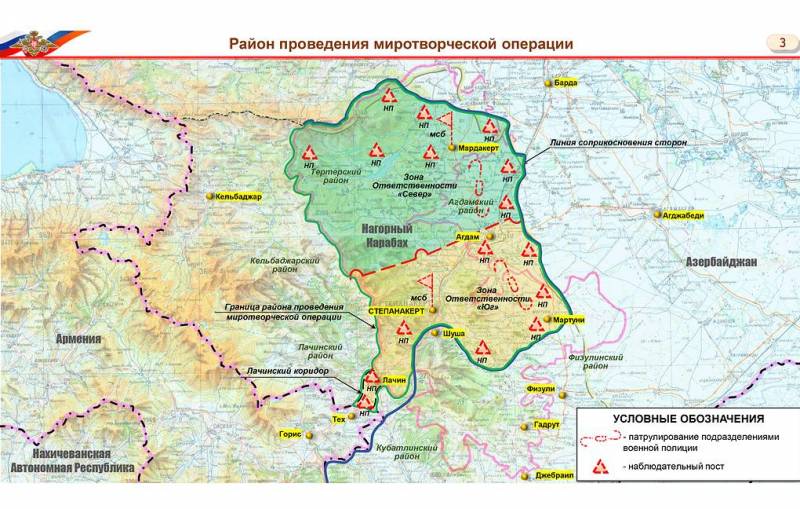 Ctrl Enter
Noticed oshЫbku Highlight text and press. Ctrl + Enter
We are
Reports from the militia of New Russia for 7 September 2014 of the yearToday, the military transport aviation of the Air Force marks another anniversary of the formation of
67 comments
Information
Dear reader, to leave comments on the publication, you must to register.