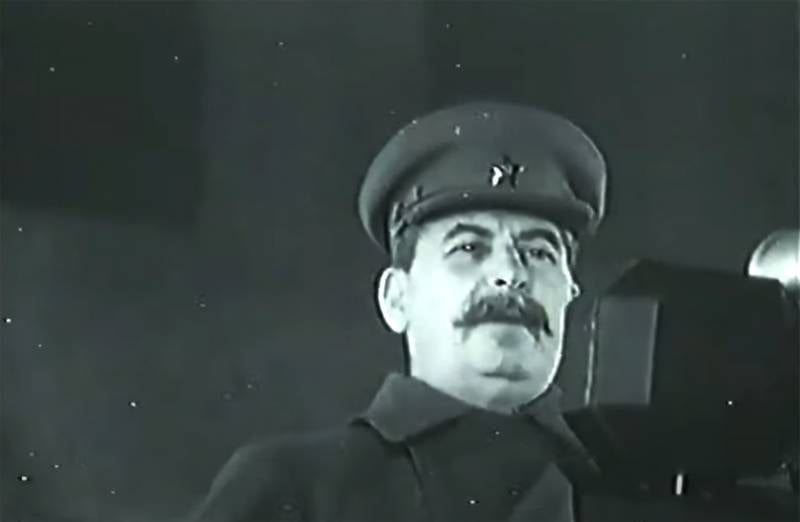 Leon Trotsky is rightfully considered the creator of the Workers 'and Peasants' Red Army. However, it must be admitted that the level of training and equipment that allowed our homeland not only to withstand, but also to win in a battle with the most powerful military force on the planet at that time - the German Wehrmacht and its many allies, the Red Army acquired thanks to the decisions adopted and implemented in life by Joseph Stalin.


Everything is learned in comparison ... The army of the Union of Soviet Socialist Republics, created in 1922, was very large. However, what was this army? Somehow the uniform and armed Red Army men were filled with fighting spirit and readiness not only to defend their country, but also "to bring liberation to all working people oppressed by world capital." That's just in the upcoming "war of motors", in which the fate of battles was to be decided not by horse lavas and dashing carts, but tanks and combat aircraft, their chances of winning were, frankly, small.

Stalin was one of those who understood this best. The first military reform, carried out in the USSR in the early to mid-20s, was aimed at reducing the number of almost five million Red Army, which in peacetime had nothing to feed and nothing to support. The army was transferred to the territorial-militia system, which, however, was combined with the personnel system. It got to the point that by 1928, almost 60% of the rifle divisions of the Red Army were "territorial", not counting even 20% of the regular number of soldiers and commanders. It could hardly be called an army at all ...

In fact, Stalin began to create real armed forces when the economic prerequisites appeared for this - in the middle of the 30s. By the end of this decade, the Stalinist transformation of the Red Army was largely completed. What were its highlights? First of all, until 1939, there were no territorial units left in the army - only personnel ones. At the same time, there was a development, and in fact, the creation from scratch of new types of troops - tank, airborne, chemical, air defense and communications, as well as others, which actually did not exist before. The Red Army was rapidly becoming one of the most modern armies in the world.

Major transformations have been undertaken to improve the country's military command structures. The main focus was on the introduction of the principle of rigid one-man command and the creation of the most efficient command and control bodies. In 1939, such a "relic" of the revolution and the Civil War as the Revolutionary Military Council was finally abolished, and the People's Commissariat for Military and Naval Affairs was transformed into the People's Commissariat of Defense. The General Staff (instead of just the headquarters) appeared in the Red Army back in 1935. Two years later, the status of the government structure responsible for military issues was significantly strengthened - the Defense Committee was created in the Council of People's Commissars instead of the corresponding Commission.

Special mention should be made of the Stalinist reform of the manning system of the Red Army. In 1939, the draft age for citizens of the USSR was changed from 21, which it had been from 1925, to 19 or 18 (for those who graduated from high school). This made it possible to more actively replenish the ranks of the Armed Forces, create a huge personnel reserve for them. The size of the Red Army has almost doubled in comparison with 1936 - up to 2 million people. By 1941, it will more than double, by the time of the Great Patriotic War, the Red Army will have more than 300 divisions, although almost half of them will be at the stage of formation. In comparison with 1937, by 1941, the staffing of, for example, the rifle units of the Red Army increased more than three times compared to 1937, and in such branches of the army as armored, automobile, air defense - more than six times!

Stalin's important military reform was a radical change in the approach both to the system of military training of the population and to the education of command personnel for the army. In 1937, there were not even 50 military schools in the USSR, at the beginning of 1941 their number exceeded two hundred. In all schools and other educational institutions, compulsory initial military and pre-conscription training was introduced, the frequency and duration of training sessions for reserve servicemen of all categories increased significantly.

In parallel with all this, the Red Army was being saturated with combat aircraft, armored vehicles and other types of weapons.

As a result, we can say that the transformations and reforms carried out in the military sphere by Stalin were undertaken in three main directions. Firstly, the transfer of the Red Army to a full cadre base and a radical improvement in the system of manning the Armed Forces with privates and command personnel. Secondly, the improvement of the structure and composition of the army - from its higher command bodies to lower divisions. Thirdly, the material and technical re-equipment of the Red Army, the creation in its structure of the most modern services at that time.

In conclusion, it remains only to note that история does not know of other examples of such deep, large-scale and successful military reforms carried out in such a short time frame and without any help and support from outside.

Ctrl Enter
Noticed oshЫbku Highlight text and press. Ctrl + Enter
We are
About Stalin and KhrushchevWhat you didn't want to know about England
172 comments
Information
Dear reader, to leave comments on the publication, you must to register.