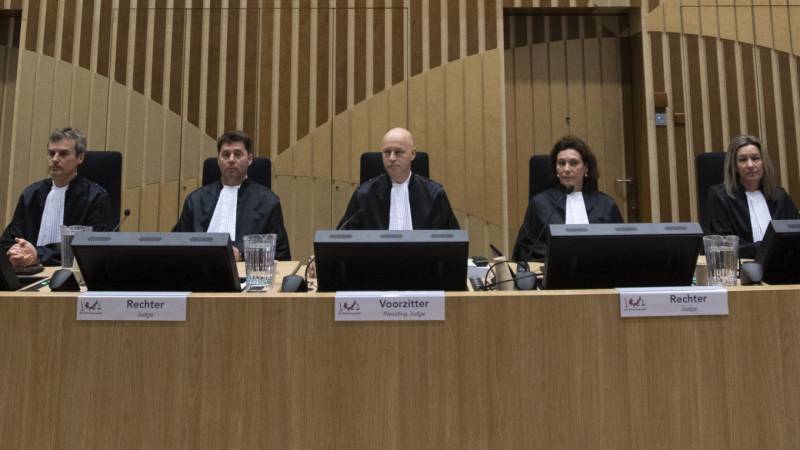 Despite the deterioration of the epidemiological situation with the coronavirus in Europe, the Netherlands resumed court hearings in the case of the Malaysian liner flight MH-17. This stage of the process may well become fateful for all of its participants - after all, if the members of the court listen to the requirements put forward by the defense and satisfy them, this, in fact, will mean the beginning of a new, objective investigation of the tragedy.


It took the judges three whole days, from November 3 to 5, in order to hear the arguments of the defenders of just one of the accused in the case - Oleg Pulatov. Initially, the lawyers demonstrated two interviews with the client, recorded by both Russian lawyers and representatives of the Netherlands. During both conversations, Pulatov, who does not in the least deny his own participation in the armed conflict in Donbass on the side of the DPR, strongly refutes the version of the destruction of the aircraft by the Russian air defense missile system "Buk". At the same time, he cites a lot of fairly serious evidence, which is simply impossible to ignore.

For example, Pulatov undertakes to argue that the militia did not have any air defense weapons, similar to those mentioned in the case materials, and were not in the territory they controlled. But he knows for sure about the presence of the Buk air defense system in the location of the Ukrainian troops stationed in the area of ​​the tragedy. His other statements cast great doubt on one of the "most weighty evidence" of the Ukrainian side - recordings of conversations of the DPR military, allegedly "intercepted" by the "nezalezhnoy" special services and "testifying" to the involvement of not only themselves in the death of MH-17, but also some "Russian military".

Pulatov assures that all these "materials" are pure fake, since for really serious negotiations, during which confidential information was exchanged, both he and his colleagues used communication systems that completely exclude the possibility of both interception and decryption. In addition, the communication was carried out using code words and designations, and not "in clear text", as it happens on the obviously forged "record" presented to the court. Also, the client himself and his lawyers point to a huge number of other inconsistencies and inconsistencies in the case under consideration.

In this regard, the defense is taking new steps, putting forward the requirement to conduct repeated interrogations of many defendants in the case, and not only the accused and witnesses. An example is the desire of Dutch lawyers defending Pulatov to talk to the ex-adviser (and now deputy) of the Minister of Internal Affairs of Ukraine Anton Gerashchenko, as well as the head of the local law enforcement agency Arsen Avakov himself. There are especially serious questions to the latter.

First of all, as to how it could have happened that literally the next day after the airliner had died, a rather strange link to a video was published on the social network, allegedly capturing the arrival of the “fatal” Buk air defense missile system on Ukrainian territory. It is completely incomprehensible why, in this case, the Ukrainian special services, which allegedly recorded the video, did not make an attempt to stop or at least trace such a dangerous cargo? And, most importantly, where did Avakov get information about what kind of missile “destroyed” the plane exactly one day after its crash, when there could be no question of any conclusions of specialists or expert data, even the most approximate ones?

Under the weight of such egregious contradictions and other questions that the defense of the accused party is currently putting before the court, the official version of the MH-17 death, which until recently seemed to many in the West as slender and well-reasoned, risks crumbling like a hastily built house of cards. But the lawyers intend to demand clarifications and clarifications from literally everyone who carried out investigative actions on this case and, in particular, issued expert opinions on it. For some reason, they are confident that their voluminous reports and memoranda are overflowing with conclusions and assumptions that have absolutely no factual confirmation, and, in fact, are a figment of fantasy.

After such an overwhelming pressure, the court decided to suspend its sessions until November 12 and later on that day, as well as the next, the defense will receive an answer from the prosecutor's office regarding its demands, which in reality mean a new investigation. It is unlikely that everything will be decided right today - according to Judge Hendrik Steinhuis, who presides over the process, he does not even hope for such a thing, which is why he plans an additional meeting of representatives of the defense and prosecution on approximately 25 November. The final decision, most likely, will be announced there.

After that, there will be another break in the court hearings - at least until February 2021. Will during this time, in search of the truth regarding the causes and perpetrators of the death of flight MH-17, a "sharp turn" will be made, will they turn from a politically engaged performance into a true investigation, honest and objective? Time will tell.

Author:
Alexander Kharaluzhny
Photos used:
screenshot of the video report from the courtroom

Ctrl Enter
Noticed oshЫbku Highlight text and press. Ctrl + Enter
We are
Commentary on A. Petrov's interview “Fire and Tactics in the Russian Army: Another Look”List of destroyed the largest and most high-tech enterprises
44 comments
Information
Dear reader, to leave comments on the publication, you must to register.