November 14 2020
282
The military conflict between Azerbaijan and the unrecognized Nagorno-Karabakh Republic (with Armenia behind) is over. Azerbaijan has a complete and unconditional victory. The enemy actually has surrender. And salvation lies only in Russian peacekeepers.


There will be many conclusions on the Karabakh conflict as information is disclosed. But already now a number of very important lessons can be learned for us.

The fact that in Karabakh everything is moving towards the "hot option" was clear several years ago. But if one side (Azerbaijan) was stubbornly preparing for this, then the other (the military-political leadership of Armenia) was preparing, in fact, for parades. 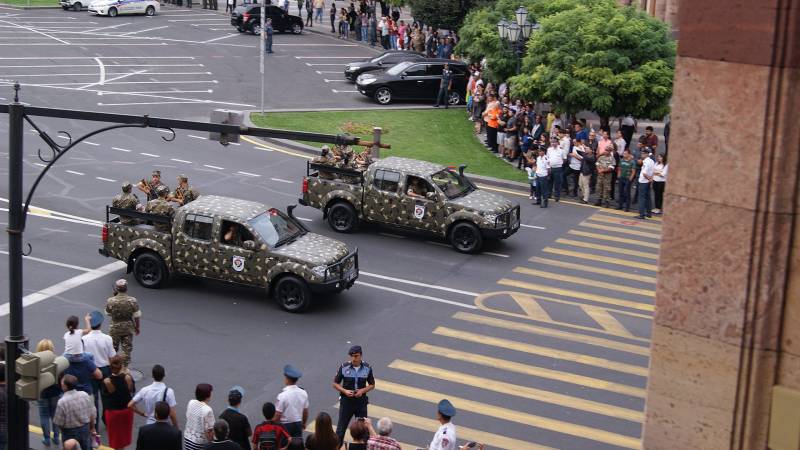 Photo: Armineaghayan, wikimedia.org
Amazingly, even the badly needed Torahs were purchased by Armenia on a modular vehicle chassis. While the difficult terrain clearly required tracked chassis for effective combat use of the air defense missile system. The decision makers simply did not think about the possibility and likelihood of a serious war.

Two quotes are worth mentioning here.

Last year I was in Tambov for many days, on a business trip. And I watched as officers in Azerbaijani uniforms (several dozen) almost in formation every morning at 7:45 went to classes at the Tambov Academy of Radio Communication. Every day, in the rain, do not care. Very organized, just like the Germans. Compared to our gouges - heaven and earth.

And the second, from the recording of the conversation presumably between Samvel Babayan and Arayik Harutyunyan ( link):

“Yesterday I tried to organize an operation with three battalions. We have four howitzers in total. If we are not provided with artillery, how will you support the offensive or cut off his (enemy's) tails? Impossible and pointless. Here is the real state of affairs ... Imagine, we have two "hailstones" for the entire army today, a dozen howitzers on which we have neither shells nor shit ... Even if tomorrow we are given a hundred "hailstones", we have no specialists that can be used to equip the crews and launch these vehicles into battle. In the last days, the artillery has been fighting / losing. Everyone is killed by drones, shells, tornadoes and missiles ... We have no ammunition. "
We are fine"? How to say. A few examples:

Ceremonial splendor and combat effectiveness. About the Main Naval Parade and not only

It is not difficult to see that in many ways the Russian Navy (and not only the Russian Navy) is preparing for parades rather than for war. We are actually repeating the mistake of Armenia, even if this is not the case in all cases.

2. "Miracle weapon" (hypersound) did not help

Today Armenia is the only operator of the Iskander-E hypersonic strike missile system (which it proudly demonstrated at parades). 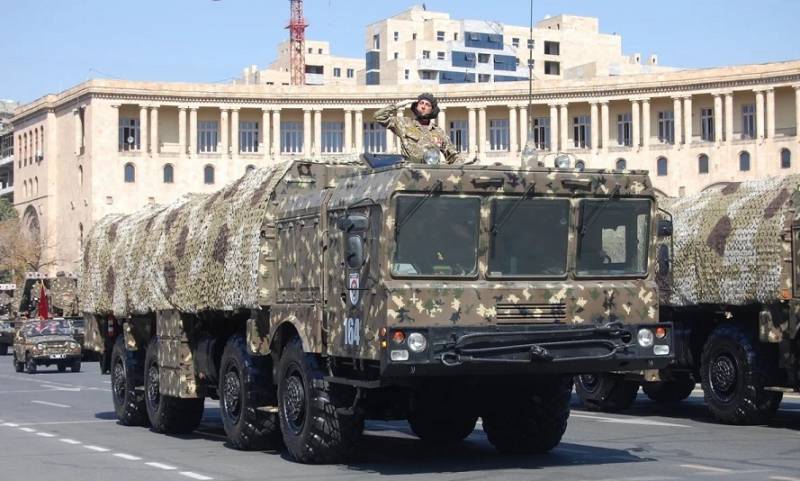 In practice, however, their near-zero combat effectiveness in this format of the conflict was revealed (although they had a certain political deterrent potential). At the same time, the fighting troops of Artsakh (and Armenia) did not even have simple UAV target designators in a minimal amount.

Of course, this does not mean that Iskander specifically (and hypersonic missiles in general) are unnecessary and ineffective. Figuratively speaking, for military policy it is "a dress coat for going out." However, on the character with “torn trousers and bare feet” (modern means of “conventional war”), as was the case in the case of the Armenian and NKR armies, this “tailcoat” was simply ridiculous.

Yes, in the Armed Forces of the Russian Federation, the situation with new tactical combat weapons is much better, but they are still not enough (and this is against the background of colossal material investments in “miracleweapon"). Just one example. Six months ago, a driver, a former serviceman of the RF Armed Forces (a sniper from Syria), gave a lift to the batteries: before business trips, people still massively throw off the batteries (and buy them on their own) ...

The most obvious example will be, perhaps, the best tactical UAV in the world in the early 2010s - Orlan-10.

Our “gallant Air Force” (in the late 2000s - early 2010s) “filled up” literally all the topics on the development of UAVs. "Orlan" was developed in a short time "under the wing" (in the system) of the Ground Forces, who really understood that they would have to fight very soon.

Yes, Orlan-10 is a success, and even a very large one. Certainly. He is one of the main "technical heroes" of the Syrian campaign. However, now we are in a situation close to the end of the 30s, when not long ago the excellent SB bomber began to rapidly become obsolete. The same thing is happening today with "Orlan". With the massive equipping of the enemy with shrapnel shells with an appropriate fire control system, the Eagles will simply "mow". Moreover, the problem (“what is needed” in the new conditions) is much more complicated than simply developing a new UAV (and requires a separate article).

With drone UAVs, the situation is even worse.

As for the “front News"On them from" Army-2020 ", then (taking into account the prices for new guided aerial bombs of the TRV Corporation lit up on the website) there are very bad premonitions about what the price tag will be for the UAV (and, accordingly, the serial production is scanty).

Despite the creation of a number of new anti-aircraft fire weapons, we have a very difficult situation with what is massively in the troops.

New "nails" (anti-UAV missiles) of industrial enterprises? The recent interview of the Chief Designer of the KBP became a "cold shower" in terms of the timing of their actual appearance in the ammunition of military air defense systems. And this for all the topicality of the topic of such missiles for "Pantsir" and "Thor".

"Derivation"? The complex, of course, is extremely useful and necessary, but the rate of admission to the RF Armed Forces - the situation with the "Armats" and "Kurgantsy" seems to hint ... which the USA went with their "Bushmaster"). Yes, this is not a 30-mm "Derivation", but this is what the troops already have in large quantities. And this is what, in a relatively short time, can massively saturate the troops with effective "anti-UAV air defense".

At the same time, we should think hard ourselves, how, for example, will the air defense of the Kaliningrad region look like during a massive strike of Polish small UAVs of destroyers? 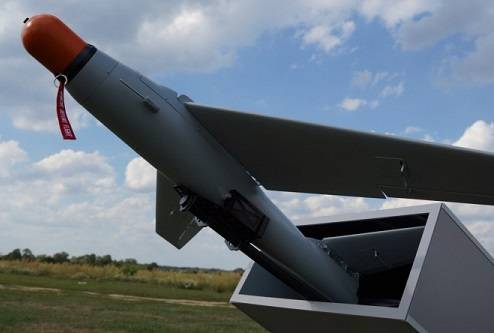 Small range? However, they are successfully used by special forces, and the experience of Syria (when similar UAVs were found near Khmeimim) more than hints ...

4. Harm of rabid propaganda, which creates a distorted idea of ​​the capabilities of the RF Armed Forces among the population

From the directive of the Deputy People's Commissar of the USSR Navy and the Head of the Main Political Directorate of the Navy, Army Commissar of the 2nd rank I.V. Rogova:
"Lies and lies in propaganda, agitation and the press discredit party political work, the naval press and cause exceptional harm to the cause ... of educating the masses."
The most serious failures and problems of the armed forces of Armenia and Artsakh were covered with propaganda chatter. Moreover, this continued practically until the end of hostilities (and the surrender of the Armenian side). 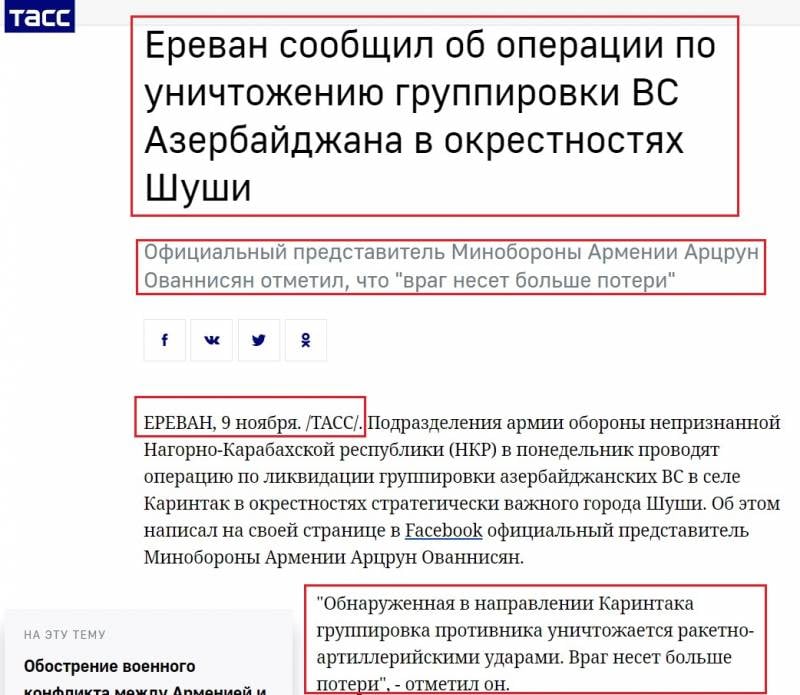 5. Underestimation of public reaction to the military disaster and lies of the leadership

Naturally, behind the lies in the media about "victories" against the background of a real military defeat in Armenia, a public reaction "blazed" in the form of mass riots, the seizure of the government building and demands for the resignation of the Prime Minister. 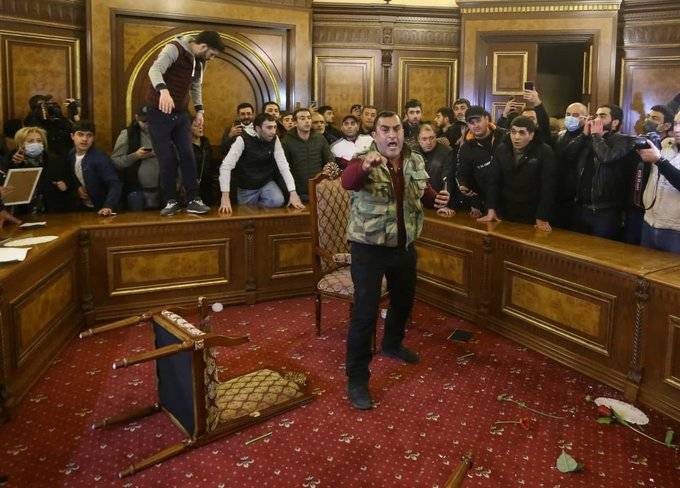 Unlike the riots in the United States, Soros had nothing to do with it. Moreover, his office also fell under the "distribution" of the crowd.

In our situation, everything is much worse, because there are professional structures preparing such actions and trained not only to competently "throw gasoline" on the "hot coals" of popular indignation, but skillfully direct it in the direction they need. Accordingly, the political consequences can be much more severe than in Armenia.

Will the Russian leadership take into account the lessons of Karabakh?

Ctrl Enter
Noticed oshЫbku Highlight text and press. Ctrl + Enter
We are
An alternative to Armenia’s entry into the Eurasian Union is warWhat you didn't want to know about England
282 comments
Information
Dear reader, to leave comments on the publication, you must to register.