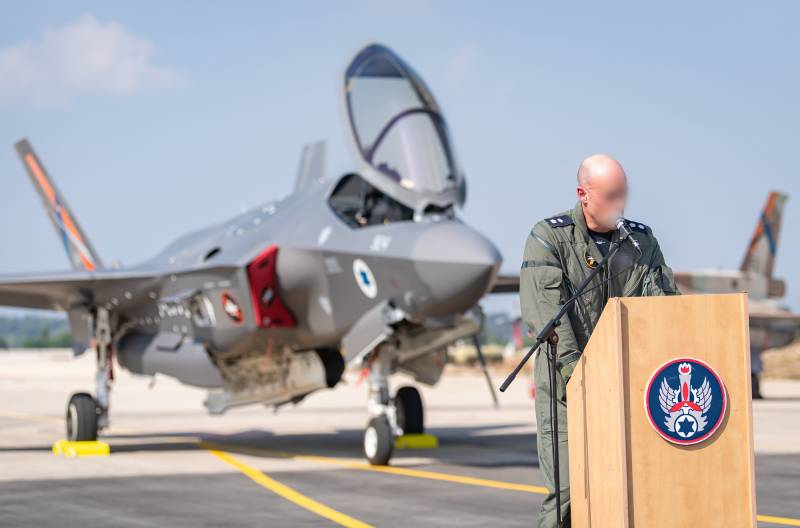 On November 11, the Israel Air Force Flight Test Center received its first F-35I Adir fighter in a flying laboratory configuration. This machine differs from the technology for combat units of the Air Force and is designed for various experiments and tests. The receipt of such an aircraft is expected to facilitate the further development of the Air Force.

The first F-35I Adir ("Mighty") were transferred to the Israeli Air Force in 2017 and began full service by the end of the year. A few months earlier, in May, it became known about the appearance of a separate order for a special version of the F-35I. In 2020, Lockheed Martin had to deliver only one aircraft of this kind to the customer, intended for use in various experiments.

The prototype aircraft received the serial number AS-15 (15th aircraft in the series for Israel) and onboard "924". It was built in early 2020 and was soon tested at an American airfield. The aircraft received numerous marks for testing and monitoring processes.

On November 11, a prototype aircraft arrived at Tel Nof airbase and was accepted by the Flight Test Center. For the first time in the past 14 years, the Center has received a fundamentally new machine for conducting test events. Now the new "Adir" is to become a platform for practicing various solutions, testing weapons, etc. It is noted that for the first time in stories the F-35 flying laboratory program will be tested outside the United States. 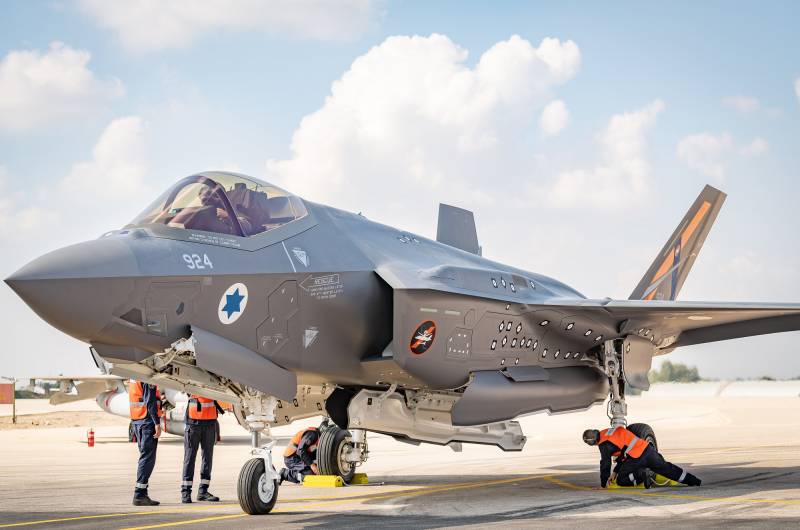 In the F-35I program, the Israeli Air Force faced characteristic difficulties. The American side seriously limits the possibilities of customers to modify and improve aircraft. When integrating equipment or weapons, the customer should contact Lockheed Martin to implement the necessary design changes or update the software.

Israel independently creates various instruments for aircraft and aviation armament. Novelties of this kind were planned to be gradually introduced on the Adirs, but the command considered it inexpedient to constantly seek help from American partners.

The way out was found. The Air Force and Lockheed Martin have agreed to transfer some technology and build an experimental aircraft. Now the Israeli side has the opportunity to carry out experiments with updating the aircraft and changing its combat capabilities. However, Israel did not receive all the documentation for the aircraft. It is impossible to make drastic changes in the design of units or software, and for this you will still have to contact the developer company.

According to known data, the AS-15 aircraft is a serial F-35I with a full complement of equipment and compatibility with standard weapons. At the same time, the design and composition of the onboard equipment has been changed in accordance with the new role. Thus, the experimental "Adir" can participate in tests, and, if necessary, join combat fighters in battle. 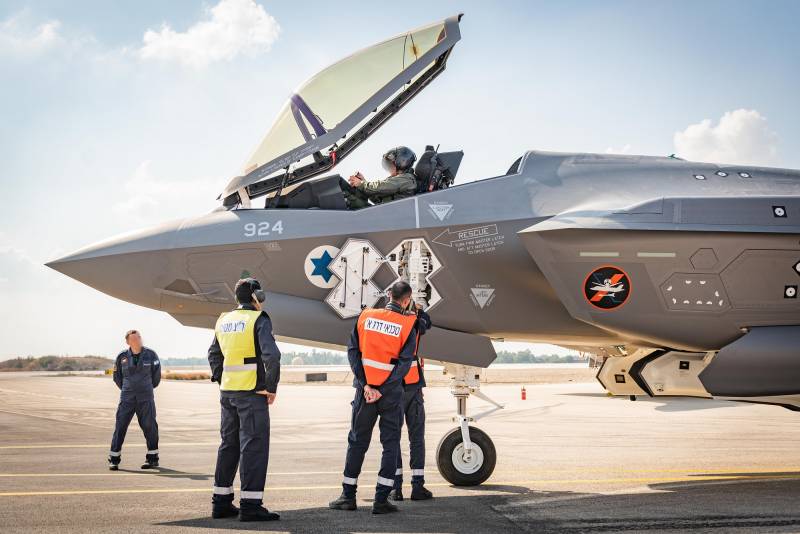 The main difference from other aircraft is the installation of a control complex. With its help, all the necessary data is collected during the flight and transmitted to the ground in real time for further analysis. The recording equipment is of an open architecture and its configuration is subject to change depending on the nature of the ongoing testing. Installation of additional sensors and devices is provided.

In the near future, American specialists will arrive at the Tel-Nof airbase, who will have to teach their Israeli colleagues to work with the instruments of the experimental F-35I. The capabilities of this aircraft are broader than those of combat vehicles, and therefore the standard training course for technical personnel is insufficient.

Earlier it was stated that the flying laboratory would be used to develop electronic systems and weapons. Recent statements from officials only mention integration weapons... Perhaps this is due to the revision and reduction of plans.

The Israeli Air Force plans to operate the F-35I fighters for the next 30-40 years. In this regard, it is required to ensure the possibility of regular modernization of equipment in order to maintain high performance and wide capabilities. During the development phase of the Adir project, the customer and contractor agreed to integrate Israeli radio electronic systems, but this does not cover future upgrades. 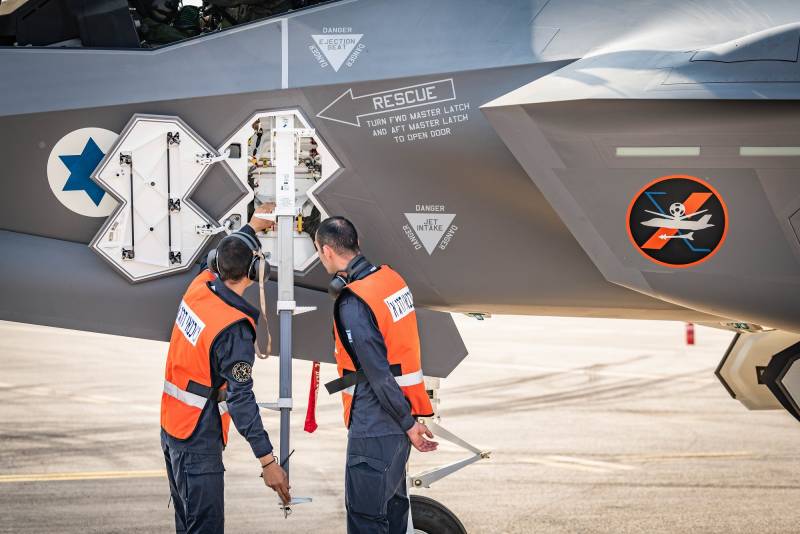 Several years ago, it was reported that the F-35I can keep standard instruments, incl. combat information management system, etc. At the same time, the Israeli side wanted to get the opportunity to replace individual devices, incl. products of our own production. A similar approach was proposed to be implemented in a complex of weapons.

At the moment, the main task in the context of the F-35I is the integration of locally produced weapons. Compatibility at the electronics level is generally ensured through the use of common data transfer standards, but development is needed at the level of devices and mechanisms. F-35s of all modifications have internal weapons bays that place special demands on bombs and missiles. In the near future, the Flight Test Center will conduct tests with the release of weapons and determine whether they are able to properly leave the cargo bay without risking themselves and the aircraft.

What types of weapons will complement the standard F-35 ammunition has not yet been officially specified. The Israeli Air Force is armed with various bombs and missiles; new samples are being developed. All of them can enter the F-35I "Adir" armament range and give it certain advantages.

According to open data, the Israeli Air Force plans to purchase up to 75 F-35I fighters. Two thirds of this amount of equipment has already been contracted, and serial production has been going on for several years. Half of the orders have already been completed, and 26 aircraft have been handed over to the Air Force. They are consolidated into two squadrons, serving and even participating in real combat operations. 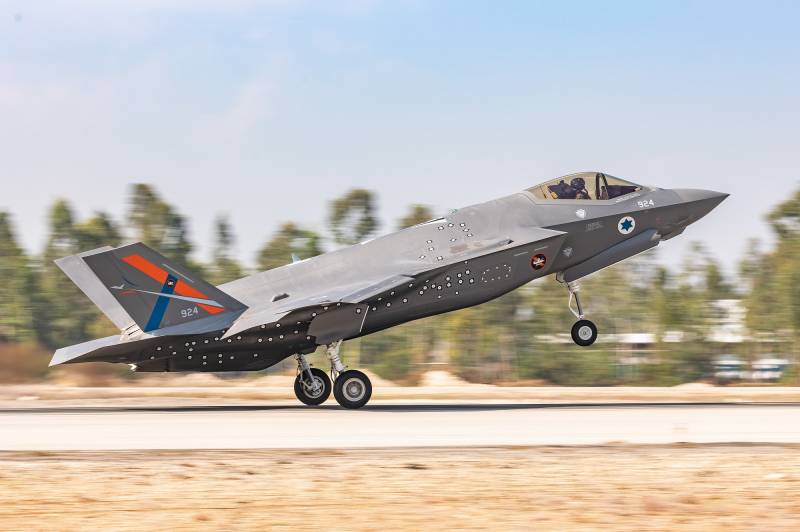 Experimental F-35I with the number "924" will continue to serve at the Flight Test Center and will remain in a single copy. Over the next decades, it will provide various upgrades. The Israeli Air Force has big plans for new equipment and, very likely, the prototype machine will not have to stand idle.

There are speculations according to which the United States may build a number of flying laboratories for its own needs. Such aircraft, equipped with control equipment, could contribute to the further development of the F-35 for the United States and other countries. However, the existence of real plans of this kind has not yet been reported, and the Israeli plane remains the only one of its kind.

Both the F-35I project in general and the construction of the AS-15 aircraft in particular are of great interest. The Israeli partners, unlike other countries, have been given great freedom of choice throughout the cooperation. At first this led to the appearance of the modification "I" with a number of characteristic features, and now the United States has built a prototype that they themselves do not have. For obvious reasons, this approach has received high marks from the Israeli Air Force.

Ctrl Enter
Noticed oshЫbku Highlight text and press. Ctrl + Enter
We are
An-12 in AfghanistanHistory of Soviet Aviation. Polikarpov P-1 - the first serial Soviet aircraft
32 comments
Information
Dear reader, to leave comments on the publication, you must to register.