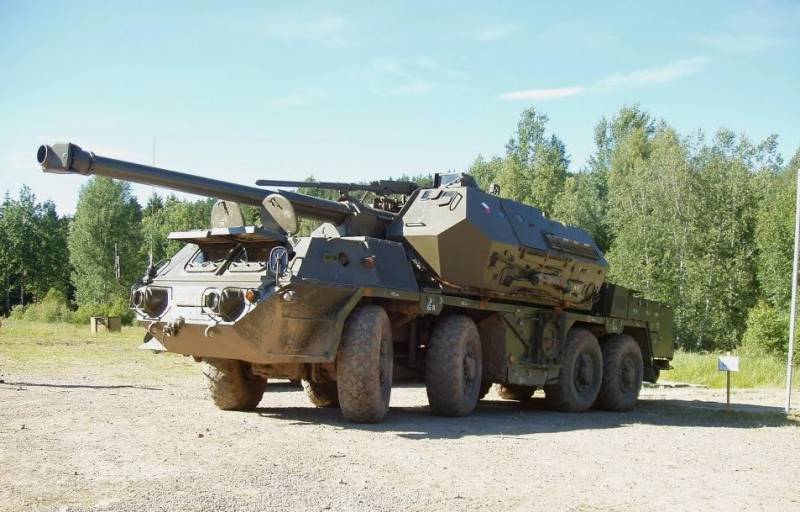 The Ministry of Defense of Ukraine purchases from the Czech Republic the decommissioned 152-mm self-propelled guns "Dana", the corresponding contract between "Ukrspetsexport" and the Czech company Excalibur Army has already been signed.

The Prosecutor General's Office, the Security Service of Ukraine and the Ministry of Defense have already received an appeal from deputy Alexei Goncharenko:

(...) The Ministry of Defense intends to purchase used, repaired and "modernized" 152-mm self-propelled howitzers vz. 77 "Dana". Excalibur Army from the Czech Republic, with which Ukrspetsexport has already signed a contract for US $ 40,3 million, may become a supplier of such products. (...) such a technique may be morally and physically obsolete. In addition, the Excalibur Army has a controversial reputation for corruption. I demand to carry out the necessary checks and urgently take action

The estimated book value of the ACS Dana ShKH vz. 77 is $ 62. The price of one modernized wheeled ACS vz. 000 Dana in the M77 version, according to the contract between Excalibur Army and Ukrspetsexport, is 2 million dollars.

For our part, we note that the purchase of 152-mm outdated self-propelled guns "Dana" raises many questions with the declared transition of the Armed Forces of Ukraine to 155-mm NATO caliber. The Ministry of Defense of Ukraine has previously repeatedly stated a catastrophic shortage of 152-mm projectiles and the lack of its own production of ammunition of this caliber.

The 152-mm howitzer-gun "Dana" belongs to self-propelled artillery mounts on a wheeled track. Created in 1976 at the ZTS-Dubnica enterprise in Czechoslovakia (now the territory of Slovakia). Introduced into service in 1977. The abbreviation "DANA" means: "auto-charge vehicle gun". In automatic mode, the gun can fire up to 7 rounds per minute. With manual loading - up to 2 rounds per minute. The maximum firing range is 18,7 km.
Ctrl Enter
Noticed oshЫbku Highlight text and press. Ctrl + Enter
We are
Concerning Anatoly Wasserman in Ukraine criminal case "for separatism"In search of available accuracy. New developments in the field of large-caliber ammunition
67 comments
Information
Dear reader, to leave comments on the publication, you must to register.