November 13 2020
316
The reason for writing this article was the spread in the information space of the point of view that the Tu-160 was conceptually hopelessly outdated in 1990-2000. Against the background of this opinion, the decision to build a large series of these missile carriers seems really insane: 900 billion rubles for a series of 50 "old" vehicles. 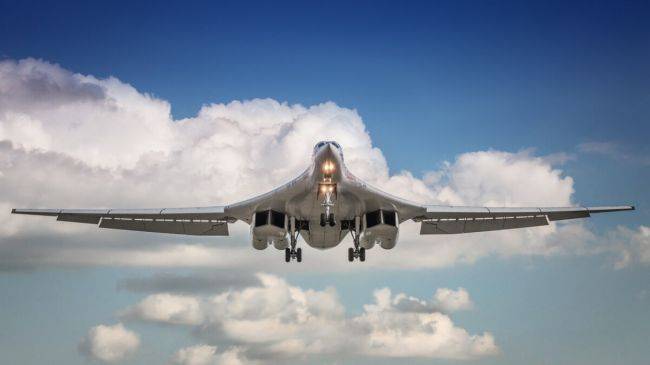 Let's cite a number of arguments convincing the opposite: the Tu-160 is indeed capable of raising Russia's defense capability to a qualitatively new level.

The main danger for Russia today

Most articles on military equipment focus on the technical characteristics of weapons. And only a few experts dig deeper and address the issues of threat priority. And also how specific weapon fits into the general concept of the armed forces. We will try.

The fact is that the issues of submarine noise and the degree of aircraft stealth are, of course, important. But at the same time, there are issues that are on a higher level and predetermine the balance of power much more strongly.

Therefore, before moving on to the usual discussions of performance characteristics, we will discuss the key nuances.

The CIA has been developing the concept of proxy war since Soviet times. In particular, Afghanistan was seen as the "soft belly of the Soviet Union."

By fueling conflicts and creating hotbeds of tension along the borders of the USSR, the United States planned to ensure that the country's military potential was dispersed over considerable distances.

During Soviet times, this strategy worked, but not much.

But with the collapse and decline of the economic and military potential of the Russian Federation, this problem has acquired critical importance.

In order not to be unfounded and to assess the scale of the problem, I propose to discuss the Tu-160.

Since everything in the world is relative, in order to understand the degree of effectiveness of a weapon, it is necessary to compare it with specific alternatives.

Let's imagine that we are building a series of 9 ships - it seems to be a lot.

The problem arises when, in order to complete the task, it is required to take into account the geographical features of Russia (its extreme dimensions) and the consequent need to divide ships between 5 fleets - that is how many of them are in the Russian Navy.

During the Soviet era, when the military budget was dozens of times larger than the budget of regional states (states whose influence was significant only in their region), the problem was not so acute, since (even "dividing by 5") the fleet had an advantage in each region over the fleets of "little neighbors".

Extrapolating such ratios, we come to the disappointing conclusion that with three times the total cost of the fleet, we will hardly be able to achieve parity with a regional country in a single region and run the risk of being “equally weak everywhere”.

All of the above is true for all types of troops: infantry, Tanks, artillery, air defense, assault and fighter aviation... All this functions only in a specific region, and in case of a change in the situation, it needs to be transferred and transported.

In this situation, it is critical for Russia to have a weapon system that could project its strike capabilities at the same time on all theaters of military operations.

Let's continue with the example of a frigate.

The frigate's strike capabilities are 16 cruise missiles (and 8 PCs).

Dividing 9 ships by 3 (we will not divide by 5, although this is a convention), we get that in a particular region there are 3 ships ready to strike within XNUMX hours.

And what happens in the case of the Tu-160 - they can all fly in a group and deliver a focused strike in one place.

In reality, there is a rotation that is 1/3. That is, only a part of combat units are in combat readiness at a time in peacetime. But since this is equally true for both ships and aviation, this does not change the proportions, as does the principle of counting.

But the difference does not end there.

What does a ship do when it fires all its missiles? Strictly speaking, it can continue to be in the battle formations of its formation, performing other functions, but its strike potential becomes zero. Tu-160 returns to base, where carts with new missiles are already waiting for it. The service personnel hit the drums with a new batch of missiles, and the blow is repeated. Again and again.

Due to the combination of points 1 and 2, the advantage of the "strategist" in practical strike potential becomes simply indecent.

The following three aspects are also added to the listed differences.

Security. Having struck a blow, the "strategist" returns to his base. The range of use of the weapon (thousands of kilometers) allows it not to enter dangerous areas to strike. But in case of danger, he can turn around and afterburner, reaching a speed of 2M, leave the dangerous area. At the same time, the basing site, although it is a stationary airfield, is located at a distance from the theater of operations, in the depths of the territory, under the cover of all air defense echelons. The ship, in the event of an unfavorable development of events, will not be able to break the distance and leave.

The direction of the strike. The effectiveness of air defense increases significantly if the direction of the strike is known. As you can imagine, a ship group can only attack from the sea. If reconnaissance manages to understand where the most vulnerable places are (taking into account the terrain, the location of air defense systems and the assessment of the results of previous strikes), then it is most expedient to deliver the next strike taking into account these new inputs. The Tu-160 has a significantly greater degree of freedom in choosing a position, which will have a positive effect on the effectiveness of the use of cruise missiles.

Response time. The ships sail slowly, and it may take a considerable time for them to reach the launch area. For example, in the case of a French aircraft carrier in Syria, a week passed between receiving the order and the start of the strikes. This demonstrates the sheer scale of responsiveness. How long will it take for a strike group of ships from the Northern Fleet to sail to the shores of Syria? (The problems in the Middle East will be relevant for a long time). All the same week. In the case of the Tu-160, less than 12 hours will pass from the moment the order is received until its execution. And by the time the KUG got into position, the Tu-160 would have been striking for a week.

In addition, this aircraft may be a component of the nuclear triad.

At the same time, the Tu-160 is the only one of the triad that is capable of war without the use of nuclear weapons.

He can react flexibly to changes in the world situation. "With a slight movement of the hand" instead of some rockets they bring up exactly the same ones, but "with mother-of-pearl buttons". Outwardly, it will not be possible to find out from the satellite: how many missile carriers, standing on combat duty, are equipped with specials. bch.

The same is true of attempts to assess overall combat readiness: all planes that are parked look the same from above.

Power projection is a geopolitical term that refers to the ability of a state to exert influence over regions remote from its territories.

The use of weapons is just one of the tools, along with the concept of soft power and economic leverage.

Of course, Russia will not be able to compete with the United States on this issue. For the projection of force, the Americans use a network of military bases around the world, aircraft carrier strike groups, as well as systemic interaction with their "allies" (integration of combat systems, common military standards, joint exercises).

But nevertheless, the Tu-160 remains one of the few instruments for projecting military power into regions remote from Russia.

The prospects for increasing the combat capabilities of the Tu-160 directly depend on the development capabilities of missile weapons, and they are enormous. The US is already equipping its B1 PCs with missiles. Therefore, the question of the potential for modernizing the Tu-160 armament complex for the next 30 years is not raised.

In our opinion, the arguments given above are quite enough to draw a conclusion that the Tu-160 is not just outdated, but surprisingly relevant, especially given the size of our country. Thus, the decision to resume the construction of these aircraft was made reasonably.

In conclusion, we note that the list of advantages of operating the Tu-160 is not limited to those aspects that have been listed. I had to choose only the main points, which can be explained without going into more complex concepts, such as the effective use of the potential of the existing airfield network, the separation of airfields for strikes in a particular region, the prospects for engine unification with Tu-22M3 aircraft, etc.

Typical arguments against the Tu-160 (high cost, maintenance complexity, etc.), most of which, from our point of view, are delusions, will be considered in the next article.

Ctrl Enter
Noticed oshЫbku Highlight text and press. Ctrl + Enter
We are
A great interview with Sergey Lavrov: about Ukraine, Obama and IranWhat you didn't want to know about England
316 comments
Information
Dear reader, to leave comments on the publication, you must to register.