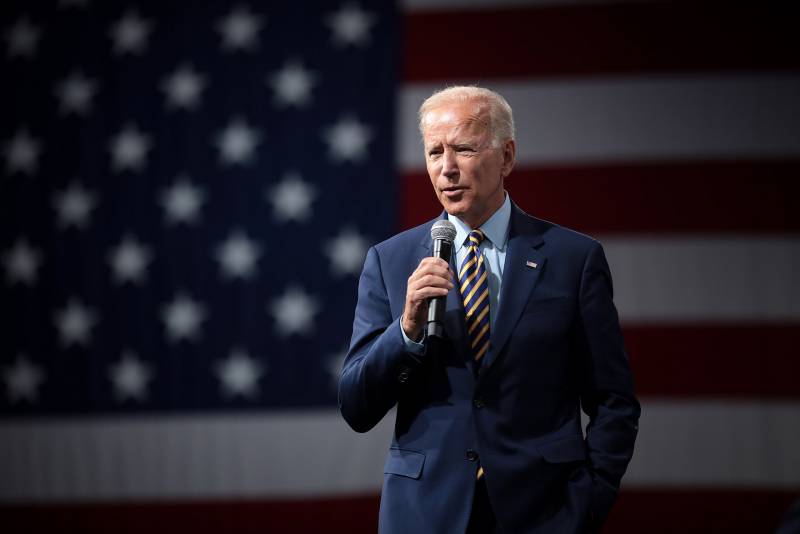 The multi-day and obscure bustle around the presidency of the United States seems to have supplanted the covid news the agenda. The lack of congratulations from President Putin added to the severity of the situation. Even the sworn enemy of the United States, Venezuelan leader Nicolas Maduro, officially acknowledged the unofficial election results:

I congratulate President-elect Joe Biden and Vice President Kamala Harris on their victory.

And congratulations never came from Moscow. This appears to be a fair reaction to the belligerent attitude, bordering on hatred, displayed by the aging American Democratic candidate. One of the signature phrases, repeated many times in Biden's campaign speeches, was the impending "hellish sanctions" against Russia and its assets. How can the President of the United States scare Moscow in five minutes? 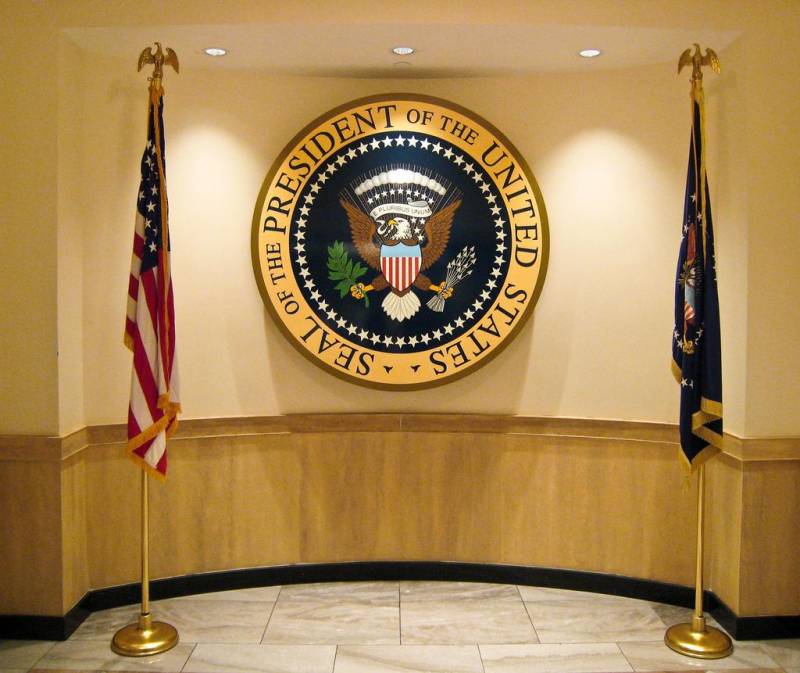 Let's imagine a hypothetical situation that Biden will nevertheless keep his promises and direct most of his efforts against the Russian Federation. Incidentally, this is not the most likely scenario for the development of the situation - the pre-election rhetoric does not always coincide with the actual presidential work. But Russia has long been not held in high esteem by the "hawks" from the Democratic Party, and they can take certain steps towards escalation. Common sense dictates that there is nowhere to expand too much: the United States has imposed 46 sanctions of various kinds against Moscow over the entire period. But in a war, albeit a cold one, all means are good. First of all, personal sanctions are assumed related to the "poisoning" of Alexei Navalny. But Moscow has long been accustomed to such things, and they are perceived purely symbolically. The likelihood of the appointment of strict sectoral sanctions because of Navalny is low - it was a long time ago, and they have already begun to forget about it even in Europe, not to mention the Americans.

The United States, as the largest economy in the world, can afford to influence other countries with the dollar, and Russia is no exception. And at Biden's headquarters, such steps have been considered quite seriously and for quite some time. Michael Carpenter, Biden's adviser known as an outright sanctions hawk, said in 2019 regarding Russia:

To have a real effect, sanctions must target the economy as a whole.
The first idea, in this regard, may be a ban on the purchase of government debt securities of the Russian Federation. This, of course, is tangible, but not in the interests of the American elite, which is investing in Russian debt. In a society that is actually split in half, and even against a nervous pandemic background, this can be perceived ambiguously. Moscow's retaliatory action will be the sale of American debt securities, which is also quite tangible for the US budget. In general, in this game, Biden can only have double-edged steps with ambiguous consequences.

Already, real investors from the United States are building pseudo-legal multistage schemes for making money in Russia. For example, the American Honeywell built a plant in the Lipetsk region through its Singapore subsidiary, and on paper the money did not come from the United States at all. In the event of an exacerbation, such multi-moves will become more and more common. No matter how hard they tried in the West, they did not succeed in bringing Russia's potential to financial toxicity.

The outcome of the formation of the Congress will be completely inconvenient for Moscow. If the majority is behind the Democrats, they will be able to push through the sanctions packages against Russia even before Biden. The most unpleasant thing is that the Congress, it seems, will be precisely democratic.
The DETER plan "On containing foreign interference in the American elections" has long been hatched, and its authors will not give it up so easily. Just a few weeks ago, a group of Russian hackers, allegedly officers of the GRU, was put on the wanted list in absentia, accused of interfering in the American elections. Isn't there a reason to launch DETER? Or DASKA "On Protecting American Security Against Kremlin Aggression", in which the word "sanction" sounds five times and twice - "restrictions".

The following were selected as the targets of the sanctions: RF sovereign debt; persons involved in “illegal or corrupt actions in the interests of Vladimir Putin”; investments in oil and gas projects in Russia; the shipbuilding industry and the banking sector. If it is still possible to come to terms with individual sanctions, then the blow to the banking sector can be tangible. Sberbank and VTB Biden, of course, are not able to close, but it is quite capable of blocking transactions in dollars - for this it is only necessary to add them to the toxic SDN (Specially Designated Nationals List) list.

This option is quite probable and, which is especially important, has long been considered by Russian analysts. At the beginning of 2019, the Bank of Russia, according to Forbes calculations, had accumulated 390 tons of dollar cash, which amounted to more than 31 billion. The problem is that by this period the Russians kept $ 90,4 billion in foreign currency deposits. In the case of a ban on transactions and with a massive closure of deposits by the population, the shortage would simply not be taken from where. Now there is no open information from the Central Bank on the account of real foreign exchange savings for a "rainy day", which causes some concern. This can be perceived as hiding information from the analysts of the US "hawks", or as a disguise of the remaining shortage from depositors. Be that as it may, Trump managed to block the launch of the DETER and DASKA projects until recently. Now all the cards are in the hands of Biden and the Democratic Congress.

By the age of 77, Joseph Biden had accumulated a bunch of inclinations and preferences, many of which can indirectly influence Russia. First of all, everyone is waiting for a thaw in relations with China. In this regard, the new president is the complete opposite of Trump, who almost sympathized with Putin, but hated Xi Jingping. The normalization of American ties with Beijing is not at all into Moscow's hands - this may, in turn, lead to a cooling of Russia's contacts with China. Biden's special relationship with Ukraine is also potentially negative. First, the United States will continue to put pressure on Nord Stream 2 and thereby increase the role of transit countries for Russian gas. Secondly, the new administration may decide to supply Kiev with a lethal weapons... Experience shows that the presence of hotbeds of tension along Russia's borders has a very bad effect on the exchange rate of the national currency, which cannot but rejoice Biden's hawks. 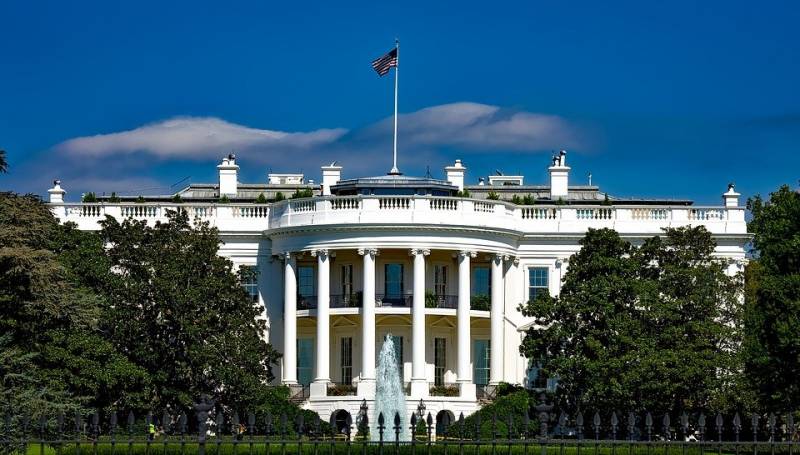 Another "feature" of the democrat-president is the energy-friendly environment. Biden plans to invest $ 2035 trillion to move to clean energy by 2050. And by XNUMX, the plans are to move to zero emissions. The president will not see the results of his "green revolution", but he is quite capable of upsetting the established balance. First of all, the world oil production with oil refining will suffer, and Russia will be one of the first to incur losses.

According to some experts, Biden will demand from OPEC to lower prices, threatening to lift sanctions from Iran and Venezuela. When these two players fully enter the oil market, the current $ 40 per barrel will seem like heavenly manna. However, here Biden has an option to play around, dump oil quotes and devalue the achievements of his own "green revolution". When hydrocarbon fuels cost mere kopecks, few will dare to switch to expensive renewable resources. The president's trump card may be a specific carbon tax (Biden's initiative), which increases the costs of producing countries. However, it is not known how the Gulf countries, friendly to the United States, will view this.

In this situation, Russia does not have many choices. We don't sell to Americans so much, but we buy enough. Moreover, some products are unique, and at first there will be nothing to replace them. For example, biotechnological products that neither China nor Europe can offer us. At the same time, since 2018, there has been a law on counter-sanctions on the part of Russia (it has not yet been enacted). One of the variants of this project considered restrictions on the export of rare earth metals from Russia to the United States, an embargo on the import of pharmaceutical products, a ban on hiring foreign workers, an increase in payments for American and European airlines for flights over Russian territory, as well as stopping the export of titanium to the United States.

It seems that the outcome of resolving this confrontation is now in the head of Joseph Biden - unfortunately, the strategic initiative is now on the American side. Hopefully, the potential of Moscow's asymmetric responses will impress the authors of the notorious "sanctions from hell."

Ctrl Enter
Noticed oshЫbku Highlight text and press. Ctrl + Enter
We are
Venezuela has closed borders. But will this help Maduro?Venezuela: a difficult new choice
127 comments
Information
Dear reader, to leave comments on the publication, you must to register.