Another serial military transport Il-76MD-90A was assembled in Ulyanovsk 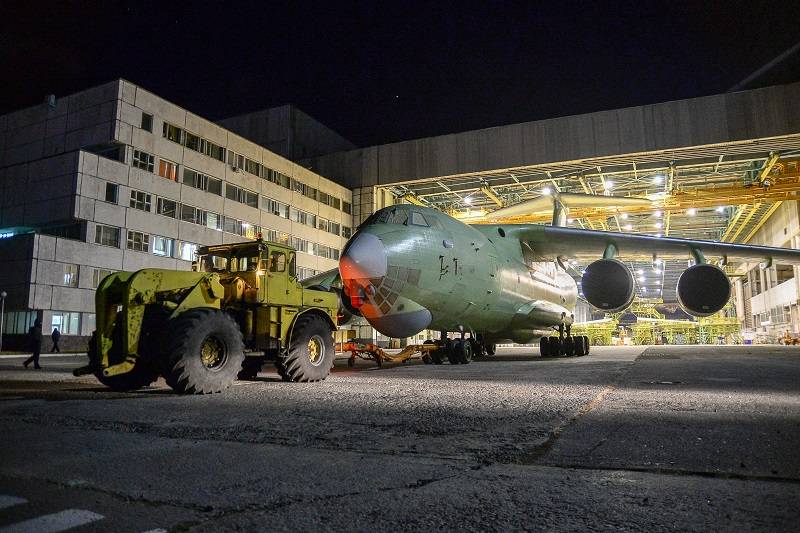 In Ulyanovsk, the next serial military transport aircraft Il-76MD-90A was assembled and transferred for flight tests. This was reported by the press service of the United Aircraft Corporation (UAC).


The new aircraft has already been transferred to the flight test station (LIS), where a number of ground and flight tests will be carried out. After all the necessary tests have been carried out, the aircraft will be painted and handed over to the Ministry of Defense for operation.

Before the transportation of the new aircraft to the LIS, the customer representatives were presented with the results of testing the fuel system and the tightness of the aircraft fuel tanks, carried out its general technical inspection, control of the shape and quality of the outer surface, and inspection of the product for completeness. After that, the work on the production stage of the final assembly was completed.
said the director of the Il-76 and Il-112V programs Oleg Siyanchev.

Ctrl Enter
Noticed oshЫbku Highlight text and press. Ctrl + Enter
We are
Today, the military transport aviation of the Air Force marks another anniversary of the formation ofIL-76MD made the first long flight in the framework of factory tests
55 comments
Information
Dear reader, to leave comments on the publication, you must to register.