Fatwa in a secular state. The decision of the Spiritual Directorate of Muslims of Russia on the inadmissibility of marriages of Muslims with non-Muslim women is discussed 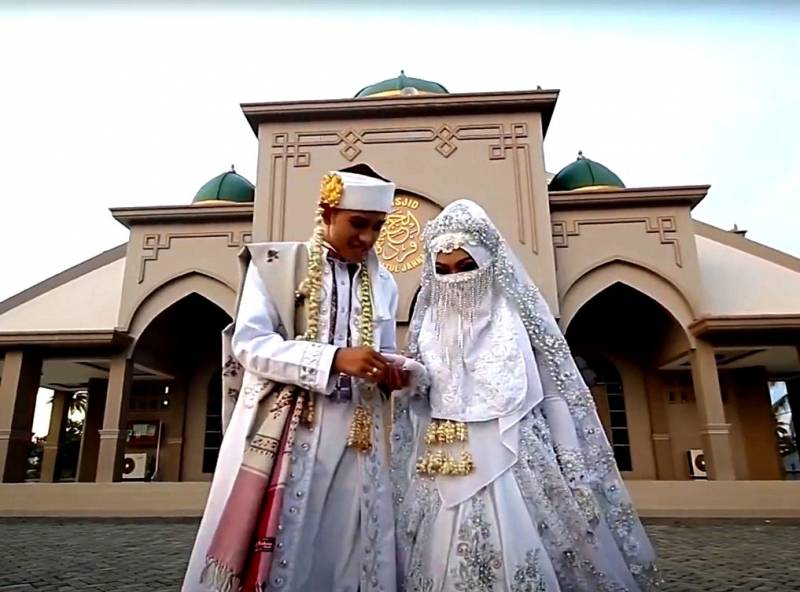 An ambiguous reaction from the Russian public was caused by the statement of the Spiritual Directorate of Muslims of Russia about the prohibition of marriages between Muslims and representatives of other confessions.


The Council of Ulema of the DUM RF issued a theological conclusion on the inadmissibility of marriages of Muslims with representatives of the People of the Book (this is how non-Muslims - Christians and Jews are called in Islam). Such marriages, according to the ulema, can be concluded only in exceptional cases when a girl recognizes Muhammad as the messenger of God and is ready to follow the instructions of the Koran. As we understand it, in fact, this means giving up your own religion.

Recall that the Spiritual Administration of Muslims of the Russian Federation controls hundreds of religious communities in the Central, Ural, South, North-West, Volga Federal Districts. Mufti Sheikh Ravil Gainutdin is the chairman of the Russian Muslim Spiritual Administration. The Mufti's residence is located in the Moscow Cathedral Mosque. The leadership of the SAM is mainly representatives of the Tatar clergy.

The decision of the DUM RF has caused an ambiguous reaction in Russian society. Some of the representatives of the Muslim clergy supported him. For example, the press quotes the words of the mufti of Chechnya: Salakh-Khadzhi Mezhiyev said that such marriages were not allowed in order to prohibit them.

Mufti of Moscow Albir Krganov, representing the Spiritual Assembly of Muslims of Russia (DSMR), stressed that in modern conditions, given the multinational composition of the population of our country, it is not worth issuing such fatwas.

At the same time, Islamic scholar, professor Roman Silantyev argues that three madhhab (law schools) of Sunni Islam - Hanbali, Shafiite and Maliki - forbids marriages with non-Muslim women, and the Hanafi, the most widespread in Russia, treats them more loyal.

Naturally, the statement of the Spiritual Administration of the Russian Federation could not fail to provoke a reaction from the secular public, which immediately became concerned: how is it that in a secular state, religious organizations dictate to whom and with whom to marry. In fact, you shouldn't worry about this.

Lawyer Timur Hardy in a commentary to Voennoy Obozreniye stressed that the position of the SAM refers to believers who respect Muslims and concerns marriages concluded according to the norms of Islam.

Of course, we are not talking about secular marriages registered with the civil registry offices. Indeed, according to Russian legislation, adult and capable citizens of the Russian Federation decide for themselves with whom and how they enter into a marriage union. It's another matter that religious beliefs impose certain obligations on a person, but this is a completely different plane than secular legal relations,
- emphasized the lawyer.

Thus, the decision of the DUM RF refers to "true believers" who want to marry according to the canons of Islam. Moreover, it is obligatory only for those Muslims who belong to the parishioners of the SAM RF. After all, it is worth taking into account the existing differences in the traditions and values ​​of different peoples professing Islam.

A stricter attitude towards the issue of concluding an interfaith marriage has always been inherent in the Muslims of the North Caucasus, while the Muslim peoples of the Volga region are more loyal in this matter, as evidenced by the large number of mixed marriages in the region and beyond.

In any case, a religious organization can issue any instructions for its followers, unless they contradict the legislation of the Russian Federation. Moreover, nothing prevents a follower of the Russian Muslim Spiritual Directorate from entering into a secular marriage with a non-Muslim woman and registering it with the civil registry authorities, only to perform a marriage ceremony according to the canons of Islam, with the involvement of a clergyman, in this case will be impossible.

Ctrl Enter
Noticed oshЫbku Highlight text and press. Ctrl + Enter
We are
Wahhabi holdingTatarstan authorities will restore order in the republic - Sharia
134 comments
Information
Dear reader, to leave comments on the publication, you must to register.