So who was Karabakh: history of the ancient region 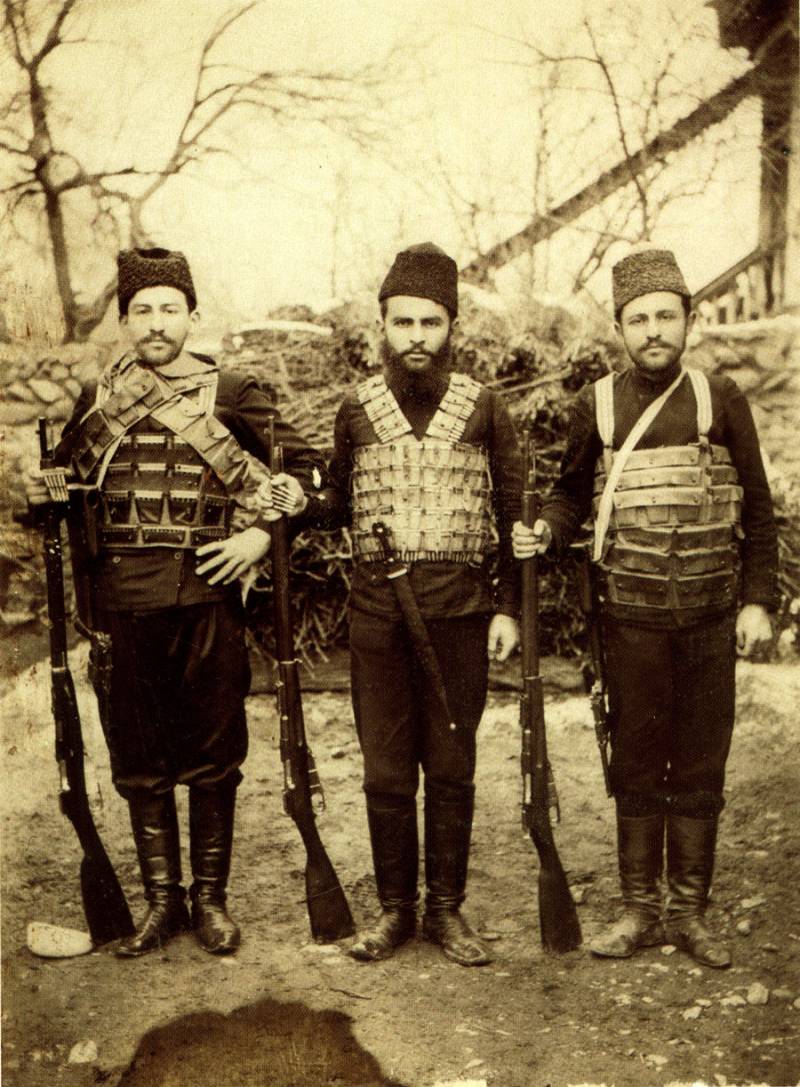 The reconciliation that has finally arrived in the mountains of the Caucasus undoubtedly evokes the most sincere joy. However, while welcoming the cessation of hostilities there, one involuntarily asks the question: "For how long?" Alas - rooted in incredibly hoary antiquity история Nagorno-Karabakh is a chronicle, in which there are much more episodes of bloody struggle and desperate confrontation than peaceful and calm periods.


If we talk about for which of the peoples - Armenian or Azerbaijani, this land is "primordial", then both sides will have to disappoint. The first on it were neither the one nor the other, but completely unknown peoples, according to historians, not even belonging to the Indo-European family. However, they were replaced by the ancestors of today's Armenians, and this was even before our era. It was then that Great Armenia existed in the Caucasus, which included these territories under the name Artsakh. But after its fall, a real carousel of changes of rulers and conquerors, principalities, kingdoms and khanates began.

Arabs, Seljuk Turks, Turkomans, nomad Mongols (by the way, who gave this land its present name, which translates as "Black Garden"). Artsakh was part of Persia, Caucasian Albania, was under the rule of Bagratids, Selefids, Beglerbeks and Meliks. Through it lay the nomadic and military paths of many peoples and tribes - both known to us and nameless ones that have sunk into eternity. It is clear that all these numerous migrations and, in modern terms, "geopolitical reformatting" were carried out according to the then traditions - that is, with fire and sword.

At the turn of the 1805th-XNUMXth centuries, Karabakh, like the rest of Armenia, found itself in a very, to put it mildly, unfriendly, predominantly Muslim environment. Neither Persia, nor, moreover, the Ottoman Empire with their aggressive expansionist policy, coupled with extreme cruelty towards “infidels”, could in no way be considered good neighbors. Like other peoples of the Caucasus, the inhabitants of Artsakh, which ended up in the Karabakh Khanate, found their salvation in the Russian Empire, under whose scepter they were accepted in XNUMX.

After that, peace and tranquility came to the lands of Nagorno-Karabakh for more than a hundred years. The Armenian population quite normally coexisted with the Azerbaijani, and there was not even talk of any "showdown" between them. This continued until the collapse of the Empire, which plunged all the peoples inhabiting it into the abyss of fratricidal wars. The first Armenian-Azerbaijani war broke out in 1918. It continued with varying success for both sides until 1920. Even then, behind Baku was Turkey, which promised the Azerbaijani side all-round support and assistance in establishing full control over Nagorno-Karabakh and fulfilled its promises with great zeal. Truly, there is nothing new in this world ...

For several years the Caucasus and Transcaucasia turned into a boiling cauldron, an absolutely unimaginable whirlwind of seizures of "disputed territories", coups, uprisings, partisan movements and just a war of all against all. The British, Americans and God knows who else tried to defend their interests there. Most of all, of course, the Turks were zealous, trying to compensate for the colossal territorial and economic losses suffered by the results of the First World War with their activity in this region.

All this continued exactly until the Republic of Soviets, which had grown stronger and had dealt with the most sworn enemies, finally got their hands on the "national outskirts". An end to the bloody mess in the Caucasus was put by the arrival of the 11th Army of the Red Army, which had before that smashed the last parts of Denikin. Ultimately, the same fate befell the Armenian Dashnaks, the Azerbaijani Musavatists, and all others who did not want to understand that a completely new time was coming. Tellingly, at that moment Turkey was vitally interested in an alliance with the RSFSR and therefore did not interfere with the establishment of Soviet power in the territories of Armenia and Azerbaijan. And she could not do it, by and large.

The issue of Nagorno-Karabakh's belonging to one of the newly formed Soviet republics was resolved for a long time and with great difficulty. One of Stalin's closest associates, Sergei Kirov, was personally involved in the demarcation of the borders in the region. After long hesitation, the choice was made in favor of the creation of an autonomous Nagorno-Karabakh region within Azerbaijan. At the same time, according to the then population censuses, the absolute majority of the population of the region were just Armenians. Nevertheless, for the 65 years that passed after that, the local land again forgot the sounds of explosions and shots, and stopped sprinkling with both Armenian and Azerbaijani blood. In the Soviet Union, "interethnic strife" was not supposed to be - and that was not.

The flames of the conflict flared up with renewed vigor in the early 90s. Direct military actions, which remained in history under the name of the First Karabakh War, were preceded by a gradual but steady and ever-increasing escalation of tension, which the then leadership of the USSR, whose actions were essentially aimed at the collapse of the country, either did not want to, or could not. Most likely - both. The movement for the "self-determination of Nagorno-Karabakh" that began with peaceful demonstrations and rallies very quickly led to pogroms, mass riots and inter-ethnic clashes with human casualties. And in 1991, after the final collapse of the Soviet Union, guns began to speak ...

The result of that conflict, which ended in an armistice in 1994, was the formation of the Nagorno-Karabakh Republic in the form in which it existed until this year. As it turned out, Baku did not put up with the defeat and the incurred territorial losses and prepared very well for revenge - in any case, much better than in Yerevan. Peace has been brought to the long-suffering land of Artsakh today. And, for the umpteenth time, Russian soldiers are carrying it. According to the agreements reached, they will have to play the role of peacekeepers in this region for at least the next five years. Let's hope that this time will not become another prologue to a new war.

Ctrl Enter
Noticed oshЫbku Highlight text and press. Ctrl + Enter
We are
About Stalin and KhrushchevErrors of Armenia and the success of Azerbaijan ("Journal of Turkish Weekly" Turkey)
163 comments
Information
Dear reader, to leave comments on the publication, you must to register.