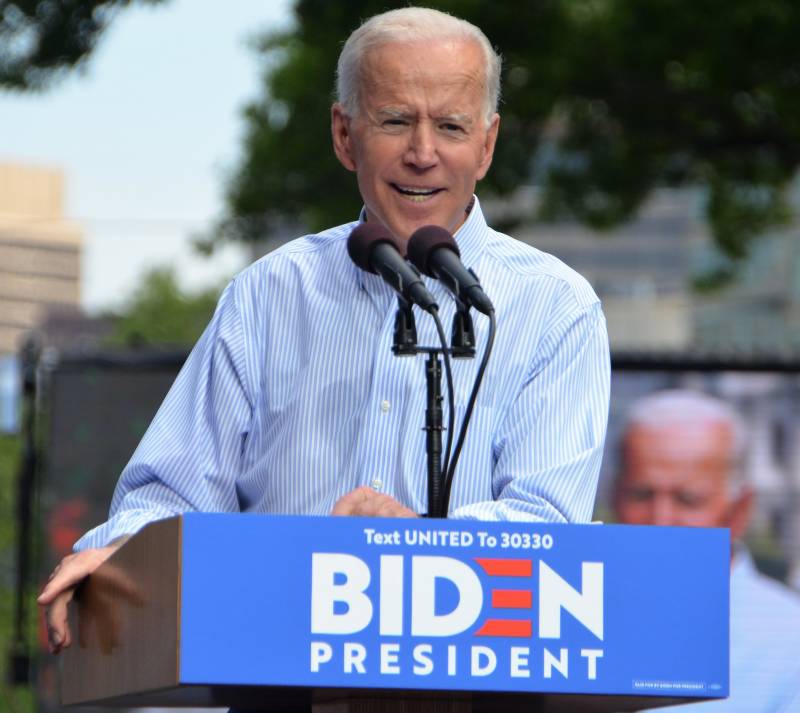 To begin with, a few numbers from the American vote from the public organization Judicial Watch. 130% - this was the turnout in the state of Alabama in Lowndes County. Observers simply compared the lists of voters with the number of citizens living on the territory who, by age, can elect a president. Remote Alaska was no exception - 111% of the voters. In Brian County, Georgia, they counted an extra 18% on top of the voter roll, and in Dallas County, Iowa, 15%. At the same time, neither the Constitutional Court nor the voters see anything prejudicial about this. How was this possible in the "most democratic" state? 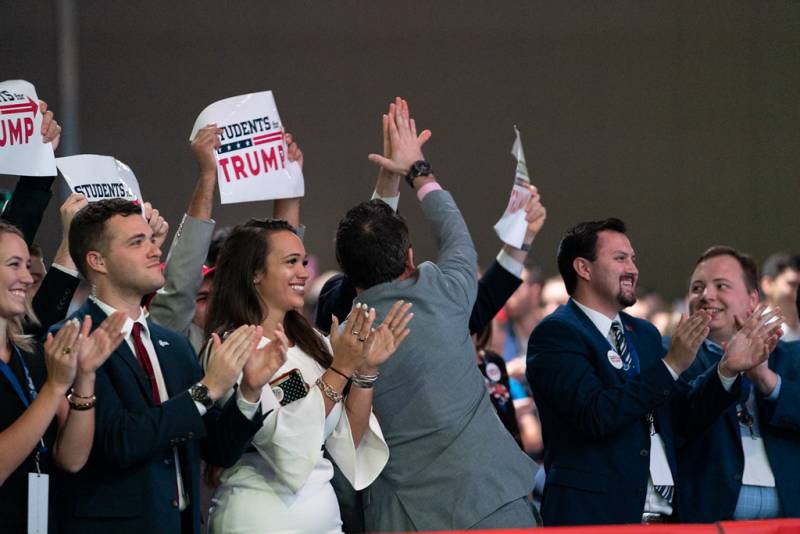 The American nation has traditionally been distinguished by an amazing fusion of innovation and outspoken traditionalism. The situation with the presidential elections in the United States is indicative in this regard. Of course, Americans can be proud that since 1789 they have kept the electoral system practically unchanged, but the pitfalls in its foundation can drive any democrat crazy. It turns out that in a state so advocating for the world domination of democracy, the fundamental principle of "one citizen - one vote" is not respected. For example, in 2000, Al Gore received 0,51% more votes from the total electorate in the elections than George W. Bush. Nevertheless, as you know, it was Bush who stood at the head of the White House - he received 271 votes from the electors, and Gore only 266. Trump, who is now recoiling from defeat, in 2016 also came to power in a paradoxical way. Democrat Hillary Clinton got 2,8 million votes (or 2,1% of voters) more than her Republican opponent, but Trump was ahead of Clinton by 77 votes in electoral votes - 304 were cast for him. Maybe that's why he so upset by the current ratio of votes - after all, last time he won with an even greater majority of votes cast for the opponent. The situation when the US population actually voted for one candidate, and the electors for another, was only possible in the XNUMXst century. In the twentieth century, American democracy has never experienced anything like this.

The institution of electors itself appeared in the United States in connection with the illiteracy of the population of North America, which was quite common for the 538th century. In such a situation, any populists, as well as outright extremists, could easily fool the brains of voters and take the helm of the state with far-reaching consequences. This is how 270 electors appeared, making up the college of the same name, on whose will the choice of the country's president depended. Usually senators, congressmen, or people close to the candidate for the presidency act as electors. It was assumed that such an elite would more accurately express the will of the population, not the most educated and versed in political intricacies. With the exception of two states (Maine and Nebraska), there is a winner-take-all principle in this situation. This principle is that the president and vice president with the most votes in the state will receive all the votes of his electors. On election day, citizens cast their vote not for a specific candidate, but for a group of people "electors" who receive instructions from their state how to vote at the electoral college. That is, the votes of those who voted against will simply not be counted! Only 5 electoral votes are needed to elect the president. The same picture is in the congressional elections. To take second place, let alone third, is useless. This is not a XNUMX% percentage barrier, as in Russia, which must be overcome throughout the country - in the United States, you must win in the state, only then you can get into Congress. More than two centuries have passed since that moment, and the situation has not changed dramatically, becoming only much more confusing. For example, the United States does not have a central body for holding elections - an analogue of our Central Election Commission. The state and other local governments, and at the federal level, the Federal Election Commission and the Electoral Assistance Commission are responsible for organizing the voting process. At the same time, the federal electoral commission is engaged only in monitoring the implementation of federal electoral laws, while the Election Assistance Commission is an advisory body and monitors the implementation of federal electoral legislation. 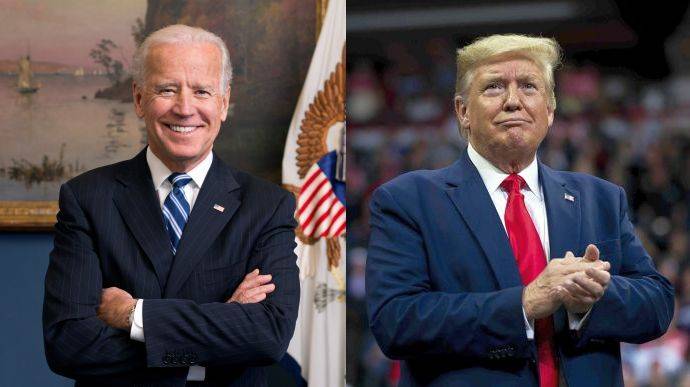 Even after a superficial analysis of the electoral system of our overseas neighbor, it becomes clear that ordinary Americans, in case of disagreement with the government, have to go out into the streets - there is often no other way to influence the inhabitants of the White House. With such a confusing and often unfair system of popular will, the United States approached November 2020. But this election seems to have bypassed all the previous ones in terms of absurdity.

The aforementioned Judicial Watch, by the most conservative estimates, found more than 2 million extra votes for Biden, most of which were cast by mail. This know-how of American electoral practice is generally separate. история... The very principle of voting through envelopes potentially allows large-scale acts of falsification, from the moment the letter is packed to storage and transportation. And if there is a potential, then there will certainly be those who say that the ballots are forged, lost or spoiled. As a result, the vast majority of the 64 million votes sent by mail, surprisingly, ended up in Biden's piggy bank. Naturally, Trump was outraged by this outcome of events, but his angry tirades were stopped in time by some TV channels - he was simply taken off the air. By the way, this became a flagrant violation of one of the main democratic values ​​- freedom of speech. Even if the legitimately elected president is being silenced on air (CNBC, MSNBC, ABC, CBS and NBC), what will be done with the opinions of ordinary Americans?

The second highlight of modern voting in the United States is the complete confusion with the rules in different states. Somewhere there is an opportunity to vote without a certificate, and in some territories it is possible to change your mind and re-cast your vote. If you want to find a country in which it is easiest to organize the notorious "carousel" at the polls, then the United States is better off. That is why foreign independent observers are not frequent guests at polling stations. Here, so to speak, the credibility of democracy allows monitoring the observance of rights remotely. And the pandemic is just the best way to help. Serious inconsistencies are observed in opinion polls among voters. Everywhere and always, they roughly coincided with the published results - deviations were observed within the statistical error. In the November elections, Biden's poll ratings predicted a brilliant victory by 15%. As a result, the whole world sees many days of fuss with the counting of votes - and Biden's advantage is only 34 thousand voters, although he gained more than 270 required electoral votes. Could sociologists and journalists purposefully shape public opinion during the presidential elections? This question will remain rhetorical, although for the majority it has a very specific answer. As well as the question, which part of the winning votes were from the "ghostly" voters? 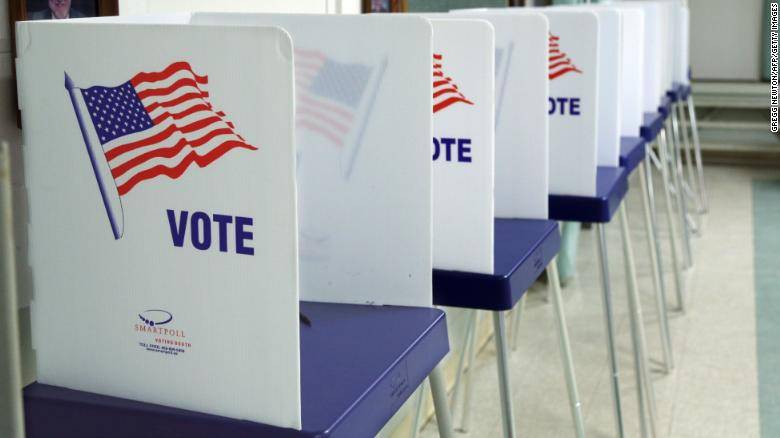 Such games with the electorate led to a part of the American community ignoring the very procedure of presidential elections - 66,9% of US citizens came to polling stations (post offices) in October-November. For a country where political life is an important part of history, this is a low figure. About 80 million Americans are not ready to choose between Trump and Biden, that is, they did not actually choose the current government. This is slightly more than 74 million votes cast for the already recognized president. For the most radical part, this means almost anarchy, which the US government can only suppress by force. The future government will have to reckon with a very resolute part of the electorate in solidarity with Trump. And, of course, the daily catastrophic increase of more than 100 thousand infected with COVID-19 will be Biden's first and, quite possibly, the most difficult test. In all the intricacies of the United States presidential campaign, the words of future Vice President Kamala Harris are very characteristic and ambiguous:
"Democracy is not a condition, but an action. America is not guaranteed it, democracy depends on our desire to fight for it, to defend it and not to take it for granted."

Ctrl Enter
Noticed oshЫbku Highlight text and press. Ctrl + Enter
We are
Major geopolitical events of the yearPresidential Election - 2012. There is a vote! (Poll)
200 comments
Information
Dear reader, to leave comments on the publication, you must to register.